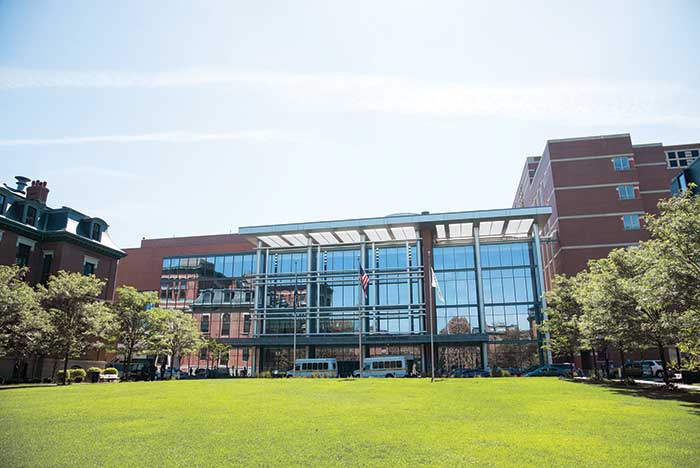 Boston Medical Center has formed an alliance to buy electricity from a large, new solar farm.

Boston Medical Center (BMC) has taken another major step to reach its goal of cutting carbon emissions by at least 50 percent by 2018 by forming an alliance to buy electricity from a large, new solar power installation in the mid-Atlantic region.

BMC, the Masschusetts Institute of Technology (MIT) and Post Office Square Redevelopment Corp. formed an alliance to buy electricity from a 650-acre, 60-megawatt solar farm on farmland in North Carolina.

Called Summit Farms, the facility is the largest renewable-energy project ever built in the United States through an alliance of diverse organizations, and is expected to begin delivering power into the grid by the end of this year, according to Health Care Without Harm, Reston, Va.

The purchase of power from this facility’s 255,000 solar panels will offset 100 percent of electricity consumption for BMC, a 496-bed academic medical center in Boston’s South End.

The purchase agreement also will offset 100 percent of electricity consumption by Post Office Square Redevelopment Corp., which manages an underground parking garage and a park in downtown Boston, and 40 percent of MIT’s current electricity use.

“This purchase is equivalent to 100 percent of BMC’s projected electric consumption, making us the greenest hospital in Boston and on pace to become the first carbon-neutral hospital in New England upon the completion of our campus redesign,” he says.

The solar installation helps to make use of a larger contiguous area than was available in the Northeast. The installation can be removed after the initial 25-year term, allowing an evaluation at that point for the best future uses of the land.

Boston Medical Center was already on target to reduce its emissions by at least 50 percent by 2018 through a $300 million clinical campus redesign that includes upgrades to heating, cooling and ventilation systems, a new biodigester to compost food waste, and other improvements. The additional carbon footprint reduction achieved through this renewable-energy agreement is expected to make BMC carbon-neutral by the end of 2018.

BMC and 20 Boston-area hospitals and health systems are working together to reduce their carbon emissions and energy consumption as part of Boston’s Green Ribbon Commission Health Care Working Group.

The commission is a group of business, institutional and civic leaders in Boston working to develop shared strategies for fighting climate change in coordination with the city’s Climate Action Plan.