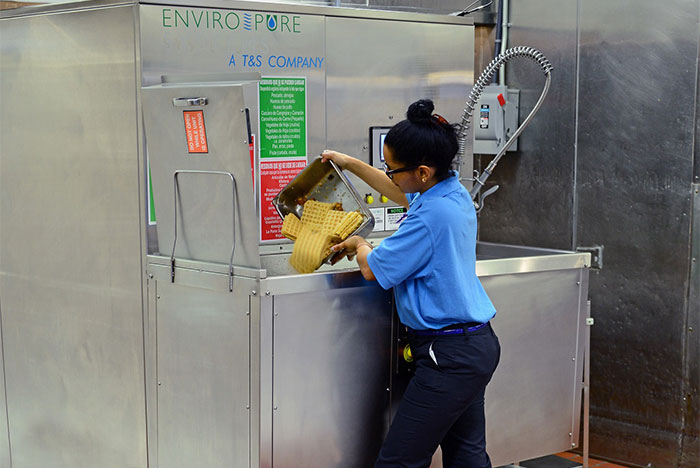 Montefiore Medical Center has diverted more than 125 tons of food waste from landfills in less than two years.

Montefiore Health System, a network of hospitals and health facilities throughout New York City and the state, is expanding its successful use of a food waste disposal system as part of its larger effort to become more sustainable.

To reach its goal of becoming the most sustainable health care provider in New York City, the health system evaluates new technology for its effectiveness. The food waste disposal system fits the bill.

Montefiore Medical Center in New York City alone has diverted more than 125 tons of food waste from landfills in less than two years through the use of a self-contained system that converts waste into safe gray water.

After determining that the New Rochelle installation was successful in reducing costs and reducing the environmental impact associated with food waste, Montefiore added a second unit at its Wakefield Campus, also in New York City, in 2015.

In less than two years after installation, the New Rochelle unit alone has processed 250,000 pounds of food waste, resulting in 233,000 fewer pounds of carbon emissions and an estimated $15,000 in savings from waste-hauling fees. Also, additional labor savings were realized over previous food waste-management practices.

The disposal system, made by EnviroPure Systems Inc., Travelers Rest, S.C., breaks down food waste in 24 hours through a combination of mechanical processing and aerobic decomposition. It produces a gray-water byproduct that meets or exceeds municipal wastewater requirements.

A 100 percent natural micronutrient additive accelerates the digestive process with no intrusive odors, invasive pests or damaging carbon footprint, according to EnviroPure.

“We were looking for a food waste-disposal solution that would help Montefiore meet its sustainability goals and improve working conditions for our food service team,” says Jeff Hogan, energy and sustainability manager, Montefiore Medical Center.

“With its ability to safely dispose of food waste and integrate into our existing workflow, EnviroPure was the ideal fit for our needs,” Hogan says.

Food waste is a nationwide issue. The Environmental Protection Agency states that in 2014 alone, more than 38 million tons of food waste was generated in the U.S., with only 5.1 percent diverted from landfills and incinerators for composting.

More food reaches landfills and incinerators than any other single material in everyday trash and constitutes more than 20 percent of discarded municipal solid waste, according to the EPA. Also, food waste in landfills produces environmentally damaging methane gas.

“We’ve not only made strides toward our sustainability goals by keeping food waste out of landfills, but also saved time and money,” Hogan says.

Reducing food waste is part of Montefiore’s overall sustainability plan that includes cutting energy use, simplifying its recycling program, reprocessing single-use medical devices and reducing the use of cleaning chemicals by environmental services.

The six-story facility offers the best of both worlds through advanced care and playful design.