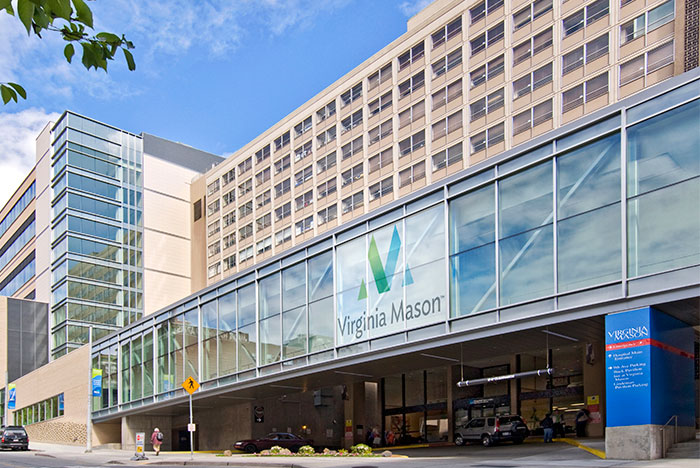 Virginia Mason Medical Center has grown into a leader of health care sustainability.

As with many health systems and hospitals, Virginia Mason Medical Center, Seattle, began its sustainability efforts with a humble recycling program driven largely by environmentally conscious nurses back in the '80s.

Today, Virginia Mason is among the nation's health care sustainability leaders to the point it has developed into a source of information for other hospitals trying to ramp up their green efforts here and abroad.

While Virginia Mason began to rev up its sustainability program back in the '90s with some energy-efficiency actions, it’s just been in the past seven years or so that the medical center took more aggressive, formal steps to intensify its efforts.

Among those steps were the hiring of its first director of sustainability, the formation of a Green Team comprising staff that volunteer to drive the program and the adoption of the Virginia Mason Production System based on that of Toyota.

In response to interest from other health care organizations, Virginia Mason created the Virginia Mason Institute to educate others on how to implement its patient-centered approach to increase quality, safety and efficiency.

Climate change has become a motivating factor in Virginia’s Mason’s ongoing drive to achieve the highest levels of sustainability, especially as leaders in the scientific and health care community support the evidence, Davis says.

Backed by strong support from CEO Gary Kaplan, M.D., the health system has produced a list of impressive sustainability accomplishments, especially in recent years, as the program has gained momentum. From 2011 through 2015, projects include:

As part of its mission to contribute to patient safety and address the impact of climate change, Virginia Mason is continually seeking ways to reduce carbon emissions. In November, it began eliminating the use of desflurane as an anesthetic during surgeries and procedures because of its known greenhouse gas-warming potential, Davis says. A 90 percent reduction in the use of the gas is projected for 2017.

Virginia Mason has gained numerous accolades, especially in recent years, for its achievements. It received a Top 25 Environmental Excellence Award from Practice Greenhealth, Reston, Va., in 2016 and 2015 as a leader in health care sustainability innovation and programs.

The quest to raise the sustainability bar never ends. Virginia Mason voluntarily pledged to reduce its greenhouse gas emissions by 30 percent by 2020, an ambitious objective.

“We’re committed to protecting the environment on behalf of our patients and future generations,” Davis says. “Planet health is patient health.”

Has your health facility implemented an energy-efficiency project in the past year?

Connectivity the No. 1 tech trend among health facilities managers

The Internet of Things, telehealth, command centers and RTLS were highlighted this year