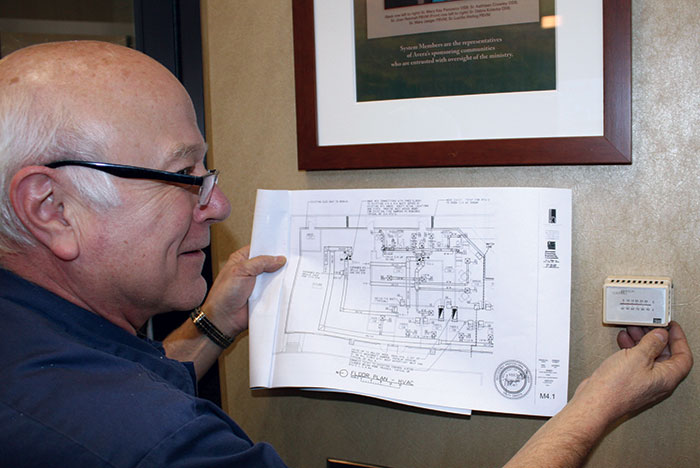 When Jim Kent was attending a Region 6 meeting of the American Society for Healthcare Engineering (ASHE) of the American Hospital Association in Rochester, Minn., he recognized energy-saving opportunities within reach for Avera Health System.

By taking actions learned from ASHE and its Energy to Care program, Kent has reduced energy consumption by 9 percent in one building on the campus over the last year even though it was operating at full capacity. The achievement has enabled the Catholic-based health system to reinvest the financial savings into patient care, while fulfilling its mission as environmental stewards.

One change involved setting the discharge air temperature in the hospital and other campus facilities on a sliding scale tied to the outside air temperature to keep boilers from running excessively, Kent says. Variable-frequency drives are installed when possible to reduce air-handler fan speeds, which results in additional energy savings.

Support from hospital leadership has enabled Kent to replace inefficient HVAC equipment with energy-saving upgrades when the payback permits; plans call for the purchase of a new air-cooled chiller that operates more efficiently at part-load conditions, he says.

Kent also has focused on improving system benchmarking and the collection of data related to operations so that he can determine if equipment is running optimally. The goal is to receive data on a daily basis, a huge improvement over the prior setup, he says.

Kent credits Energy to Care with putting him on an energy-savings track with Avera. Energy to Care shows various ways for medical facilities to increase energy savings and stay within your budget, he says.

The Energy to Care Toolkit provides information on the program at http://www.energytocare.com/pdfs/energy-to-care-toolkitit.pdf.

Hospital’s geothermal system cuts energy use nearly in half