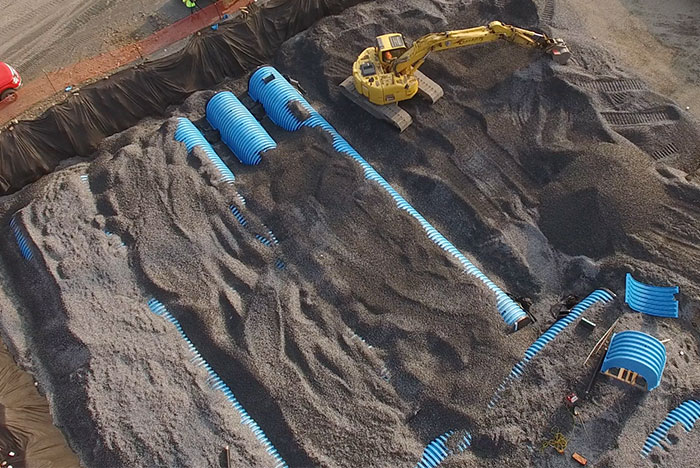 The new 38-acre campus includes a 193,000-square-foot hospital — the first one built in the county in 100 years — that is expected to house approximately 108 beds in private rooms. The hospital utilizes the latest in technology throughout, which even includes its storm water management system.

The design team at engineering consultant Pennoni Associates, Philadelphia, originally specified the use of a concrete storm water management system for the new hospital. However, the project timeline abruptly changed so that instead of having a few months' lead time, the team only had a few weeks.

The project contractor reached out to Cultec Inc., Brookfield, Conn., for help. The company’s lightweight, plastic storm water management system was available for immediate shipment and could be designed to match the pre-existing specifications to meet the project timeline and site requirements. 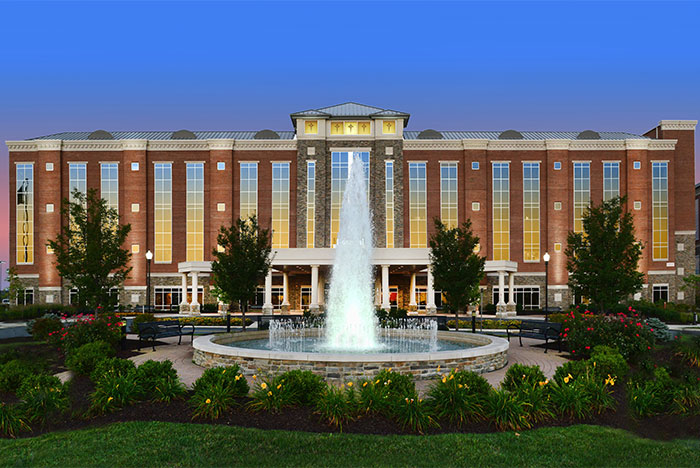 The new 38-acre campus includes a 193,000-square-foot hospital and utilizes the latest in technology throughout.

The Pennoni team consulted with Dan Gera, a designer at Cultec, to ensure that the most efficient layout could be achieved. Once the layout of the plastic storm water chambers was redesigned to accommodate such site conditions as light poles and parking islands, the project team added more chambers to the original plan to accommodate extra water storage.

In reviewing the system requirements, the technical team decided to use a combination of two chambers of different sizes in various layouts: one chamber 26 1/2 inches tall and a second 4 feet high. Linked together, the chambers form underground tunnels that can be fed from storm drains.

When they fill up, the textile that makes up the “floor” of the chamber allows the water to seep into the soil at a set infiltration rate while also preventing pollutants from entering the ground. This method of storm water runoff control can limit the risk of polluted above-ground water entering the soil.

The plastic system is easy to transport and stockpile on-site. Two laborers can install the lightweight chambers at a rate of about 30 units per hour, whereas installing a concrete runoff management system requires the use of heavy equipment.

Tom Serpico, EIT, Pennoni, worked closely with the company to revise the storm water system layout after the switch was made from concrete to plastic materials, and the change was made without a hitch.

“This was relatively easy (to revise) because of how the Cultec system is designed; we could move units around like puzzle pieces and reshape the system as needed. From a design standpoint, it was very straightforward,” Serpico says.

The next step was to meet the construction site requirements, which included extreme variations in elevations. Typically, chamber systems are installed in a single layer within a set elevation. While there were certain areas of the site that would accommodate a standard design, other areas were too deep for even the largest plastic storm water chamber.

The design team employed a double-stacked tiered system with the smaller chamber to address the deep elevations and high-storage requirements. The larger, ultra-high capacity chambers were used in other areas of the site.

In addition to being available and with less lead time than a competing concrete system, the lightweight, palletized system was easy to transport and move to different areas of the construction site. This resulted in reduced need for heavy construction equipment and potential project delays.

In total, the Monroe Campus storm water system provides 173,423 cubic feet of water storage, compared with the average project that generally ranges around 10,000 cubic feet, depending on the criteria of the development.