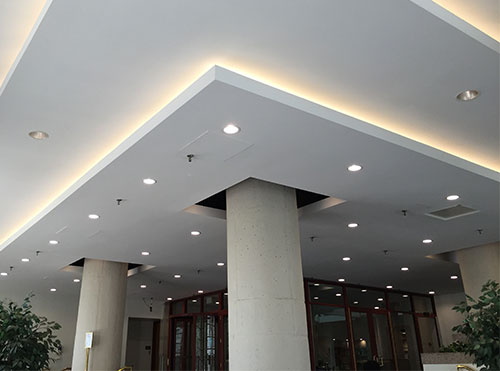 When it comes to sustainability projects that result in a big bang for the buck, improving lighting tends to be one of the first on the list. In fact, in our 2015 Health Care Facilities Sustainable Operations Survey, respondents reported that transitioning to energy-efficient lamps, installing LED exit signs and installing occupancy sensors to reduce lighting use were three of the top five energy-management initiatives used to reduce costs. Technology upgrades for plant equipment, and upgrading building control and automation systems rounded out the group.

LED retrofits also often come with incentives because the lower rate in energy use behooves utility companies as well. For instance, Massachusetts General Hospital (MGH) created a strategic energy master plan in 2014 and since then has worked with Fairbanks Energy Services to secure $727,000 in utility incentives by implementing several LED lighting and advanced building-control retrofits.

One of MGH’s latest projects was at its Yawkey Center for Cancer Care. The project consisted of replacing 890 fluorescent fixtures with energy-efficient LED lighting, a third of which were equipped with automated granular dimming that adjusts lighting according to occupancy and daylight harvesting. Wattage of existing fixtures went from 90 watts down to 12, equating to an 87 percent decrease in energy use. This has helped MGH to reduce energy usage by 445,000 kWh at Yawkey Center. 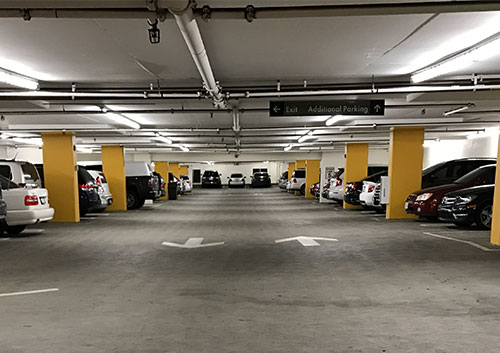 The Children’s Hospital Los Angeles (CHLA) was the beneficiary of an LED lighting retrofit for three of its multilevel parking garages, including two employee parking garages and one underground patient parking garage. SCS Energy Solutions partnered with the hospital’s parking operator to replace more than 2,000 outdated lighting with energy-efficient LED luminaires for zero cost to the hospital. The project also included changing pole-mounted fixtures. Although CHLA spent no money to complete the project, it will reap numerous cost-saving benefits.

The project will save 580,261 kWh per year, with an annual estimated cost savings of $84,137. Over a 10-year period under the same rate, the hospital will save $841,378 on energy expenditures. The substantial upgrade also qualifies CHLA for LEED certification. Much of the project was funded by the Los Angeles Department of Water and Power’s Commercial Lighting Incentive Program.

Software companies move the needle in expanding access to care.