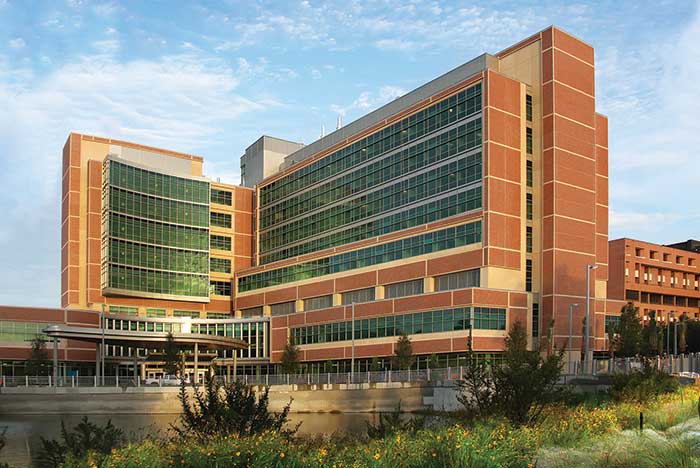 After taking steps to optimize the integration of its building automation system (BAS) with other engineered systems, the University of Florida (UF) Health Shands Hospital, Gainesville, saved $5 million over a five-year period and continues to reap the financial benefits of actions taken at its campus.

Along with ongoing savings from the optimization, the health system also improved operational and facility staff efficiency by reducing building system alarms by 80 percent and work orders up to 60 percent through tighter system controls. Patient comfort improved at the same time.

A key to achieving the savings and comfort involved learning how to utilize the existing BAS to obtain the most useful data possible from tens of thousands of sensors embedded throughout mechanical systems on the 3-million-square-foot campus. Staff now troubleshoot system problems as, or even before, they occur.

Brad Pollitt, vice president of facilities, and Mark Dykes, energy projects manager, both at UF Health, started their energy-saving mission by reprogramming mechanical system operations in a campus surgical center, which resulted in a 25 percent energy reduction in one month. They expanded their energy reduction efforts one building at a time.

“The story of our energy gains is that they’ve been incremental and they’ve been deliberate. It’s been a series of steps as we went after places where energy is expended,” Pollitt says. “The key is that we put the resources into maintaining the gain every time we made one.”

“Direct digital controls and BAS offer immense energy-saving opportunities and allow you to communicate with every mechanical device in a facility,” Dykes says. “You can implement specific sequences, optimizing system performance. For example, our operating airflow rates ramp up only during occupied times. When the room becomes unoccupied, the airflow is reduced to maintain code-required pressure relationships."

The facility team next optimized the BAS and controls in the UF Health Shands Cancer Hospital, actions that netted a $700,000 energy savings in the first year of the project, for just the cost of programming, Dykes says. They will apply energy-saving lessons learned when a new hospital opens later this fall.