Logout
Home » Staying ahead of the staffing curve
Cover story

Staying ahead of the staffing curve 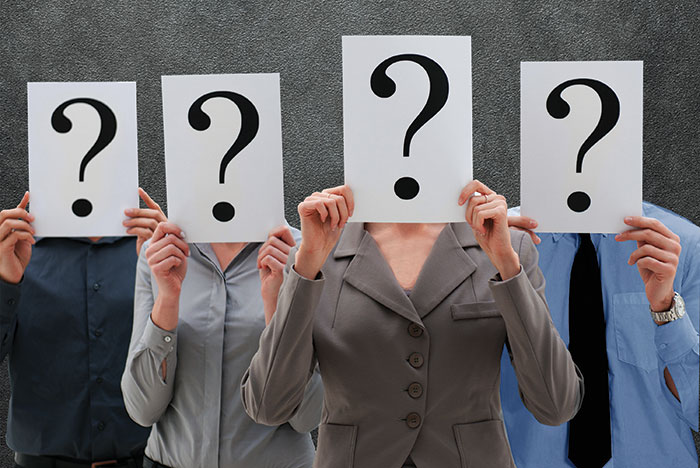 When Gary Scott started his new position in 2016 as director of engineering, facilities and real estate at Children’s Health in Dallas, he faced the usual challenges that come with taking on an important position in a large health care facility in a major city.

The department had lost its veteran facility manager, leaving the hospital — one of the largest pediatric health care centers in the nation — without a replacement who knew the nuts and bolts of managing the hospital system’s mammoth 4 million square feet of space.

“Getting that position filled was a primary focus,” says Scott. 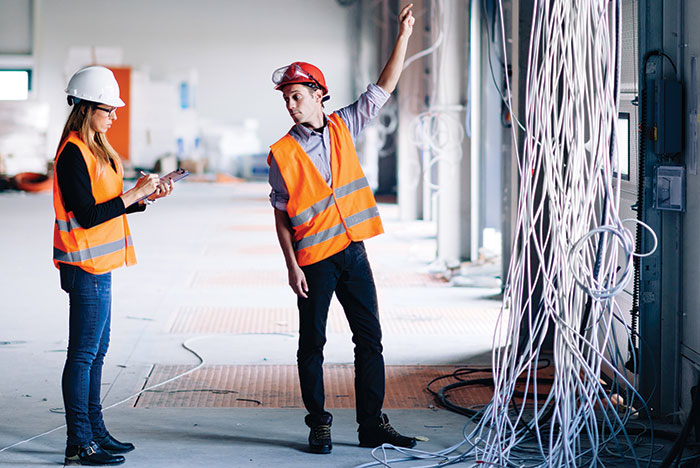 Scott was able to secure buy-in from hospital leadership to invest in a consulting firm that helped in a number of ways, including helping to identify the skills and qualities he most wanted in his new hire — now and years down the line.

The candidate Scott ultimately hired possessed all the qualifications he was seeking: a mechanical engineering degree, an in-depth knowledge of hospital systems and processes, as well as leadership, management and communication skills.

The vacancy wasn’t open for long. From posting the job description to filling the slot, the process took roughly three months. In addition, Scott hired a second facility manager later in 2016, bringing the department to full speed.

He is now working with the consulting firm to update the blueprints for all of the building’s systems and processes, ensuring that future employees won’t need to rely solely on the knowledge of one or two key people to learn the mechanics of their jobs.

“We do not want to find ourselves behind the curve again,” says Scott, who was recruited for his current position by the health facilities search firm Gosselin/Martin Associates, Mystic, Conn. “We are being proactive to make sure that doesn’t happen.”

From awareness to action

Due to a conflux of factors, hospitals across the country are facing situations similar to that of Children’s Health. But according to experts and recent data, the majority are not yet taking measures to begin laying groundwork for their future.

In other words, many have yet to embrace the concept of succession planning — grooming talented people within and outside the facility to fill key vacancies. In a 2015 salary survey by Health Facilities Management and the American Hospital Association's American Society for Healthcare Engineering (ASHE) and Association for the Healthcare Environment (AHE), 44 percent of those surveyed said they had no succession plan in place.

“Many health care organizations are aware of what’s happening, but they aren’t preparing,” says Tim Adams, FASHE, CHFM, CHC, director of member professional development, ASHE. “Many are taking a ‘we’ll deal with it when we get there’ approach, which is a mistake — kind of like buying a lottery ticket is not a good retirement plan.”

The circumstances developed over time. When the recession hit about a decade ago, facilities managers poised to retire were forced to work longer than they intended, adding extra years to an already aging workforce. Economic stressors also forced hospitals to cut middle management positions and/or leave spots unfilled, creating gaps at the supervisory level.

Simultaneously, the role of the facility manager has evolved and directors like Scott are seeking a different skill set than they might have 15–20 years ago.

The result? With an uptick in the economy and more facilities managers heading into retirement, hospitals will be challenged to fill critical positions vacated by veteran employees who might not have a qualified replacement waiting in the wings.

“We are going to have a huge vacuum pretty quickly, not only in facilities management positions, but in skilled trades across the board in health care,” says Adams. “There is an awful lot of experience that will be going away at one time.”

That depth of experience is apparent at nearly any large gathering of health care facility managers in recent years.

“If you go to an ASHE annual conference, you see a lot of gray hair,” says Peter Martin, partner with Gosselin/Martin and Associates, which provides facilities management search consulting and education to the health care field. “These jobs are built on a lot of tradition and history, and hospitals need to make a concerted effort to facilitate the changing of the guard.”

Transferring that vast knowledge base from veteran employees to new staff is critical to prevent gaps in employment that can translate into enormous financial and productivity setbacks.

As Jack Gosselin, FASHE, CHFM, founder and principal with Gosselin/Martin Associates, points out, “A facility manager position is too important not to have someone in it. You can’t get around that position.”

But hiring the wrong person to fill a spot quickly can be a costly solution. Gosselin/Martin research shows that 25 percent of employers said a bad hire cost them $50,000.

Getting started might seem daunting, but succession planning actually starts on a basic level.

“Some try to make it more complex than it is,” Gosselin says. “But it really starts with a conversation or a team meeting where you start talking about what your department has and what it will need down the road. It’s not something you do on your own. It’s interactive.”

While a conversation is a good starting point, hospitals that create a formal succession plan — internally or through a consultant — are more likely to be committed to the process, experts say. 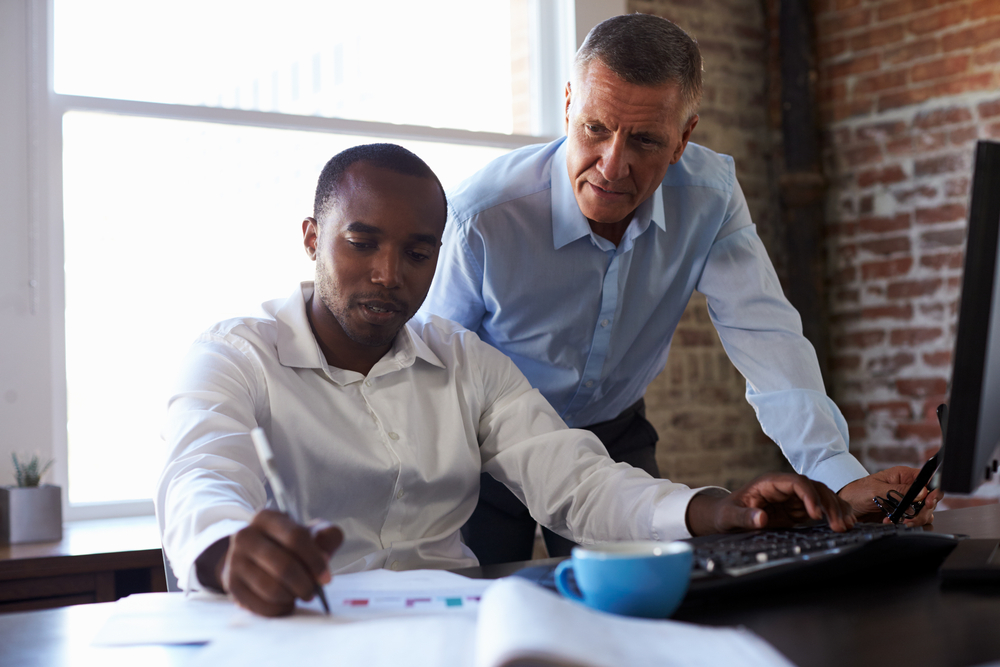 A succession plan also provides the framework for capturing the knowledge of longtime employees before they retire, change jobs, are fired or become ill. There are a number of ways to transfer valuable knowledge, including interviewing employees and documenting processes and procedures. Some facilities are assigning possible successors to work closely with veteran staff members.

At Children’s Health, for example, the new facility manager has been working closely with a senior plant operator to learn his job before he retires later this year, and a new engineer is already “shadowing” a longtime engineer who plans to retire in several years. Without this type of planning, Scott may have been facing hard-to-fill spots for both positions.

“The time and money we will save by transferring this knowledge to new staff is invaluable,” Scott says. “You don’t want someone walking out the door and taking that with them.”

Because every hospital is different, succession planning isn’t a black and white process. As Martin points out, talking with current staff might yield some surprises. “There might be a strong candidate for a leadership job, but when you talk to him, he says, ‘I love being head of the electrical department; I don’t want to do anything else,’ which changes everything.”

Or an employee who doesn’t possess the requirements to move into a leadership slot may ask for the training or education needed to move forward. As Adams says, the days when a longtime facilities staff member automatically moved into a leadership job based solely on experience are long gone. And while certification is critical to moving forward, it might not be enough.

“These days, it’s really difficult to move into a management slot without a degree,” he says. “To be a director, you perhaps even need a master's.”

Adds Martin, “Some organizations simply won’t consider someone for a leadership role without a degree. Or they will push back against it.”

And as the position evolves, so do opportunities for earning related degrees, which are no longer limited to mainly engineering and construction. Today’s employers are seeking degrees in business and management along with the more technical expertise. Soon, employers may be seeking degrees that focus solely on health care facilities management, which are beginning to emerge. 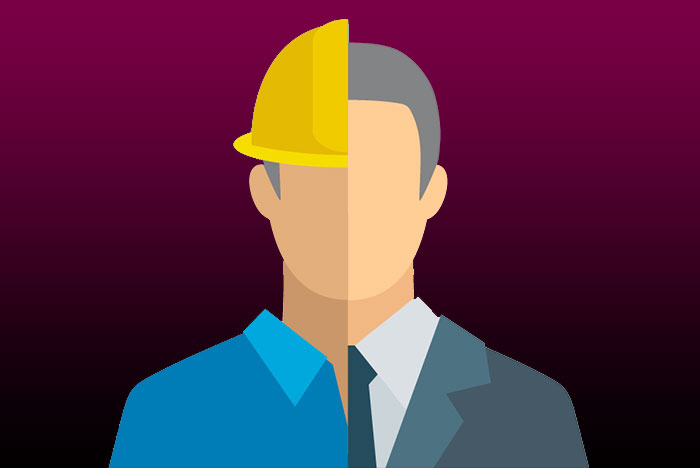 The small class sizes allow faculty to hold roundtable discussions that expose students to issues critical to health care construction, says Brad Benhart, assistant department head and associate professor of practice at Purdue. To date, 100 percent of HCM graduates have been placed at graduation and roughly 90 percent have entered a health care-related career, he says.

“The skills [learned] in these classes allow the students to hit the ground running,” Benhart says. “They are able to have a return on investment right away.  We have companies that come to Purdue strictly to target our HCM students.”

Recruiting for the future

By assessing a facility’s current staff, succession planning also can reveal the need to recruit outside the facility. In fact, that’s a given, according to Adams, who says, “The need will be too great to hire only internally.”

Many hospitals are targeting younger candidates who traditionally don’t make up the majority of facilities departments. The HFM/ASHE/AHE survey showed that just 5.2 percent of survey respondents were between the ages of 25 and 34. Along with the youth segment, more facilities will be factoring diversity into their recruiting by targeting women and minorities for positions traditionally held by white men.

One of the most effective ways to tap bright young talent is by hosting internships, Adams says. Hospitals get to know and work with an employee with the possibility of hiring in the future and the student learns about health care firsthand.

ASHE, which has been an industry leader in succession planning, offers an internship program that connects candidates with host facilities among other resources. ASHE also sponsors an outreach program that invites students from several universities to attend the ASHE Annual Conference and Technical Exhibition to meet and network with health care professionals.

Students from Purdue have benefited greatly from both ASHE programs, Benhart says. “When the students get to the ASHE conference and see 3,000 industry partners, they understand how fortunate they are to be included in these programs,” he says.

Whether facilities departments are looking to promote internally or recruit from the outside, it’s important that they begin assessing their situations and put the wheels of succession planning in motion, Adams says.

And the wheels won’t stop moving once the plan is in place. Facilities departments need to continue assessing staff and updating plans to stay ahead of the staffing fluctuations that lie ahead. “The need to re-evaluate succession planning on a regular basis is essential to ensure its continued success,” he adds.

Succession planning is not only an important business strategy, but it’s also an insurance policy for the future.

Beth Burmahl is a freelance health care writer and former associate editor of Health Facilities Management. She is based in Lisle, Ill.

Tips to develop the new generation of environmental services leaders.