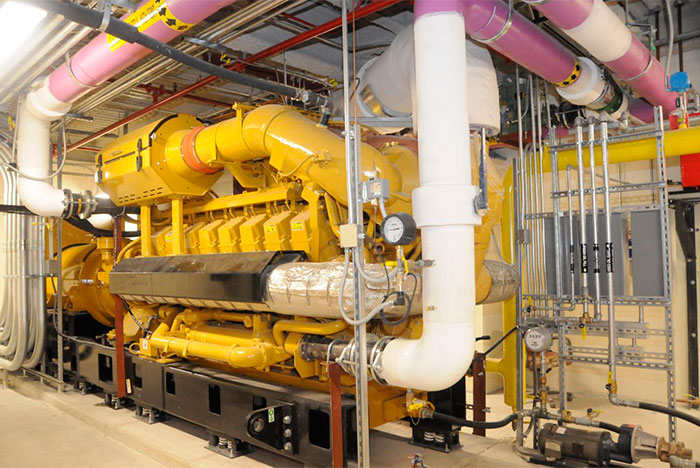 BWMC's cogeneration plant was the highlight of its annual Go Green Fair.

The $8 million plant came online in early January after taking 14 months to complete, and the hospital expects it will save $750,000 a year.

The cogeneration process not only creates electricity, but also allows the facility to reuse the waste heat that is a byproduct of the electricity the plant creates. The electricity runs everything from lighting to medical equipment, while the waste heat is used for the facility’s heating needs year-round. The system is powered by natural gas as opposed to diesel fuel, making it even more environmentally friendly. Also, because natural gas is sourced from the ground, the supply is less vulnerable to elements such as wind, sleet and snow.

The new plant can be run alongside the medical center’s emergency generators — which do rely on diesel fuel — during natural disasters, ensuring a more stable operation for its patients.

“BWMC invested in this new technology not only to help improve our campus, but the surrounding community as well,” says Andrew Brumfield, director of facilities. “By relying on a cogeneration plant along with the diesel-fueled generators, BWMC is able to reduce its consumption of fossil fuels and, in turn, the amount of greenhouse gas emissions from the medical center that are released into the atmosphere.”

In addition to highlighting the new plant, the medical center’s Green Health Committee taught its community about recycling, renewable energy and eco-friendly living. About 150 attended the event and many left with free reusable water bottles, and, in the spirit of its new cogeneration plant that takes waste and turns it into something useful, the hospital encouraged attendees to bring in old cellphones, eyeglasses and used scrubs for recycling. It also challenged other hospitals in the area to follow in its footsteps and explore greener ways to produce energy.

“[This plant] encourages us to be cleaner, greener and more efficient,” Brumfield says. “A new power plant such as this one creates a more reliable environment for patient care.”