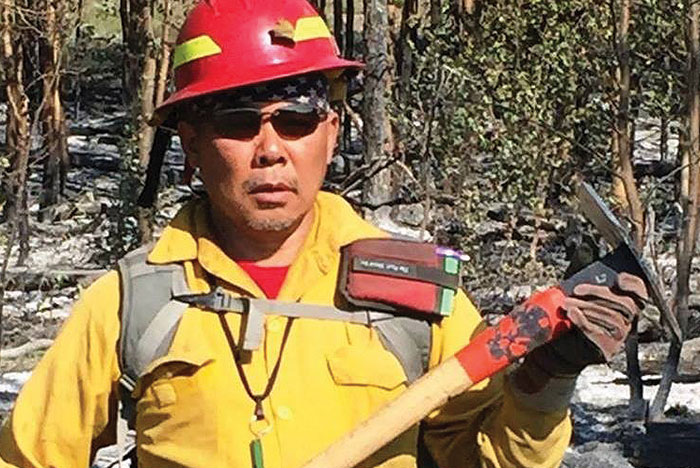 After lightning struck near his home and started a brush fire several years ago, Steve Ikuta made a decision. At age 46, he joined his local volunteer fire department as a way to give back to the area where he lived.

“It’s never too late to be a firefighter,” Ikuta says. “It’s about community stewardship. I volunteered to help our community. If not me, then who?”

That selfless philosophy carries over in his regular job as emergency management program manager at three Intermountain Healthcare hospitals in southern Utah. He ensures that the hospitals and staff are prepared for any emergency or disaster.

As a volunteer firefighter for the city of Santa Clara, Utah, he has helped to fight several wildfires over the past 13 years. In June, the largest wildfire in the country at that time came precariously close to the state’s resort town of Brian Head. About 1,700 firefighters from throughout the U.S. were called in to help.

When his fire chief asked if he could commit to working two weeks to help fight the wildfire, Ikuta jumped at the chance, made possible by a light schedule at the hospital, he says. Ikuta worked 16-hour days for 14 days straight.

For the first week of his deployment, Ikuta was assigned to help protect the Thunder Ridge Boy Scout camp near Parowan, Utah, and then state Highway 143 near Panguitch, Utah. Much of the time he and his fellow firefighters were monitoring for spot fires.

“The wind and dry humidity caused conditions where the fire behavior was unpredictable,” Ikuta says.

The Brian Head fire came within miles of Intermountain’s Garfield Memorial Hospital in Panguitch, but the health care facility was not at risk. Still, the hospital had established a plan to relocate patients and respond to a possible disruption in utility services.

The fire destroyed 13 homes and thousands of acres at a cost of about $34 million to get it under control, according to Ikuta.

Besides ensuring that Intermountain’s southwest regional hospitals are prepared for a fire or other disaster, Ikuta also readies the facilities for a sudden influx of patients in an emergency.

EVS leader talks about managing during a fire emergency.