The issue landed at No. 3 on ECRI's Top 10 Health Technology Hazards for 2018 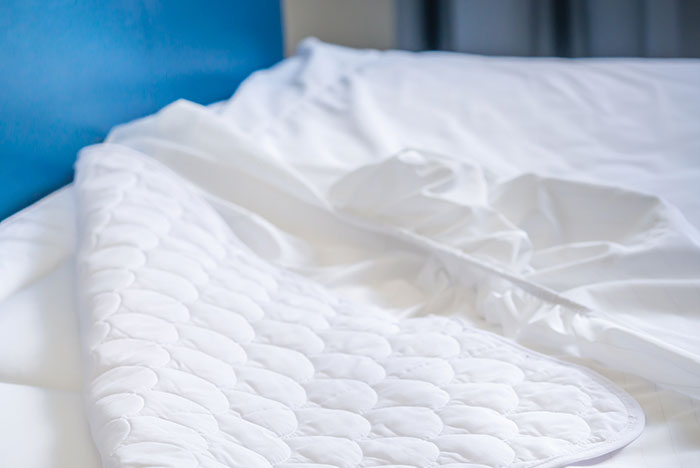 ECRI Institute is urging hospital environmental services (ES) staff to help in preventing an infection risk caused by faulty mattress covers that fail to stop the ingress of bodily fluids and other contaminants into the mattress.

Damaged covers and those that have developed weak spots can cause blood or other bodily fluids to soak into mattresses, and the fluid can resurface when the next patient is lying on what appears to be an otherwise clean mattress.

In 2016, three member facilities reported to ECRI that they had experienced mattress contamination due to loss of mattress-cover integrity. “These member reports were the impetus for us to conduct further research into this problem,” says Amanda Sivek, senior project engineer, health devices, ECRI Institute.

ECRI researched the Food and Drug Administration (FDA) medical-device incident database in the spring and found that three incidents were reported in 2015 and one in 2011 of blood from a previous patient rising from a hospital mattress and onto a patient after lying on an apparently clean mattress and cover.

In 2013, the FDA published a Safety Communication stating that from 2011 to 2013, it received 458 reports associated with medical bed mattress covers failing to prevent blood and other bodily fluids from leaking into mattresses.

The ongoing, potential risk caused ECRI to make the issue No. 3 on its Top 10 Health Technology Hazards for 2018.

ECRI states that ES departments can help to prevent patients from being exposed to contaminated bed and stretcher support surfaces by following four recommendations:

Report cites dearth of evidence to support the use antimicrobials included in furnishing products.