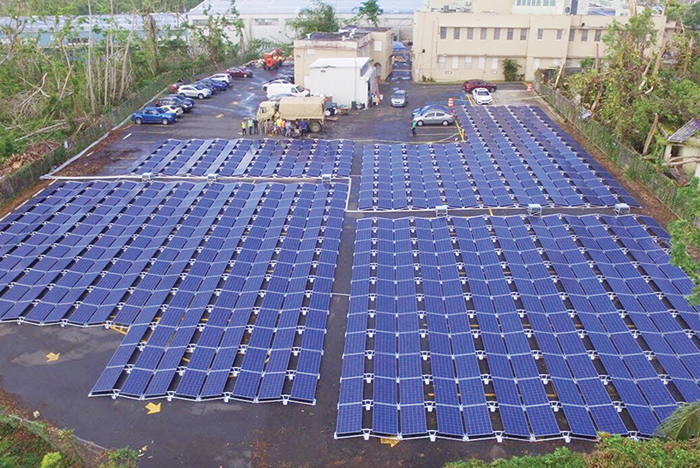 What started off in the public eye as an informal Twitter exchange between two influential people has resulted in restoring much-needed power to a children’s hospital in Puerto Rico.

Elon Musk, Tesla co-founder and CEO, announced in October that some of his company’s production was being rerouted to help areas in Puerto Rico devastated by hurricanes Irma and Maria. Soon after, Puerto Rico Gov. Ricardo Rosselló announced via Twitter that he and Musk were discussing opportunities to restore power to critical infrastructures. Later that month, Hospital del Niño in San Juan became the first recipient of a solar array and Powerpack system donated by Tesla.

The system is located on the hospital’s parking lot and comprises more than 700 solar panels and Tesla’s Powerpack, a battery system for storing energy, according to hospital representatives.

Tesla describes Powerpack as a flexible and scalable modular battery pod system for storing energy. When combined with a renewable energy system, the two components create a microgrid alternative to traditional public utilities.

In a press conference held to celebrate the renewable energy installation, Rosselló touted systems such as this one as a hope for the future of Puerto Rico as it seeks alternative and reliable energy systems. He explained that Tesla is working with at least seven other critical sites in Puerto Rico to help them recover power, as well. One of those locations is the Susan Centeno Hospital in Vieques.

“Hopefully this can alleviate some of the problems,” he said.

HHS sets up emergency medical base in Puerto Rico

Rural hospital takes back its power