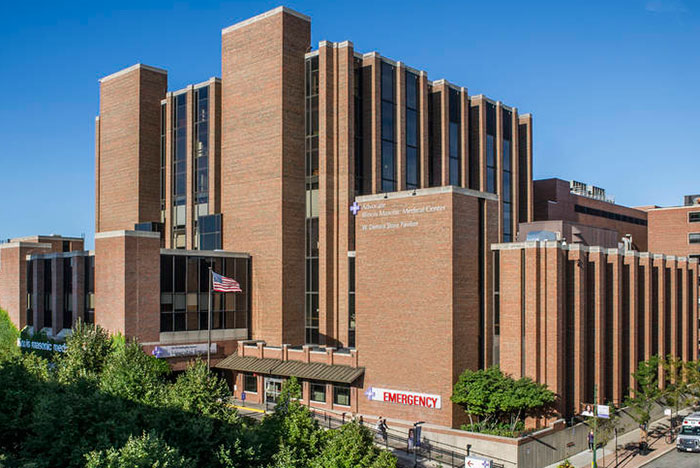 Advocate Illinois Masonic Medical Center in Chicago has earned Energy Star Certification for the ninth time, which is no easy feat for a 110-year-old medical campus. The certification, which is administered by the Environmental Protection Agency (EPA), recognizes facilities that perform in the top 25 percent of buildings nationwide in terms of energy efficiency.

Ryan Ollie, CEM, CMVP, EIT, manager of energy solutions for facilities, says that the hospital’s commitment to energy efficiency has not waned over the years, even as achieving big energy gains becomes harder to reach.

“Some years ago when sustainability was not as big a focus, making energy-efficiency improvements was like bending over and picking fruit off the ground,” Ollie says. “We’re at the point now where you have to really reach for the fruit. But it’s a culture here. We are continually saving energy and, although it gets harder to find more savings as time goes on, we look for innovative ways.”

Ollie describes preventive maintenance as the “road to no cost.” He says simple but often overlooked tasks such as checking and replacing steam traps on a regular basis, and clearing dirt and debris from heating and cooling coils so that equipment is not overworking to maintain building conditions.

The hospital’s operational improvements include slight tweaks to ensure that equipment is functioning optimally, such as programming building automation systems to set back air changes per hour when spaces are unoccupied.

For its capital improvements, Ollie says the organization watches for opportunities to replace aging infrastructure with more efficient equipment that takes life-cycle costs into account. It also has invested in equipment upgrades, such as an economizer installed in its boiler to recoup and reuse heat that otherwise would be exhausted into the outside air. The economizer instead puts the heat back into the boiler, which reduces the hospital’s need for natural gas.

The hospital’s three-pronged strategy not only has helped it to earn Energy Star Certification, but also to earn 95 points out of a possible 100. The minimum score to receive the certification is 75. The hospital consistently has earned scores above 90 since it began participating in the program.

“Advocate Illinois Masonic Medical Center continues to demonstrate true environmental leadership by reducing harmful greenhouse gas emissions that are proven to contribute to climate change,” says Jean Lupinacci, director for the commercial and industrial buildings branch in the Climate Protection Partnerships Division of the EPA. “Today, 45 percent of U.S. emissions are attributable to commercial and industrial buildings, which is why improving energy efficiency is so critical for our future.”