The hospital partnered with Toyota to implement simple, but effective, processes in its emergency department 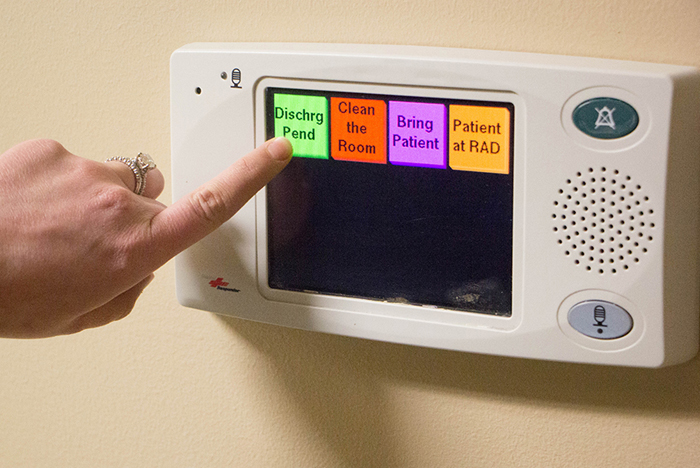 Parkland’s ED reconfigured an existing lighting system to fit the needs of its department.

It’s easy to assume that reducing patient discharge times at one of the nation’s busiest emergency departments (EDs) would require a lengthy, complex solution. However, at Parkland Health & Hospital System, Dallas, which averages 500 to 700 ED patients a day, improving its patient throughput was nearly as simple as turning on a light switch.

The health system’s president and CEO, Fred Cerise, M.D., reached out to Toyota to leverage the automaker’s wisdom in process improvement. Toyota and Parkland’s in-house operational excellence team began working together to implement simple, but effective, processes that decreased the hospital’s average order-to-discharge time by 40 percent — from 52 minutes to 31 minutes. The goal is to reach 15 minutes.

One of the solutions Parkland adopted was reconfiguring an existing lighting system to give the ED staff a quick read on patient and room status. Purple signals that the room is clean and ready for the next patient. Orange means that the patient is in radiology. Green means the doctor has given the OK for discharge, and red lets staff know that the room is ready for cleaning.

Toyota describes the system as a “visual control” that doesn’t interfere with clinical care. David Garcia, operational excellence project manager at Parkland, says that although the solution is only “one inch wide, it goes a mile down.”

Gina Donahue, R.N., director of nursing, emergency services, says that the system helps to kick off the patient discharge process faster and coordinate care among staff.

Does your health care facility use digital signage as a wayfinding tool?