Hospital’s geothermal system cuts energy use nearly in half 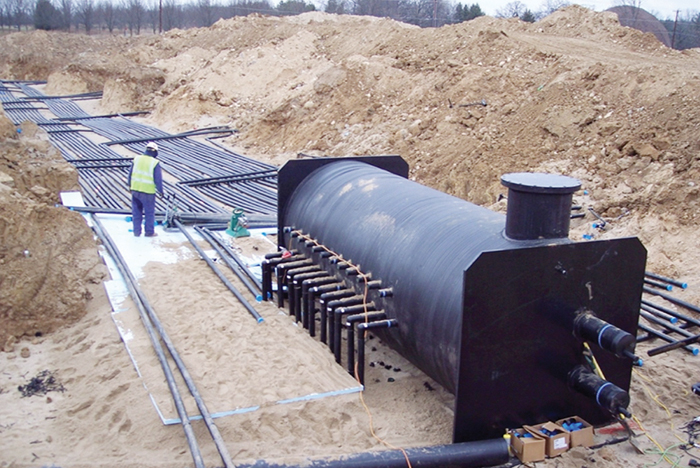 The ground-loop geothermal system has helped the hospital to reduce its natural gas bill.

More than 40 leaders from various health care organizations visited Edgerton Hospital and Health Services, a small, rural hospital about 30 miles southeast of Madison, Wis., to learn how it reduced its monthly $14,000 natural gas bill to only $450.

According to a report published by The Value Initiative, a member-driven initiative developed by the American Hospital Association (AHA) to support AHA members as the hospital field addresses the issue of affordability, Edgerton installed an $850,000 ground-loop geothermal system back in 2011 when the now 60,000-square-foot, 18-bed replacement critical access hospital was built. It estimated it would have a 15-year payback timeline. The payback came nine years early as the hospital has reaped more than just financial benefits from installing the system.

The hospital used six drilling rigs to install 293 wells at a depth of 285 feet as part of the ground-loop geothermal system that transfers heat below the earth’s crust heat . A Wisconsin statewide energy consortium provided financial incentives to install the system, which uses no fossil fuels.

CEO Jim Schultz says the cost savings allow the hospital to invest more in patient care, while the reduced energy use helps to propel its mission to create a “healthy village.”

“We put a lot of time and thought into this,” he explains. “We don’t just want to be a provider — we want to be a model. We are marrying conventional medicine with health and healing.”

Though no data are available, hospital officials have anecdotal evidence that the cleaner environment, with less particulate matter and the ability to let fresh air into patient rooms, results in fewer respiratory infections for patients and staff. In addition, they estimate that the high patient satisfaction scores related to climate and environment are partially the result of patients having control over the temperature of their rooms.

The hospital earned a Special Citation award from the Wisconsin Green Building Alliance in recognition of its design, sustainability and leadership.

A water analysis conducted by scientists leads to improved operation and reduced costs.