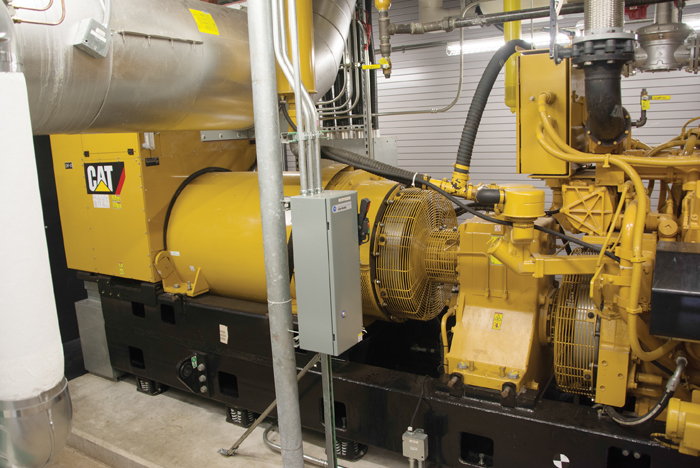 Emergency generators are designed to ensure that health care facilities maintain power under all circumstances to keep patients, staff members and visitors safe. Newer systems are able to accomplish this more effectively by including such features as modular designs and improved diagnostic software.

Onboard paralleling is another innovation that allows facilities to address larger power needs by using multiple generator-set configurations, says Steve Turner Jr., health care market consultant, Caterpillar Inc., Peoria, Ill. “Switchgear has traditionally been used to synchronize the power output of multiple generator sets but, by using the increasingly sophisticated and proven logic used to control generator sets, facilities managers can do away with switchgear,” he adds.

Remote monitoring and data reporting are already available but the affordable automatic generation of inspection and survey-ready reports is the next big thing, according to Dan Chisholm Sr., emergency power consultant, MGI Consulting Inc., Winter Park, Fla. “The biggest new trend in associated generator equipment is the utilization of affordable wireless monitoring to offer remote notifications of generator running and fault alarms.”

Among the generator manufacturers serving the nation’s hospitals, Cummins Power Generation, Fridley, Minn., is working on several initiatives, some focused on improving system time to readiness.

“There are many different elements that influence system time, such as automatic transfer switch, switchgear, digital master controller and other influential downstream systems in the power distribution design,” says Bhoopesh Bondugula, product management leader. “In addition, we’ve made changes to our generator-set paralleling sequence of operations to allow faster dead bus-synchronizing and arbitration.”

Generac Industrial Power, Waukesha, Wis., has introduced its Power Zone generator controller, which was initially launched on its natural gas product line. The controller allows both Wi-Fi and Bluetooth access for easy information gathering. It also can generate reports required by accrediting organizations.

“This feature is designed to help health facilities managers stay in compliance regarding owning and operating the generator,” says Daniel Barbersek, director of power solutions and strategic accounts. “All Generac natural gas units also can be listed for nonemergency operation. This allows the end user to participate in local demand-response programs that can help build a revenue stream to help offset the capital cost of purchasing the generator.”

“The generator packages are International Building Code- and California Office of Statewide Health Planning and Development-certified to meet requirements that hospitals in different regions face,” Murphy adds. “We also are exploring ways to increase our nonemergency natural gas product offerings.”

“In the area of demand response, Caterpillar continues to support the development of Tier 4 diesel generator sets,” Turner says. “What’s more, the company is beginning to develop gas generator sets that will meet the National Fire Protection Association (NFPA) power-restoration requirement for Level 1 systems and accept 100 percent block load in one step.”

As they attempt to improve their offerings to hospitals, manufacturers are dealing with a number of issues and trends. “Hospital facilities managers prefer diesel generators that meet NFPA 110, Standard for Emergency and Standby Power Systems, Type 10,” says Murphy. “The distribution in hospitals is often more critical and complex than in other types of facilities, requiring redundancy in both generators and switchgear.”

With recent Florida legislation in response to Hurricane Irma, facilities like nursing homes are required to have an alternative power source, such as on-site power generation, to maintain cooling in the facility, according to several manufacturers. These facilities also are required to keep fuel on-site or use piped natural gas.

“In addition, facilities managers are exploring the option of demand-response programs to help offset the capital cost of installing generators,” Murphy adds. “Natural gas is favored in these instances because it can meet nonemergency-emissions requirements that allow the generators to participate in these types of programs.”

Due to the continued challenges of maintaining ultralow diesel fuel, facilities managers and specifying engineers are taking a hard look at the word “reliable” when it comes to on-site fuel and are considering the use of natural gas instead, according to Barbersek.

“Diesel #2 fuel can be stored safely and is considered reliable for up to 18 months. But new ultralow diesel fuel starts to change its characteristics within 14 to 28 days from the time it leaves the processing facility,” he says. “When this occurs, testing requires that a sample be taken from the fuel tank, but fuel sampling can present some challenges. Also, getting fuel delivered during events such as hurricanes and other natural disasters has posed significant challenges. When the unit is powered by natural gas, these reliability issues become null and void.”

Some health care facilities managers are showing interest in combined heat and power (CHP) solutions, which use waste heat recovered from the exhaust of gas generator sets to provide buildings with heating or cooling at a dramatically lower cost.

Murphy, for one, has seen increased interest in CHP technologies. “The high demand for thermal energy is making CHP more attractive,” he says. “Thermal energy produced by the engine generators is captured and distributed throughout the hospital, thus reducing the capacity and stress on traditional thermal energy producers such as boilers, furnaces and domestic hot water heaters.”

Facilities managers in areas of the country recently affected by major storms are expressing an interest in fuel-extending technologies such as dual fuel, some manufacturers say. Dual-fuel generator sets use a combination of diesel and natural gas as fuel sources, which combine the rapid response of a diesel generator set with reduced on-site fuel storage costs, improved support for extended run times, and lower emissions of gas generator sets.

However, others say, this is not a wide-ranging trend among hospitals. “We’ve seen increased demand for dual-fuel units in general, but not a significant increase in the health care segment where diesel is such a good, economical fit for emergency standby applications,” Zielke notes. “We’ve seen more demand for CHP systems, typically featuring gaseous generators, to help improve efficiency.”

Altering existing electrical distribution to add larger chiller loads is not feasible on most Level 1 campuses, according to Chisholm. “That said, most hospitals are installing new generators to pick up nonessential equipment loads, and leaving the essential systems [alone].”

Murphy says the consolidation of nonessential loads with the critical distribution system varies. “In many regions, HVAC is now considered an essential load,” he explains. “Most of the facilities managers we’ve spoken to plan to leave their existing generators in place to handle all life-safety loads and install a second generator to handle cooling and other building loads. This second generator could be a standby operated unit or a continuously operated natural gas unit used in parallel with the utility.”

Bondugula says the consolidation of noncritical loads with the critical distribution system is a trending element that requires close monitoring. “In doing so, it is important to isolate noncritical loads that don’t have to be served in 10 seconds, so the building management system can prioritize the critical loads during a power outage. Using load add/shed technology available today gives customers the ability to manage the sequence of operations effectively.”

As the growth of off-site facilities continues, manufacturers are seeing growing demand for standby power at those facilities. While the need for emergency power may be lower, the requirements for ensuring a continuous supply of power to critical systems remain the same.

“Medical procedures requiring any level of anesthesia, as well as rooms requiring lighting above and beyond battery backup fixtures, already require an alternate source of power. That said, all new facilities are now expected to comply with NEC 700.3 (F) to ensure that they have a connection point for auxiliary/emergency generators when the on-site generator is out of service,” Chisholm notes.

One primary difference is the level of facilities management at off-site facilities versus traditional hospitals, according to Turner. “Major campus-style hospitals often employ staff with expertise in the service and maintenance of complex power equipment,” he says. “Managers of off-site health care facilities typically don’t employ staff with this level of expertise, so they tend to specify simple, easy-to-maintain power equipment that doesn’t require continuous monitoring or hands-on operation.”

“Instead of relying on a single, large power plant, we are seeing the development of pockets of local power generation, which can include renewable energy. The challenge in distributed generation is tying together all these pockets of power to create a smart grid.”

Zielke says the most immediate technological improvement likely will be enhanced digital controls that enable mandatory and problem-solving reporting, while also improving overall efficiency and minimizing the risk of downtime.

Neal Lorenzi is a freelance writer based in Mundelein, Ill. 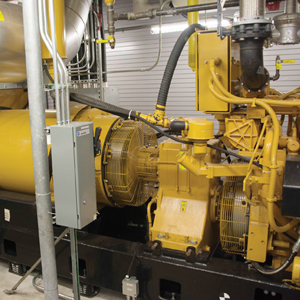 Thermal energy produced by the engine generators at University of Maryland Upper Chesapeake Medical Center is captured and distributed throughout the hospital. Caterpillar Electric Power Div. 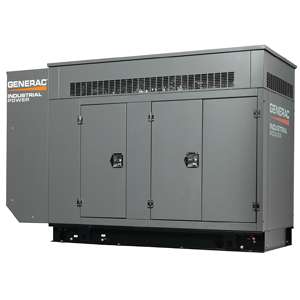 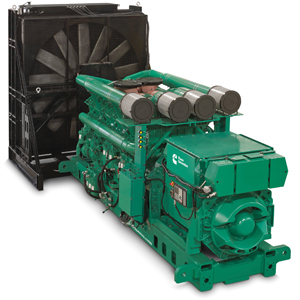 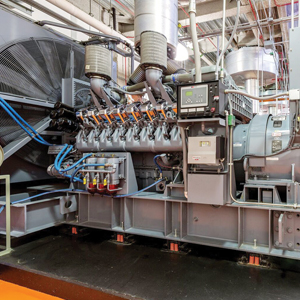 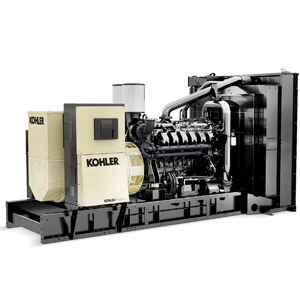 View all Solutions
ProductsPower and Electrical