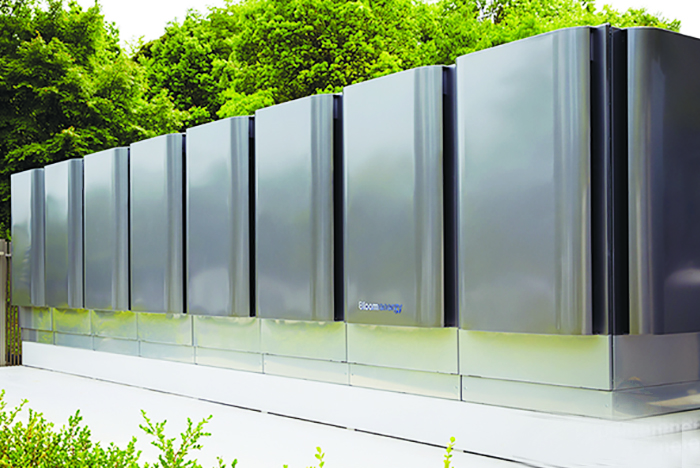 SUNY Downstate Medical Center recently installed a 1.8-megawatt (MW) fuel-cell system that will provide 45 percent of its base electrical load. Downstate, home to the University Hospital of Brooklyn (UHB), adopted the clean-energy power source as part of the Brooklyn-Queens Neighborhood Program set up by Con Edison energy company.

The fuel-cell system installed on-site comprises Bloom Energy Servers by Bloom Energy, Sunnyvale, Calif., which convert natural gas to electricity through an efficient, noncombustion process. It operates 24/7 without any intermittency. Not only does the system provide 45 percent of Downstate Medical Center’s electricity needs, but two-thirds of the electricity needs of UHB, which operates 24 hours a day.

The medical center received $1.3 million in incentives to offset some of the system’s initial costs. The technology’s benefits lie in not only what it generates, but also what it does not.

The system will reduce up to 8.4 million pounds of carbon dioxide emissions per year, the equivalent of removing 714 cars from the road or eliminating emissions caused by burning approximately 4 million pounds of coal per year. It also eliminates nitrogen and sulphur oxides, and particulate matter. These sustainable benefits are gained by offsetting on-site generation from centralized gas-fired power plants on the local grid.

Diverting some of Downstate’s electricity needs from the local grid to on-site generation also will benefit the larger Brooklyn-Queens community. Con Edison’s incentive program reached out to larger-volume electricity customers in the area to help reduce their demand and avoid brownouts and blackouts during the summer months.

Con Edison forecasted that demand would exceed supply this summer. Now with the medical center’s fuel-cell system, the utility provider was able to free up approximately 1 megawatt of power that can be used by other customers in the neighborhood.

“SUNY Downstate has a commitment to our patients and students, as well as to the entire community we serve, and we are committed to ensuring that our institution helps make Brooklyn a healthier place,” says SUNY Downstate President Wayne J. Riley, M.D. “This state-of-the-art fuel-cell technology will generate reliable electricity for our campus on-site, make more energy available to the community in times of peak demand and reduce air pollution.”