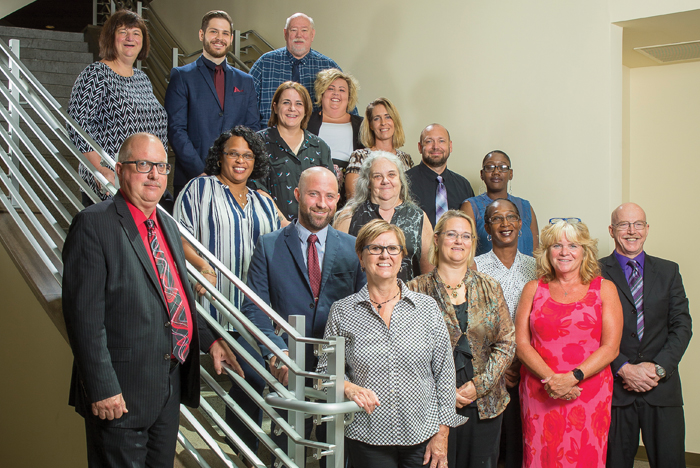 While technology, data and a state-of-the-art simulation center are critical to the success of the environmental services (ES) department at Memorial Medical Center, Springfield, Ill., leaders subscribe to an underlying philosophy that is far less complicated.

“We are the killers of germs,” says Gabe N. Ceperich, CHESP, director of ES, linen distribution and grounds. “People come here because they are sick. It is our job to ensure they do not get sicker. We have a step-by-step cleaning process we follow every time. We don’t cut corners. We say, ‘After you clean that room, you should feel comfortable enough to admit your own family.’” 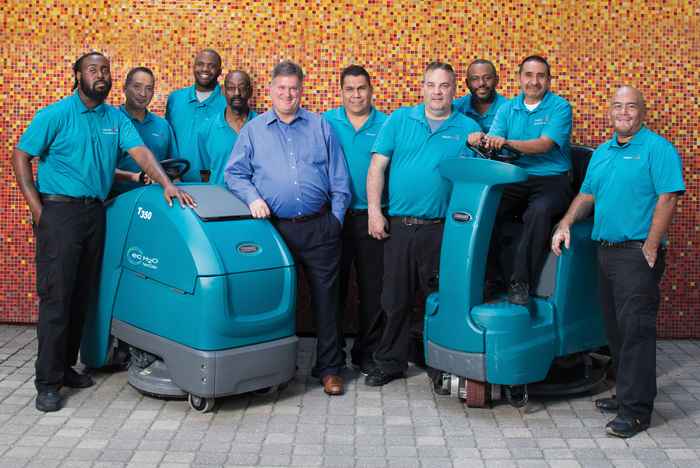 In the decade he has worked at Memorial Medical Center, Ceperich also has followed a motto he picked up shortly after entering health care 30 years ago. “There is no such thing as staying the same. You are either striving to make yourself better, or you are allowing yourself to get worse.”

Both tie directly to the Lean Six Sigma (LSS) methodology that has yielded impressive results in ES. The LSS method, which promotes multidepartmental collaboration to achieve goals, aligns with the ES department’s commitment to teamwork. ES works especially close with infection prevention (IP) on projects targeting infection control. In fact, the ES department is so integrated with IP that the hospital is discussing combining the two departments.

In 2017 alone, the ES department worked with IP to implement two LSS projects that resulted in the hospital’s lowest Clostridium difficile rates among patients in nearly three years. Other collaborative projects have helped the department to make progress with everything from reducing patient wait times for beds to improving waste segregation and recycling rates.

This commitment to progress is one of the many reasons Memorial Medical Center was selected as the 2018 ES Department of the Year award recipient in the 500-plus bed category. The award, from the Association for the Health Care Environment (AHE), recognizes outstanding ES performance in 14 critical areas.

LSS methodology is central to the ES team’s goal of creating an infection-free environment that contains 2.7 million square feet of cleanable area. ES supervisors who have earned LSS green belt certification are charged with leading LSS projects that average six to eight months each.

For example, when 2016 data revealed 172 health care-associated infections (HAIs), Carleen Hinkle, IP nurse, led a green-belt project with the goal of working with ES to drastically change those numbers.

Although the hospital’s policy requires the use of ultraviolet disinfection on all C. difficile patient discharges, data showed that the technology was only used 36 percent of the time. The problem, Hinkle discovered, was a lack of communication between ES and the patient placement office.

The solution — standardizing communication processes when notifying ES of C. difficile patient transfers/discharges — was realized by using software that pages ES supervisors when a C. difficile patient is transferred or discharged and sends ES an email alert as a backup.

The results were dramatic: The 36 percent completion rate for disinfecting all C. difficile rooms increased to 97 percent in fewer than six months.

“It actually came down to something very simple,” Ceperich says, “a clear line of communication between the two departments. And technology gives us real-time notification, eliminating the possibility of human error.”

Another LSS green-belt project targeted a potentially overlooked source of infection in the medical imaging department. In leading the project, Ceperich suggested adding the term “infectious diarrhea” to imaging scans including computed tomography when a polymerase chain reaction (PCR) order first was placed, to alert ES staff of the potential for infection. The plan was realized with impressive results.

“This project resulted in 100 percent achievement in communication to the imaging department of potential C. difficile patients, and an overall improvement of 46.4 percent with or without a PCR order,” he says.

Because cleaning is central to the hospital’s mission of caring for patients, it also ties in directly with patient satisfaction. Leaders are continually working to improve cleaning processes to better serve patients. One example: ES leaders restructured the staffing model and created new cleaning frequencies, adding morning and evening touch-up cleaning to high-return units previously visited once a day.

Engagement with patients is also critical. Staff are encouraged to add personal touches like smiling, listening, offering to help and handing out get-well cards. ES staff have scripts to help them address specific situations that may occur in a patient room.

Such improvement is reflected in continually rising HCAHPS scores. Between 2016 and 2017, scores increased from 70 to 79 percent.

Along with dedication to patients, Memorial is also focused on staff satisfaction. ES leaders are committed not only to the cleaning process, but also to the team members who do the work.

That is borne out by the ES department’s already high employee-retention rate that continues to climb. From 2016 to 2018, the retention rate increased from 81 to 86 percent. Employee feedback and recognition are critical. Giving each employee a voice is essential to ES leaders who host biweekly employee engagement committee meetings to give staff a chance to be heard.

Advancement opportunities and in-house training are available for ES staff seeking to grow within the department or health system. Currently, seven ES supervisors are former housekeepers who were promoted from within.

According to the judge who scored the hospital for the AHE competition, the ES department’s focus on people is at the heart of its success.

“For me, what sets this department apart from the pack is that the leaders realize they are in the people business,” says Nathan Bishop, ES manager, Job Options Inc., San Diego. “They care about their employees. They foster engagement, offer training opportunities. They put staff at the top of the totem pole.”

Bishop points to the hospital’s recent investment in a high-tech simulation center as evidence of its commitment to staff. Built three years ago, the center allows staff to develop skills through simulation settings that replicate their work environments, including mock patient and intensive care rooms. The center is equipped with a debrief room for viewing and discussing simulation videos.

Not only is the simulation center an extremely effective training tool, it also has made a huge impact on employees who regularly give it high ratings in employee surveys.

“It has offered such a high level of employee engagement, including the chance to train one-on-one with a supervisor,” Ceperich says. “Employees really love the concept.” Employee satisfaction rates, measured by an independent vendor, ranked in the 97th percentile in 2017.

Teaming up for savings

Ever mindful of the goal to achieve health care’s Triple Aim — improving the patient experience, improving the health of populations and reducing the per capita cost of health care — ES leaders work to cut costs when possible.

The department realized considerable success as part of the hospitalwide Strengthen Our Future Initiative, which asks staff in every department to suggest possible cost-saving measures.

“The idea is to ask everyone to open their eyes and take a look around to come up with suggestions for saving money,” Ceperich says. “In some cases, it can be something small. We submitted an annual $800 savings just by changing the duct tape we use.”

Many projects involve multiple departments. For example, after an ES staff member read an AHE news article about triclosan-based antibacterial soap, ES worked with IP to recommend replacing the product with a PCMX [para-chloro-meta-xylenol]-based antibacterial hand soap, which saved $6,500 annually.

To improve safety for employees and patients, ES supervisors worked with the nursing department and IP to transition from disposable to reusable, ecofriendly isolation gowns, saving the hospital $120,000 each year.

In his three decades in health care, Ceperich has never experienced the level of collaboration that exists at Memorial Medical Center.

“I have never worked anywhere that really operates under a culture of teamwork the way we do here,” he says. “There is no internal politics, no pettiness. We are all about what we can do – together— that is best for our patients. We follow that mission seriously.”

Beth Burmahl is a freelance writer specializing in health care topics and based in Lisle, Ill.