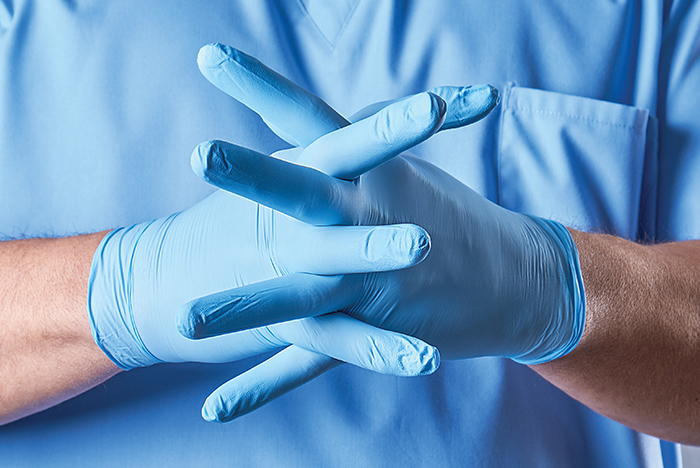 As part of a study on doffing strategies, researchers at Rush University Medical Center monitored 125 health care workers as they removed personal protective equipment (PPE). Each worker had cared for patients colonized or infected with a multidrug-resistant organism (MDRO). The study found that 39 percent of workers made doffing errors, and more than one-third of health care workers were contaminated with an MDRO.

The study, “Impact of doffing errors on healthcare worker self-contamination when caring for patients on contact precautions,” was published in Infection Control and Hospital Epidemiology.

Researchers took more than 6,000 samples from health care workers’ hands, gloves, PPE and other equipment, such as stethoscopes and mobile phones, taking cultures before and after patient interaction.

Additionally, trained observers monitored the technique each worker used to don and doff their PPE and tracked errors based on guidelines established by the Centers for Disease Control and Prevention (CDC). The CDC suggests two removal methods for PPE: a gloves-first strategy, and an approach that removes gown and gloves together. Researchers also tracked a third method of removing the gown first.

Health care workers who made multiple errors when removing their PPE were more likely to be contaminated after a patient encounter; however, the rate of making errors depended on the removal method, with 72 percent of workers who used a gloves-first removal making multiple errors.

A North Carolina hospital trained and deployed PPE monitors as part of its COVID-19 mitigation strategy.