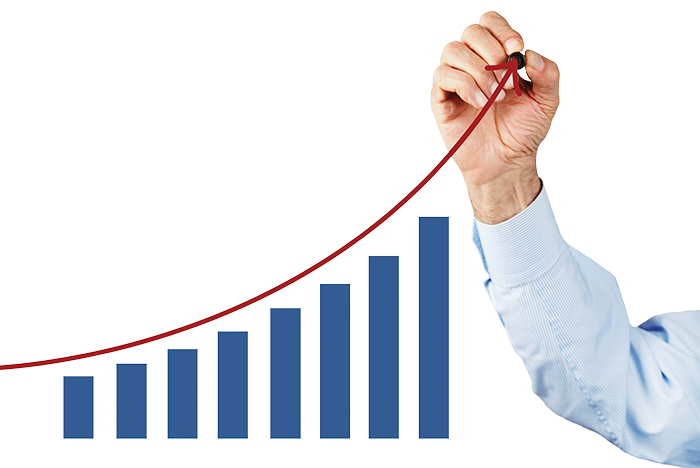 “One of the first things we plan to do is define operational excellence, because if you ask 100 facility managers what operational excellence is, you’ll get 110 responses,” says Jonathan Flannery, FASHE, senior associate director of advocacy at ASHE. “This strategic imperative is a huge endeavor. Basically, we want to help our members make sure that everything in their organization works to the greatest capability it can, using the least amount of resources possible.”

“A great challenge within health care is that we’ve done things as we’ve done them for decades,” Flannery says. “Change is hard, and this will be a big change.”

For example, Flannery notes that many manufacturers and service industry companies have embraced reliability-centered maintenance (RCM), which is a systematic method for maintaining physical assets. But health care organizations have not.

“Manufacturing uses RCM, the airline industry uses RCM, FedEx uses RCM — why aren’t hospitals using it?” he asks. “Because we’ve never done it that way, and many of our codes and standards are not based on RCM methods. So, this change is going to be a big thing. But I think we’re ready to change.”

Another cultural issue that may hinder operational excellence in the facilities area is the fact that health care organizations tend to under-budget infrastructure maintenance. Clinical equipment and other public-facing assets get more C-suite attention than facilities upgrades.

“The root of that is resources and priorities,” Flannery says. “I have sat in those meetings. How do you replace a boiler when you need a new 64-slice computed tomography scanner? So, you deal with the old boiler. But to improve our operational excellence, we’re going to have to upgrade that infrastructure.”

A closely related challenge to improving operational excellence is the wide disparity in resources among organizations. Flannery says one organization for which he worked budgeted $100 per bed for maintenance; his next employer budgeted only $30 per bed.

“That type of disparity still exists across the nation,” he says. “The folks who are not as well resourced are going to struggle at optimizing what they do.”

Despite these challenges, the concept of improving operational excellence holds great promise for hospitals, Flannery believes. Following are some categories of improvement opportunities identified by members of the Operational Excellence Committee:

EFFICIENCY. Perhaps the most obvious form of operational excellence in the field of health care facilities management is efficiency. Doing excellent work with minimal resources is an indicator of operational success everyone understands.

Ryan Ollie, manager of facility operations at Advocate Condell Medical Center in Libertyville, Ill., recalls an example of improved efficiency that arose when the health system noticed how much money was being spent on outside mechanical contractors across its sites of care. The various contractors used inconsistent labor rates and markups on parts, making it difficult to estimate the cost of projects or compare costs among the hospitals.

“We looked at all the spend on mechanical contractors and said, ‘Why can’t we use our size and try to come up with savings as far as negotiating fixed rates on material and labor?’” Ollie says. “So, we sent a [request for proposal] to a large group of mechanical contractors that all of our sites of care had been using and had some of them come in for a round of negotiations.”

The effort paid off. Advocate negotiated a fixed rate across the board for standard labor and overtime hours; eliminated trip charges; and established a pricing matrix to govern the markup of parts consistently.

“We distributed the agreement and pricing matrix to all the facilities managers in the organization so they would know what was expected,” Ollie says. “That was a big deal and saved a good amount of money. It was also an example of a great partnership between our supply chain department and facilities.”

“We don’t need to go around and check everything physically these days,” Skandaverl says. “We have sensors and alarms in our boilers, chillers, air handlers, electrical emergency generators and other critical equipment that can alert us when there’s a problem.”

Skandaverl notes that some people hesitate to use technology because they fear change. That’s less common with younger workers, who have experienced a more “wired” world since birth.

“The new generation says, ‘If there’s a problem, install a camera and I’ll look at it from my office,’” Skandaverl says. “When I need to communicate with my staff, it does not matter where I am. I can instantly reach all 34 of them with a text and get a response in five minutes. The more we use technology, the more familiar with it we become. Technology is a good friend. If used properly, it can save a ton of time and money.”

LIFE-CYCLE COST. Another example of operational excellence is considering the entire life-cycle cost of improvements rather than seeking the lowest initial cost.

“I think we finally have most of our project teams looking at life-cycle costs when they’re planning a new facility,” says Michael Hatton, FASHE, vice president of Memorial Hermann Health System in Houston. “For example, an HVAC cooling tower with the cheapest initial cost will be a galvanized tower with a 10-year life. But a stainless tower will last 20 to 30 years, so the average cost per year is significantly lower. It’s the same with lighting. If you take the lowest bid, you’ll get fluorescent. Go up to [light-emitting diode] and you’ll use one-third as much electricity. Roofing is another area we’ve learned not to go cheap on. In the Gulf Coast, you don’t put on a cheap roof. A good one will cost 50 percent more, but it will survive a windstorm and last two or three times as long.”

Ensuring that the total life cycle is considered involves more than just convincing facility managers of the value of doing so, however. Two other parties need to be convinced: the design team and the C-suite.

How do you convince the design team to think about life cycle? By requiring that they consider the situation from the view of facilities management, says Skandaverl.

“When you are planning a building, normally the architects and engineers look at first cost, because they are not in the field of operations,” he explains. “But we want to look at the cost of the entire life cycle, because that will give us an optimal cost effectiveness. We are trying to get the design engineers and architects to accommodate the facilities managers at the same table. We want them to involve the facilities management people so they are part of the design.”

Finally, persuading the C-suite to pay more for a higher efficiency piece of equipment requires speaking their language, Skandaverl notes. They understand the value of a long-term equipment investment if it is put into clear dollars-and-cents terms.

“Once you speak their language, they understand,” Skandaverl says. “If you go to the administration and say, ‘We can save you money over a long period of time if you give us $100,000 for this piece of equipment,’ they will do it if you can explain it in a way they understand.”

TEAMWORK. Operational excellence extends beyond efficient equipment. Another key way to perform in an excellent fashion is to make sure every staff member contributes fully to the cause. Teamwork saves time, effort and money.

“I like to connect the team members from all of our 34 hospitals and ask them to share their lessons learned, because together they have a great wealth of knowledge,” Skandaverl says. “If there’s a problem, they can send an email out to the 34 members and say, ‘Hey guys, I have a boiler here shutting down, and I don’t know what’s going on.’ Within 15 minutes, they have three to six people replying, ‘This is what I did in that situation.’ So they’re benefiting from the lessons learned from each other.”

Skandaverl says the teamwork extends to his ASHE friends. “I think I have 2,000 LinkedIn friends from ASHE. So if I have a problem, I reach out to these people and I get answers in minutes.”

Teamwork also means making decisions jointly in some circumstances. Ollie notes that Advocate Aurora Health’s facilities leaders have made a point of involving department heads when changes are proposed.

“Cost-cutting initiatives are a reality of the current landscape of our health care field,” Ollie says. “I give a lot of credit to Advocate Aurora Health system’s facilities leaders — they consistently let their teams take ownership over many cost-savings initiatives that impact the entire department. They have really given us a lot of space to come up with good ideas.”

An example of successful joint decision making at Advocate involved consolidation of elevator maintenance contractors. Ollie explains that all of the facilities leaders from the organization gathered for a day to review elevator maintenance proposals, interview company representatives and debate the options.

“We had a very passionate conversation, and at the end we voted on the proposals and selected a partner. We made a service contract with them for the entire health system,” Ollie says. “The reason this worked so well was that everyone had ownership of that decision. With this process, people feel their voice is heard and their opinions are respected.”

“Quarterly, we roll up all the statistics for staffing and labor costs, utility costs and ratio of square feet per FTE, and benchmark all of the campuses against each other,” Hatton says. “We use that data to try to understand how the best campuses do it, and what the lower-rated campuses need to move toward a better number.”

“We compare the [maintenance, repair and operating (MRO) supplies] per square foot,” he says. “For example, if one hospital’s MRO is $4 per square foot and another is $7, we ask, ‘What is the $4 hospital doing?’ We might find that they have better sequencing of the chillers, while the hospital spending $7 is running the chiller wide open.”

The types of operational excellence described in this article are merely some examples of the wide range of activities that can fall under the definition of that term. Other important types include preventive maintenance, careful out- and in-sourcing, and efficient supply management.

“In the big picture, all types of operational excellence impact the affordability of health care,” Flannery says. “The more we take the resources and assets we have and use them to the optimal effectiveness, the more affordable health care is.”

Ed Avis is a freelance writer and frequent ASHE contributor who is based in Chicago.

Creating a single operational culture after a merger

Nine tips for acquiring and acquired organizations to bring disparate operations together.

Developing a definition of operational excellence

Members of ASHE committee discuss the ever-evolving nature of excellence.

Committee will use Energy to Care program as springboard to tackle overall physical environment efficiency.