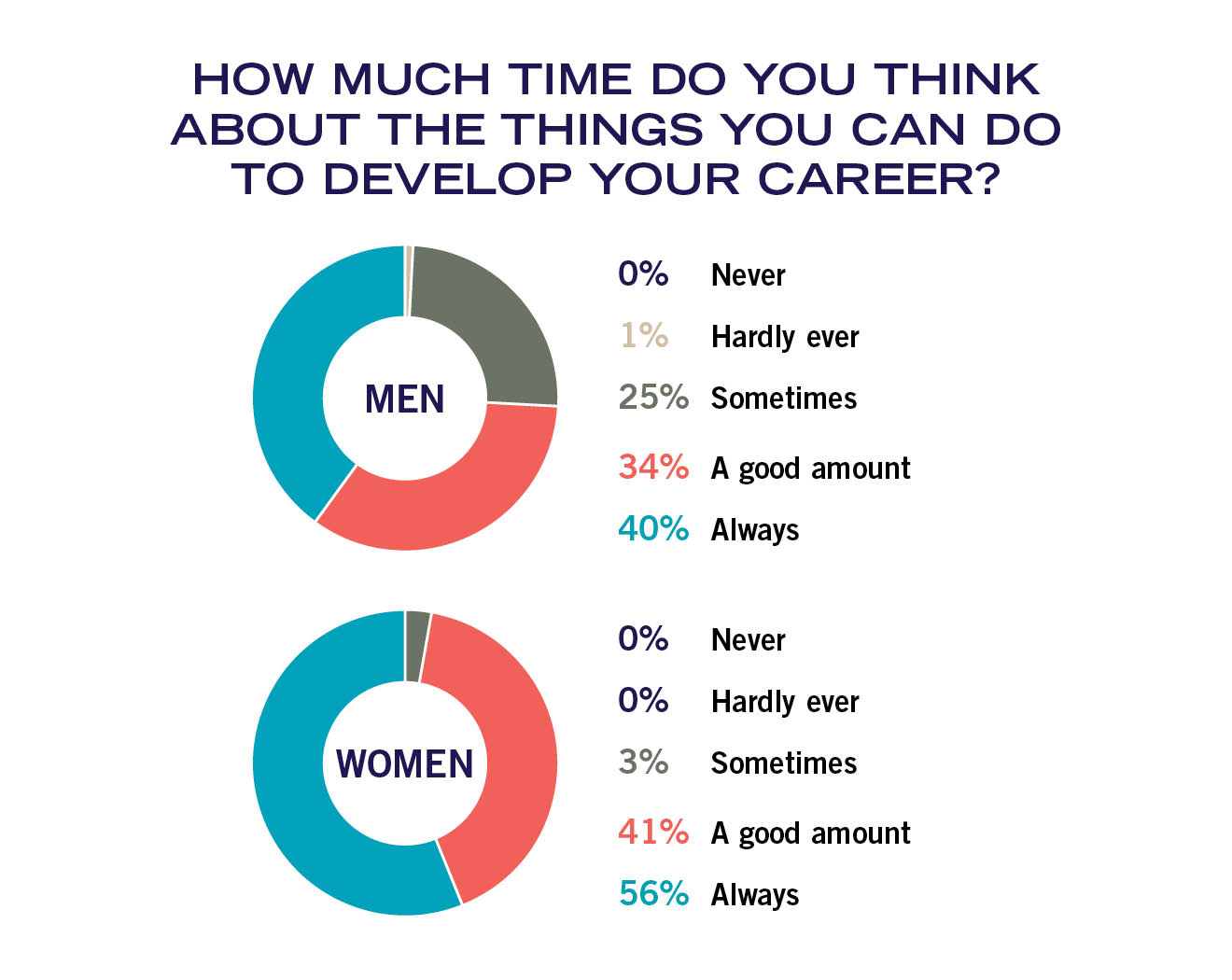 The American Society for Health Care Engineering’s Career Collaboration Project also explored gender differences. Results indicated that men taking the survey were, on average, five years older than women. Educational attainment was similar across both genders, and no differences were found for career satisfaction or career satisfaction social comparisons.

A few significant gender differences were found. First, women reported earning less than their male counterparts. Second, number of years in the career field was found to significantly predict salary (meaning that as number of years in field goes up, salary goes up) for men, but not for women. This feeling must at least be partially felt by women respondents because women were much more likely than men to report salary social comparisons indicating that they felt they earned “much less” or “a little less” salary.

Several gender differences were noted for current role. Males were much more likely to report being in the facility management field (men 50% versus women 39%) and less likely to be in design (architecture/interior/engineering) fields (men 9% versus women 18%).

Additionally, a clear increasing trend of women newly entering the health care engineering workforce was found. Specifically, as compared to men, double the percentage of women reported being in the earlier stages of their career, having been in the field three years or less (men 22% versus women 42%) or being “still in training” (men 1% versus women 8%). These results would suggest that, among survey respondents, the women’s workforce is younger and generally less experienced.

It is clear that women are invested in their careers because they were more likely to report that they were “always thinking of ways to develop their careers” (women 56% versus men 40%), a marker of intentional career development in the future.

These results could suggest that as the field continues to see an increase in female representation and career development over time, it may expect to see a closing of gender-related gaps and in women’s negative social comparisons related to salary equity in the future.

An overview of findings from the ongoing ASHE Career Collaboration Project survey.

The revamped course falls in line with changes made by CMS and The Joint Commission for emergency management.