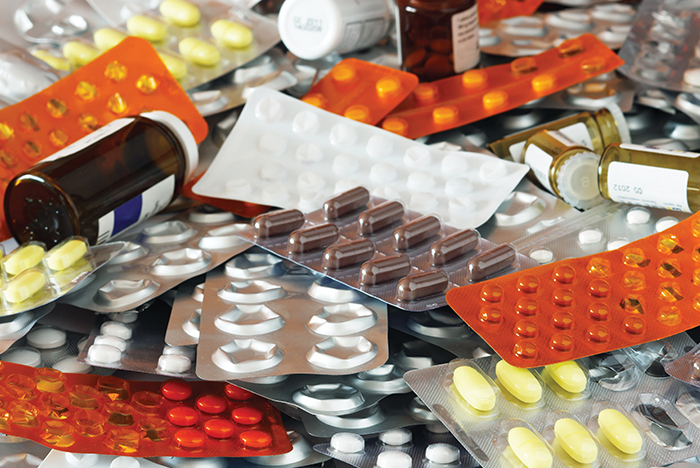 On Aug. 21, 2019, the Environmental Protection Agency’s (EPA’s) Final Rule: Management Standards for Hazardous Waste Pharmaceuticals and Amendment to the P075 Listing for Nicotine will begin impacting how hazardous waste pharmaceuticals are managed in hospitals and other health care facilities. Despite its imposing name, the new rule is groundbreaking in that it is only the second time in EPA history that the agency has specifically carved out rules for a particular field. And the results generally are very positive for health care, with some caveats.

Both pharmacy and nursing will need to be heavily involved as these changes take effect, but environmental services (EVS) managers can play a pivotal role in assuring that a reasonable timetable is developed and that everyone understands the basics:

Prohibition of sewering of hazardous waste pharmaceuticals. The first item on the agenda is the nationwide prohibition of the sewering of any hazardous waste pharmaceuticals. If an organization is routinely sewering any drugs, other than saline, sugars and electrolytes used for hydration, this would be a great time for it to move toward segregating all other drugs into appropriate pharmaceutical waste containers. This is especially important if an organization uses any of the controlled substances that also designate as hazardous waste, such as chloral hydrate, fentanyl sublingual spray, testosterone gel or diazepam 5 milligrams/milliliter injectable.

If these drugs are currently being drain-disposed, that practice must change by Aug. 21. Because it is not realistic to expect nursing to manage some controlled substances one way and others another way, it’s important to start looking at the various sequestration devices available on the market. Pharmacy and nursing must be heavily involved in these decisions, but EVS can bring this important requirement to the table for action. EVS will, of course, be involved in managing the used containers.

States on the frontline of rule adoption. If an organization is located in states and territories that are managed by the EPA (i.e., Iowa, Alaska, Puerto Rico, Indian Country and all U.S. territories except Guam), the entire rule will become effective Aug. 21. Certain other states have indicated they will adopt the entire rule immediately on that date (i.e., Pennsylvania, Kentucky and New Jersey). North Carolina has indicated it will implement the exclusion of over-the-counter (OTC) nicotine gum, lozenges and patches on that date also.

For all other states, facilities will need to monitor their state’s website for specific information regarding when the rule will take effect and if the state will adopt the less stringent aspects of the rule. States that can adopt by regulation have until July 1, 2021, and states that require statutory amendments have until July 1, 2022, to adopt. So the field will be dealing with a patchwork of varying regulations over the next three years. It will also be important for facilities to ascertain if the state to which a nonhazardous pharmaceutical waste is being sent for incineration has adopted the less stringent measures to avoid a rejection of those drugs that may still be regulated as hazardous waste in that state.

Nicotine and warfarin packaging exempted. One of the best aspects of the new rule is that both nicotine and warfarin packaging are exempted, but for different reasons. OTC nicotine replacement therapy in the form of gum, lozenges and patches is being removed entirely from the P-list of hazardous waste in 40 CFR 261.33. Assuming a state adopts this regulatory change, neither used nor unused nicotine in these forms or their wrappers will need to be managed as hazardous waste. As a best management practice, used or unused OTC nicotine should be managed as nonhazardous pharmaceutical waste. Any nicotine in e-liquid form, such as the prescription version, is still fully regulated as a P-listed hazardous waste.

Empty warfarin blister packs and stock bottles are also exempt from hazardous waste under the new rule. Any empty stock or dispensing bottles of 1 liter or 10,000 pills or less and any empty unit-dose containers that held P-listed hazardous wastes are exempt. No more triple rinsing is required or allowed. Both of these changes will be great news for nursing, as it has always been difficult to explain to a nurse why an empty blister pack should be managed as a hazardous waste. And, of course, that also means no more documenting of the residues of these items by month or year. Because this aspect of the rule is less stringent than the current regulations, an organization should make sure its state has adopted it.

In addition to these changes in the definition of “empty,” the new rule defines empty for P, U and characteristic hazardous waste in syringes, IV bags and other containers.

If an organization currently uses a sequestration device or plans to move in that direction, once the rule is adopted by its state, the organization can dispose of the device as nonhazardous pharmaceutical waste. However, it must comply with the following requirements: no sewering; managed in compliance with Drug Enforcement Administration (DEA) regulations; and destroyed by a method that the DEA has publicly deemed in writing to meet their non-retrievable standard, or combusted at permitted facilities such as a large or small municipal waste incinerator, hospital, medical and infectious waste incinerator, commercial and industrial solid waste incinerator, or hazardous waste incinerator. Thus, virtually any incinerator that is permitted to accept nonhazardous pharmaceutical waste will be appropriate for all sequestered controlled substances once a state adopts this aspect of the new rule.

Thus, any hazardous waste pharmaceuticals that have been unit-dosed by the pharmacy or labeled for patient use are not eligible for reverse distribution. Actually, there is no reason to send any drug that is not potentially creditable to a reverse distributor because they will charge a fee to dispose of it in addition to the handling and transportation costs.

A surprise for the field is that as the rule is currently written, outdated hazardous waste OTC drugs must be sent as products to a reverse logistics center. While this works for mass merchandisers and large retail drug chains, hospitals do not have a relationship of that nature so would have to manage the outdated OTC drug as a hazardous waste and lose the credit. The EPA has been made aware of this discrepancy and hopefully will allow eligible OTC outdated hazardous waste drugs to be sent to a reverse distributor.

Consolidation of hazardous waste pharmaceuticals and outdated drugs from very small generators. Another benefit of the new rule is the ability for very small quantity generators (VSQGs) of hazardous waste to send hazardous waste pharmaceutical outdates and waste to a central location under common ownership that is operating under the new subpart P for consolidation and management. This enables clinics, surgery centers and related facilities to avoid expensive stop charges for hazardous waste pickups and to ensure that all potentially creditable outdated drugs are sent through reverse distribution. VSQGs do not need to opt into subpart P to take advantage of this flexibility but may do so to avoid having to prove their VSQG status.

VSQG long-term care facilities (LTCFs) considered to be businesses. If an organization also manages LTCFs and has been using the residential exclusion provided by some states, the new rule now considers them to be a business, and they must follow the options provided by the rule. If the LTCF has a DEA-approved kiosk managed by the organization’s pharmacy for controlled substances generated by the residents, it also can be used for hazardous waste pharmaceuticals. Organizations should carefully check the rule for all aspects that apply to LTCFs and VSQGs.

The EPA has made a credible effort at providing regulatory relief in those areas that did not provide an environmental benefit, such as P-listed packaging, and tightened up areas that have been in shades of gray all these years, such as reverse distribution.

The one area not addressed is an update of the P and U list to include the myriad highly toxic chemotherapy drugs that have entered the market since 1980, when the list was first published. That will need to wait for a separate rulemaking.

Until then, responsible health care providers are managing these drugs as hazardous waste as a best management practice, encouraged by the impending United States Pharmacopeia (USP) 800, Hazardous Drugs – Handling in Healthcare Settings, deadline of Dec. 1, 2019.

Charlotte A. Smith, RPh, MS, is senior regulatory adviser for Waste Management Sustainability Services’ PharmEcology Services, which is based in Houston. She can be reached at csmith32@wm.com.

How small-quantity generators can achieve compliance