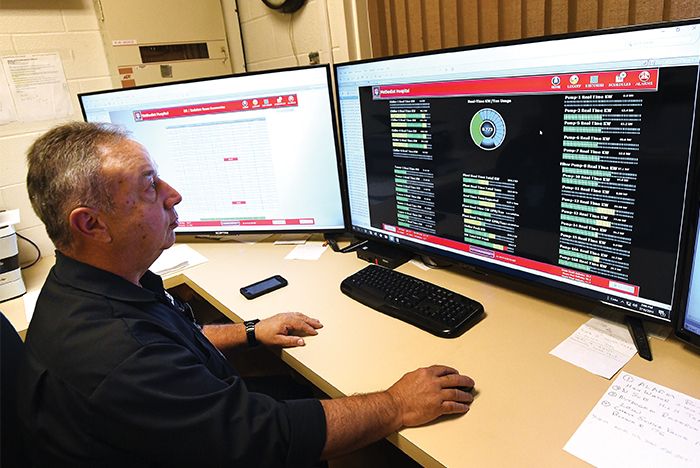 Indiana University (IU) Health has decided to dive in head first to the green movement. The 16-hospital system recently launched an ambitious, organizationwide effort to transform how it deploys resources and runs its facilities.

The health system’s initiative includes investing $2 million to switch bulbs at six of its facilities to LED lighting, and committing to construct all of its new buildings using LEED standards, starting with an ongoing wave of $800 million in projects across the enterprise.

IU Health also hired an operations director from Cleveland Clinic Abu Dhabi, who is overseeing the sustainability program. Leaders at the Indianapolis-based system have been quick to embrace the importance of such large-scale investments even though they do not fall strictly in line with clinical care improvements.

“One of our system’s long-range goals is helping Indiana become a healthier state, and that’s not just clinical outcomes when somebody comes in to see the doctor,” says Rick Hood, vice president of system support services for IU Health. “Hospitals certainly consume a lot of energy and produce a lot of waste. So, we know as a system we have an important role to play in becoming a better steward and a better partner. That’s really the backbone of why we started to look at a more cohesive, systemwide strategy.”

Another key piece of that game plan is partnering with local provider Indianapolis Power & Light (IP&L) Co. to root out ways that it might further reduce energy consumption.

IU Health is the largest hospital system in Indiana and one of IP&L’s largest power users, spending about $38 million each year on power. The two organizations began working together at the tail end of 2018 and have pinpointed a slew of ways to cut back, including motion-detector lights that shut off when rooms are empty, more energy-efficient heating and cooling systems, and smart thermostats.

They’ve championed the use of operating room (OR) setbacks, too, reducing the amount of air and energy deployed when each is unoccupied, saving the system upward of $4,000 per OR annually. New building software systems at its flagship Methodist Hospital now allow facility professionals to separately control each OR for the proper range of temperatures, humidity and other factors.

Indiana University Health has been able to reduce its consumption by almost 19 million kilowatt-hours, or $1.5 million in electricity cost savings, through partnering with its main energy provider. It’s also collected more than $1.3 million in bonus payments through incentive programs run by IP&L.

John Delks, facility manager at IU Health’s Methodist Hospital, credits the early success to having dedicated sustainability stewards at each hospital who are always seeking ways to further conserve resources.

“We have the boots on the ground who know the equipment and are really driving this process,” Delks says.

In addition, IU Health’s sustainability strategy incorporates several other initiatives on the environmental services side, including a food composting project planned at its hospitals in downtown Indianapolis and a recycling program for all of its employees.

Hood says the system has no plans to take a break on its sustainability initiatives after the early wins. IU Health is aiming to use the savings to hire a full-time sustainability manager in 2020. They’re also building a systemwide road map that will have energy teams at each of its hospitals to help further “drive best practices across the organization, and take ownership by each facility,” Hood says.

“The nice thing is that we’ve already got a lot of people in our organization who really want to be involved in this and are helping us, in the end, to become a cleaner state with a cleaner environment,” he continues.

“I don’t think we will have a problem with our team members continuing to move this forward.”