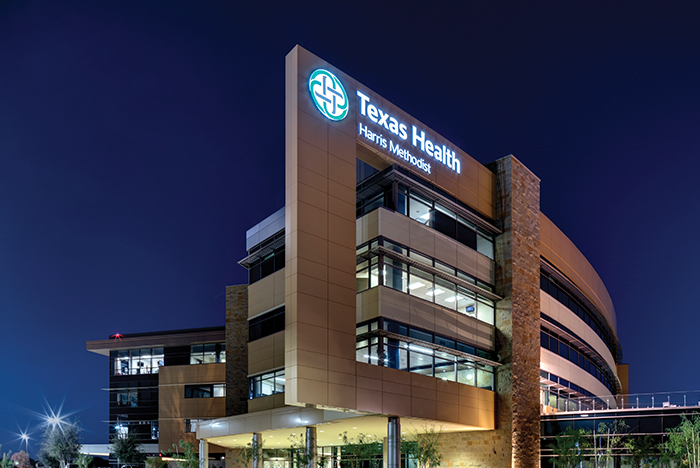 Texas Health Resources is one of the organizations piloting a new technology to protect emergency power systems at hospitals.

In 2012, when six New York City area hospitals lost 100% of their emergency power to Superstorm Sandy, hospitals around the country began to rethink their emergency power systems. Powered for Patients was launched in the aftermath to find a way to connect impacted hospitals with government officials and utilities to speed the deployment of emergency resources. Today, Powered for Patients is preparing to launch a prototype solution to automatically alert agencies of backup power threats before outages occur.

In December 2018, Powered for Patients received a grant from the Department of Homeland Security (DHS) to develop a prototype dashboard that government officials and utilities can use to assess threats to emergency power at hospitals impacted by disaster. With support from the American Society for Health Care Engineering and other industry supporters, Powered for Patients is preparing to turn its prototype Power PIONEER Dashboard over to DHS on Sept. 30.

“We have a working prototype that’s in place right now,” explains Eric Cote, project director at Powered for Patients. “It’s based on national data, so in the coming weeks we will do some actual tests of status sharing from participating hospitals.”

Texas Health Resources, a 14-hospital system in the Dallas area, will be the first in the nation to test the dashboard’s automated status reporting. Brent Rutherford, CEM, CHFM, CBCP, director of facilities for Texas Health, explains that the dashboard will transmit generator capacity information from the system’s emergency power system, as well as gas and electric data, back to Powered for Patients.

The test is a major achievement for the dashboard developers, as the use of real data — and overlying privacy concerns — have been a sticking point for some health systems.

“The notion for hospitals of having government officials and utilities having access to their real-time emergency power status information obviously raised some concerns, which we fully understand,” Cote says.

Support from the program’s four technology suppliers — Automated Logic Corp., Blue Pillar Inc., Eaton and Schneider Electric — led to a secure solution. “We’ve figured out a way to allow those technology providers the permission of the hospital clients to basically share status information with us without sharing the underlying data,” Cote explains.

The result is expected to help speed the deployment of resources by automating the alert process. “Facilities managers don’t even have to think about picking up the phone and calling someone,” Cote says. “For hospitals using this advanced technology, PIONEER will make early warning a very simple automated process.”

Vance Vinson, CHFM, QCxP, CHC, director of facilities at Miami Valley Hospital in Dayton, Ohio, says that what pushed him to volunteer in support of the test is that it helps him to draw on deeper resources for local fuel vendors.

“If the roads to the hospital aren’t passable for some reason, we’re stuck,” Vinson says. “What [Power PIONEER] brings to bear is automatic notification to state and federal authorities about where we stand with our fuel and generator situation. It brings those resources to us much quicker than we would be able to do going the standard route of having hospital executives reach out to the regional disaster center, who reaches out to the state disaster center and so on.”

Rutherford adds that the system changes little to the preparation stage. “It’s more for our utilities providers … to make sure that we maintain a stable, reliable source of power,” he says.

Cote adds, “The Power PIONEER tool is light-years ahead of what’s currently happening, which, in a lot of cases, is no early warning at all. There’s an important distinction between the automated process and the manual notification.”

Once the prototype is sent to DHS, Cote speculates it may be as much as a year from before a final system is rolled out to health care facilities around the nation.

The new Helen L. and Martin S. Kimmel Pavilion integrates technology into every facet of care.

Stopping mold before it starts helps to prevent costly expenses and potential harm.