Social comparison is a way that people gather information about themselves to understand how they stack up against similar others, when more concrete feedback is not available. Engaging in social comparison is considered normal and is performed by comparing relative status on attributes that are important to an individual’s sense of self (e.g., physical attractiveness, success and intelligence). These social comparisons play a powerful role in guiding behavior and influencing emotional well-being.

The 2019 Salary Survey by Health Facilities Management, in collaboration with the American Society for Health Care Engineering and the Association for the Health Care Environment, explored the relationship between respondents’ salary-related social comparisons and other factors. 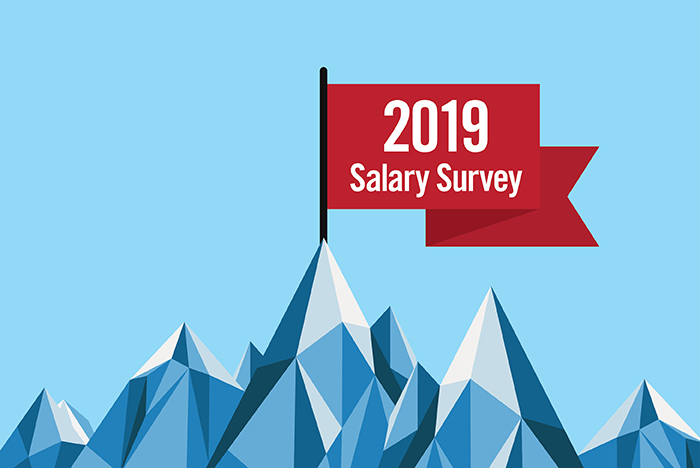 Respondents were asked to conduct a salary-related social comparison by answering the following question, “Compared to others with similar career fields and experience, do you think your salary is: much lower, a little lower, about the same, a little higher or much higher?”

Respondents were extremely willing to answer this question (99% participated), and to provide additional open-ended feedback explaining their answers. A clear pattern emerged, where the bulk of respondents endorsed choices nearest the middle of the scale (see chart in this sidebar), with approximately two-thirds of respondents endorsing that they either made “a little lower” (33%) or “about the same” (34%) salaries as similar others.

Furthermore, respondents’ actual salary predicted social comparison scores, where those in the highest salary quartile were more likely to endorse “much higher” than other quartiles. Clearly, individuals at the top are very aware of this fact.

The Salary Survey also explored whether patterns of social comparison were different by subgroups. No significant differences were found for number of departments managed, region of the country, reported race or intentions to engage in career development activities.

Strong significant differences were found for gender, age, time in industry and time in field. Specifically, women were more likely to select that they had “much lower” salaries than people in similar roles (29% vs. 18%), older respondents were more likely to report “a little higher” and “much higher” salaries than younger respondents, and those reporting more years in the field and health care field experience reported higher ratings than those with less years in the field or industry.

However, these findings do align with what is commonly considered true: People often tend to make more money the longer they have been in the field. Also, caution should be exercised in interpreting gender and racial results, as the sample was less diverse in these two areas than optimal.

No real differences were found when the sample was compared across eight distinct job roles, with the exception of those reporting working as “maintenance” professionals. Individuals in this role were more likely to report that they made “much lower” salaries than their counterparts (37% of mechanics vs. 13% to 23% for others).

These patterns were also linked to commonly occurring themes when respondents were asked to consider what reasons, events or happenings they had been thinking of when they selected their social comparison ratings.

Respondents who rated themselves in the two highest categories were more likely to cite education, hard work, “wearing lots of hats” and increased responsibility as justifications for their perceived higher salaries. Alternatively, respondents were more likely to mention lack of experience or education, gender, geographical area, hospital size, type, or profit status and organization “not hitting financial targets” when justifying lower category selections.

Finally, many respondents linked “unfair market assessments” due to decades-long employment within the same organization instead of relocating for additional career opportunities to making “a little lower” or “much lower” salaries than their peers.

Overall, salary social comparison patterns are similar across all participants, are highly related to actual earned salary and can shed light on potential factors that could influence career development and satisfaction beyond salary earned.

COVID and social comparison: Making sense of the unknown

ASHE research dives into how facilities prepared for and have been impacted by COVID-19.

An overview of findings from the ongoing ASHE Career Collaboration Project survey.

Women contribute to growing a younger workforce as they join a historically male-dominated field.