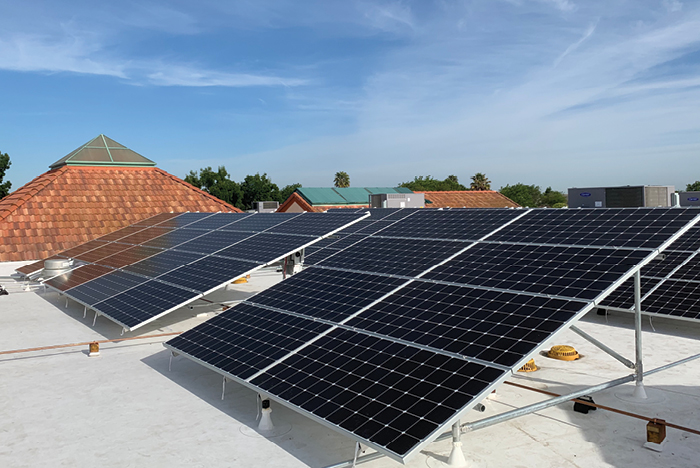 Following California’s worst year of wildfire damage in 2018, health care facilities in the area approached 2019 more experienced in disaster preparedness. Yet, this year has brought about another curve: planned power outages, which is a strategy being used by utility companies to reduce the risk of high winds downing power lines and sparking wildfires along dry vegetation.

These outages have placed additional strain upon health facilities’ backup power systems. And now utility companies, Pacific Gas & Electric (PG&E) in particular, are cautioning customers to expect outages as normal occurrences during the next decade as they upgrade infrastructure.

“We hope this isn’t the new normal, but we don’t know,” says Jan Emerson-Shea, vice president of external affairs for the California Hospital Association (CHA).

Emerson-Shea points out that state and federal law have long required hospitals to have backup generators in place, so they are largely prepared to handle a power outage that occurs. However, she adds, “They weren’t necessarily designed for planned outages over many days, every week or so. We’re using the generators in some ways that we hadn’t previously anticipated.”

Health care organizations say this burden is especially being felt among smaller, non-hospital facilities. For example, Sutter Valley Medical Foundation has 58 separate sites in the North Valley area impacted by outages. Of its many rural clinics, only its Brownsville facility has a backup generator. “We’ve had a generator there for years because it’s somewhat remote and loses power, but we ran that generator [in October] longer than we ever have,” says Theresa Frei, CEO of the foundation. “We learned a little bit more about how to keep it running.”

Now the system is evaluating the feasibility of putting backup power into more locations, particularly those that experience multiple planned outages.

With the threat of more regular outages in the future, other systems are evaluating their power capabilities and needs. Benjamin Eichert, director of Greenpower, Santa Cruz, Calif., a nonprofit organization helping California businesses transition to clean energy, notes his partners have seen an uptick in calls from health care facilities interested in installing microgrids. Some of that interest has been spurred by the recent installation of a zero-carbon microgrid at the San Benito Health Foundation’s (SBHF’s) clinic in rural Hollister, Calif. Greenpower helped coordinate funding and work with sustainability contractor Mynt Systems, Santa Cruz, Calif., to install a solar array and lithium-ion based battery backup system at the clinic.

Eichert adds that this project was ahead of its time, as it was completed just a few months before the power shutoffs. Since then, Greenpower has begun working with a nonprofit Santa Cruz health clinic that has a new facility permitted by the county board of supervisors under the condition that the clinic make every effort to install a solar plus battery microgrid.

While health systems consider their next moves, Emerson-Shea advises now is the time to reach out to utilities to strengthen those relationships. “That relationship-building is very important between the utilities and the health care facilities,” she says. “I think there’s a growing awareness of the importance of those relationships, not only in the moment but in advance of when the power may be shut off.”