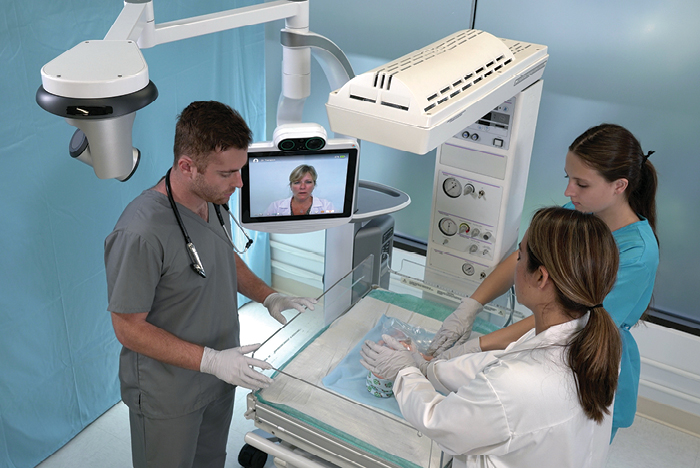 Mayo Clinic’s Division of Neonatal Medicine and Center for Connected Care recently published findings of a study comparing the reliability of wireless telemedicine technology versus a traditional wired cart. In the 20-month study, the health system found that the wireless technology outperformed its predecessor in every instance.

The study zeroed in specifically on Mayo’s Newborn Resuscitation Telemedicine Program (NRTP). According to Jennifer Fang, M.D., 10% of infants will require additional medical assistance at birth and 1% will require significant resuscitative interventions.

The study tracked 118 NRTP consultations and found that it had a 96% first connection attempt rate, versus 73% using the old system. It also logged a 93% incident resolve rate, which is the ability of the provider to easily resolve any issues with the device before patient care is impacted. The previous rate was 68%.

“We found that the InTouch Lite V2 provided more reliable connectivity and significantly better audio quality when compared to a wired telemedicine cart,” Fang says. “These findings are important because when a newborn requires advanced resuscitation in a community hospital, the remote neonatologist must be able to immediately establish and maintain the telemedicine connection.”

The study also showed one-third of babies were able to stay with their families in the local hospital due to enhanced access to neonatologists.

The technology trial has created a ripple effect. The technology or a more recent version is used for all acute care video telemedicine services provided by Mayo, and its teleneonatology program is now available at all Mayo Clinic hospitals in the Midwest.

ASHE to coordinate use of wireless technology