Rural hospital takes back its power 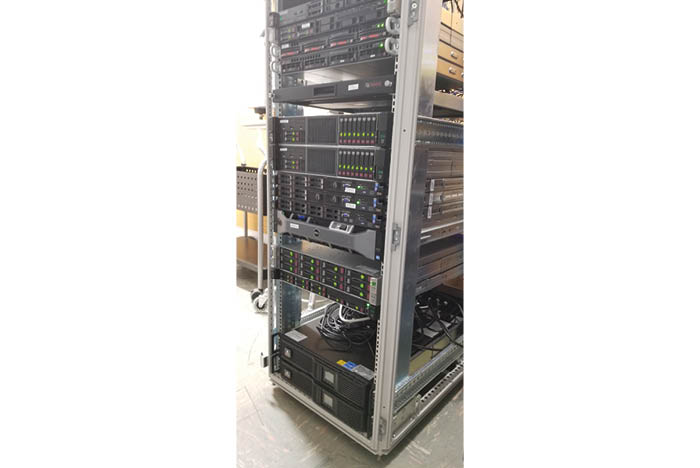 Linton Hospital is a small 14-bed, 27,000-square-foot facility. Despite its small size, the critical access hospital and its three affiliated clinics provide crucial 24-hour medical services to patients living in the rural communities of Emmons County, N.D., and Campbell County, S.D. The hospital itself, which currently employs approximately 100 staff members, is one of the largest employers in its community and was recognized last year as a Top 20 critical access hospital by the National Rural Health Association.

For the residents depending on the hospital’s trauma, cardiac, pediatric, surgical, physical therapy, radiology, lab, administrative and other services, consistency is key. However, the hospital had often experienced power interruptions to critical equipment and applications, including the electronic health record (EHR) system, lab equipment, telemedicine connections, and telephone and security systems.

The issue stemmed from failed synchronization between the hospital’s main power source and its uninterruptible power supply (UPS). The hospital’s information technology (IT) director, Ross Mattheis, had deployed several UPS units to provide backup power protection for equipment. This was to ensure that anytime the hospital’s main source of power dropped too low or was lost, the essential power load would transfer to the UPS. Ideally, the UPS would provide short-term interim backup power until the generator could start up and transfer the load. However, the power load was failing to transfer to the generator. Instead, it remained on the UPS.

Unfortunately, if the main power didn’t return before the UPS batteries ran out, the hospital would lose access to equipment and systems. As a result, hospital staff had fallen into the habit of unplugging servers and equipment connected to the UPS and connecting them to other outlets supported by the generator. While this provided an immediate fix, if the plugs were never switched back, it left equipment without UPS protection when the next outage occurred.

In addition, the problem created a significant amount of extra work for Mattheis. To prevent power surges, he would have to manually shut down sensitive IT and lab equipment before each scheduled generator test. Additionally, because the UPS units were regularly expending their battery power, they were failing long before their life expectancy, adding even more to the facility’s costs and workload.

In searching for a better solution, Mattheis consulted with High Point Networks, West Fargo, N.D., for help in pinpointing the problem. High Point brought in the experts at Data Center Systems, Brunsville, Minn., a local Vertiv partner, to help with troubleshooting. The team suggested that the hospital try a more generator-friendly technology with better power conditioning capabilities: the Vertiv Liebert GXT UPS series.

The units have a wide input voltage tolerance, allowing them to handle large fluctuations before transferring to battery power, which helps prevent unnecessary battery discharges and preserves the unit’s useful life. Mattheis was able to easily configure the systems using plug-and-play, which he says made the entire installation process very straightforward. But the real benefit became apparent once the units were up and running.

In addition to resolving the generator synchronization and power quality issues, the new units provided enhanced monitoring capabilities that revealed a ground fault error that was likely contributing to premature battery failure. This insight facilitated the diagnosis of a facility electrical ground issue, which may otherwise not have been caught. The facility’s electrical contractors were able to quickly correct this issue.

“The new UPS units just work,” Mattheis says. “I no longer have to worry that my equipment might go out every time the generator kicks in. That peace of mind, plus knowing I have access to on-site support, has made the switch a great experience for our facility.”