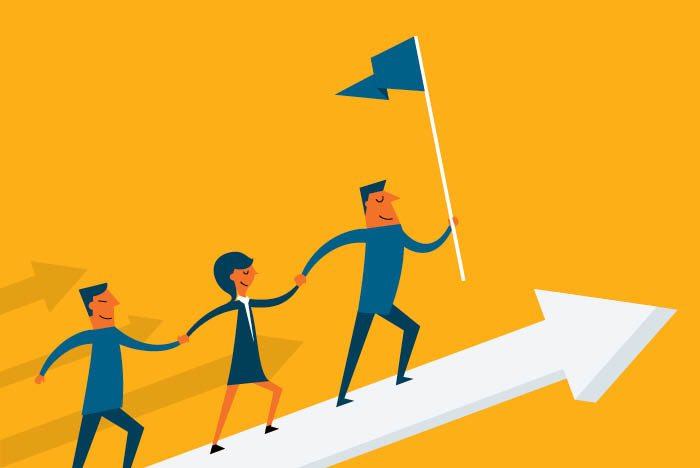 The definition of “operational excellence” in health facilities management depends to a great extent upon whom you ask. But, while experts provide a range of responses to the question, certain commonalities emerge.

Operational excellence strives for continuous improvement, minimizing costs, increasing efficiencies, getting the most from staffing and assuming a proactive approach to maintaining facilities throughout their life cycles.

The pros and cons of technology

Lessons from beyond health care

Health Facilities Management talked to members of the American Society for Health Care Engineering’s (ASHE’s) operational excellence committee to discuss their own views on the subject as well as the key performance indicators (KPIs) that help shape excellence.

Along the way, these experts also weighed in on overrated and underrated KPIs, lessons health facilities can learn from other fields and the ways technology’s evolution has helped advance operational excellence.

Finally, they donned their prognosticators’ caps and offered their thoughts on trends that will shape excellence in the years to come.

According to Michael A. Hatton, CHFM, FASHE, vice president at Memorial Hermann Health System in Houston, operational excellence is the continuing process of maximizing outcome, while minimizing expenses and improving efficiencies. In his operation, Hatton reports the most important KPIs are effectiveness, completion rate and the outcomes of a preventive maintenance program to protect the asset.

“Another indicator is the effective use of resources such as utilities in a hospital or office building environment,” he says. “That’s the second tier of what we do for a living. That’s demonstrated by the Energy Use Intensity (EUI) as documented by the Environmental Protection Agency’s ENERGY STAR® and ASHE’s Energy to Care metrics.

“Finally, it would be the appropriate use and minimizing and manifesting of a waste stream at the hospital or other business unit,” Hatton says. “[This is to] ensure you are in compliance with regulatory guidelines while seeking to reduce quantities and effective reuse as appropriate for a good steward of our resources, which often means lower cost from an operational perspective for a health care facility.”

Hatton reports secondary KPIs can include gallons of water per square foot for water utilization. “There are similar metrics for waste and other disposables at a hospital, aligned with patient days or square footage of the facility,” he says.

For Michael Joseph Wood, CHFM, CHSP, CHEP, director of facilities support systems at Parkland Health & Hospital System in Dallas, operational excellence means grasping that health facilities management is unlike any other type of facilities management. “You need compliance — always — so it’s a very different arena than a business- or school-based occupancy,” he says.

“Operational excellence is knowing your business is health care, staying ahead of the curve and thinking outside the box in improving operations and efficiencies,” Wood says. “Nothing should be off the table when it comes to a plan or idea, [including] staff buy-in, allowing your staff to have a voice, whether on day one or at 30 years, as well as staying connected to your team. Also key is closing meetings with, ‘Do you have all the resources you need to be successful?’”

Wood says the most important key performance indicator is energy usage. “We have KPIs built in to ensure we don’t drift off a baseline,” he explains. “Energy is one of our biggest expenditures. We also watch our work order completion rate. And the other indicator we watch considerably is our regulatory compliance. The baseline is to be regulatorily compliant.”

Wood believes that after energy usage, secondary KPIs are patient satisfaction and staff satisfaction. “They’re the next two, and just as important,” he says.

Like Wood, Luanne Kramer, coordinator of facilities services for HaysMed, part of The University of Kansas Medical System in Hays, Kan., believes operational excellence is dependent on appropriate staffing. While many components make up operational excellence, including efficiency and use of capital dollars, operational excellence means finding people who can perform job functions at a time when staff are being asked to do more with less. “I’ve always worked with managers who have held the belief that if they surround themselves with good people who know what they’re doing, they will make the management look good,” she says. “I’ve always lived by that.”

These include staffing, finances, energy efficiency, power plant management and grounds maintenance, he says. “I don’t like the term ‘doing more with less,’” he adds. “We have to do the right things with less, and try to prioritize … We have to take the resources we have and assign them to the right tasks. For example, we have to utilize low- to no-cost energy efficiency solutions and go after the low-hanging fruit like LED lighting.”

Important KPIs include control over cost-per-square foot, EUI and work order completion, Ollie says. In addition, the use of overtime versus straight time is an important metric to examine, because it can help management understand how effectively staff is being used, he says.

Kara Brooks, LEED AP BD+C, sustainability program manager at ASHE, believes operational excellence can guide managers through continuous improvement as they operate their building assets through the end of their life cycles.

“Whether that is through cost-effectiveness or other key performance indicators, it’s extremely important in providing a more proactive view of how the building is being operated and maintained,” she says. “By taking a proactive approach, the facilities manager can head off problems before they get worse.”

Some KPIs can be overrated, while others can be underrated. Hatton says the former might consist of specific equipment efficiencies typically and often debated among major equipment suppliers serving health care facilities. “There are truly not a lot of new mousetraps for our business,” Hatton says. “They’re just packaged different ways.”

As for underrated KPIs, Hatton believes the labor cost on a unit basis for a health facility is a perfect example of an indicator not given enough respect. “Typically, that’s emphasized in the wrong direction,” he says. “The emphasis is always to reduce that, but it’s a well-known fact we’re not spending enough effort to effectively maintain the assets.

“There is a fine line between an effective preventive maintenance program versus a run-to-failure default mode of maintenance management, particularly with today’s increasing pressures on the bottom line in health care,” he says.

Wood believes staffing levels based on gross square footage tops the list of overrated indicators. Many facilities don’t look at just how busy the hospital is and don’t dig into the details of the department or the hospital business when making determinations of staffing levels, he asserts.

“If you’re bringing 40,000 people a day into a facility, it’s different than if you were bringing many fewer in,” he says. “There have to be other benchmarking trends monitored. And I don’t think the comparative data are always accurate.”

From her perspective, Kramer believes staffing is underrated. “It’s important to get the right person to fill a position and, sometimes, it’s not the right person who fills that position,” she points out. “Getting it right the first time is something worth striving for.”

Also underrated, she adds, is the need for facilities managers to identify prospective staff members who can grow as the demands of their positions expand. “Like every other facility, we’ve had to learn to do more with less,” she says.

“We’ve learned — I’ve learned — as people have left. I’ve had to pick up more responsibility, more job tasks,” Kramer says. “Everyone has to do that.”

Health care facilities managers have often seen KPIs help them run their facilities efficiently. In Hatton’s case, he believes it’s been the ENERGY STAR or ASHE Energy to Care benchmark that assisted by providing a national target based on sound engineering principles. The latter is a program that helps health facilities management reduce energy consumption, providing value to the organization and helping improve patient care.

“That’s normalized for various climatic zones and building types, so it provides a very relevant target to compare Hospital A with Hospital B across the enterprise,” he says. “It’s very repeatable and statistically relevant. And it’s one where I can compare Hospital A versus itself over the last few years, and it makes a very good benchmarking tool.”

At Parkland Health & Hospital System, Wood’s team started generating real-time reports on its building’s automation system. The reports showed that when operations were put into hand or priority mode, the system was not running as designed, and either consuming significantly more energy or potentially damaging the system, he says.

When facilities managers ponder the future of operational excellence, their forecasts range from increasing use of robotics to the need to do more with fewer staff members.

Hatton believes the use of robotics holds great potential in back-of-the-house functions like waste gathering and disposal, materials management and food preparation. These functions today are still performed by what he terms “good old-fashioned people and machines.”

Health care facilities confront growing difficulty finding entry-level labor to handle some of these jobs. At the same time the overall labor pool of employees who traditionally handled the jobs is shrinking, laws are increasingly calling for hiking the minimum wage. “There is huge cost even for entry-level staff members,” Hatton says. “I see robotics rapidly taking off.”

As well, facilities management must make sure there isn’t a mismatch between the speed at which new technology is evolving and management’s ability to find the talent to manage, maintain and fully utilize the technologies’ capabilities. Traditionally, health care has had trouble fully utilizing some technologies to their maximum potential. “We’re an early adopter for some technologies, more quickly than we can train personnel to use them,” Hatton says.

In general, Wood believes health facilities management must embrace change and be creative in how it incorporates that change. “We need to be able to think outside the box in how we do things,” he says. “As health care moves away from a hospital to satellite facilities, how do we wrap our arms around managing and supporting those outlying facilities?”

Kramer says more importance will have to be placed on staffing. Looking ahead, she doesn’t think many wish lists are going to be fulfilled in terms of gaining more staff and more much-needed equipment. “And I don’t think that’s going to change anytime soon,” she says.

The quest for operational excellence will usher in availability of greater numbers of tools and technologies, according to Ollie. “It will be important to keep a level head,” he says. “Just because you own a Ferrari doesn’t mean you have to drive it like a Ferrari.”

Brooks believes the future of operational excellence will be guided by real-time data, particularly real-time energy data, to learn, she says, “what is happening currently in the facility to continuously improve efficiency.”

Jeffrey Steele is a freelance writer based in Chicago.

Committee will use Energy to Care program as springboard to tackle overall physical environment efficiency.