Energy treasure hunts are invaluable for identifying a range of potential energy savings, but getting those findings in front of the leadership of organizations is also an essential part of the process. 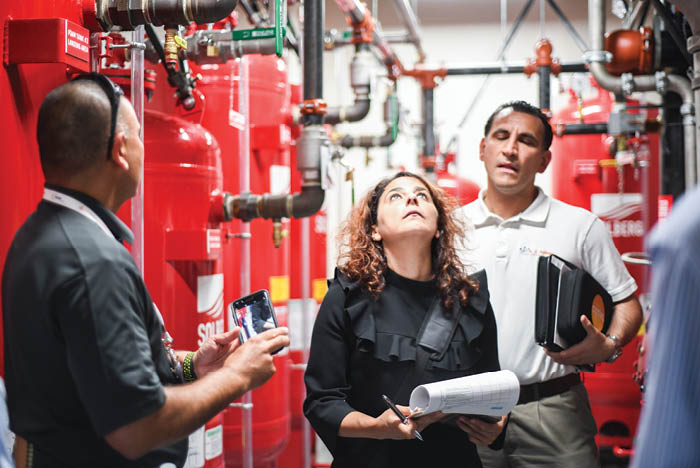 At the University of Maryland Medical Center (UMMC) in Baltimore, the Energy to Care Treasure Hunt findings were presented to the organization’s leadership at the conclusion of the event. Georgia C. Harrington, senior vice president of operations at UMMC, says the presentations were extremely informational and educational.

“Having people come in who have the technical background but are not part of your organization really brought a new perspective, and we were able to see how we could improve our performance in the long run,” Harrington says. “It was very eye opening, and it was presented in a way that even laypeople could understand.”

Joseph E. Hoffman III, senior vice president and chief financial officer at UMMC, says he was impressed by the amount of potential savings. In addition, the opportunities for cost savings went beyond the basic issues that were familiar to him.

“We can all see that the lights are on and people aren’t using the proper doors to get in and out of the hospital. That costs us money,” he says. “But things that are behind the scenes and up on the roof, as finance folks and administrators, we don’t see those inefficiencies.”

Harrington and Hoffman say Richie Stever, CHFM, CLSS-HC, director of operations and maintenance at UMMC, was instrumental in making the treasure hunt a success. He involved the leadership from the very beginning, and he put together the details that they were most interested in, including cost estimates, return on investment and a list of priority projects.

Stever was invited to present at UMMC’s capital planning committee meeting, which ultimately approved $400,000 of capital funds for four energy savings initiatives. “If it wasn’t for the treasure hunt, I’m almost positive that these capital requests would never have made it to the steering committee for consideration,” Hoffman says.”