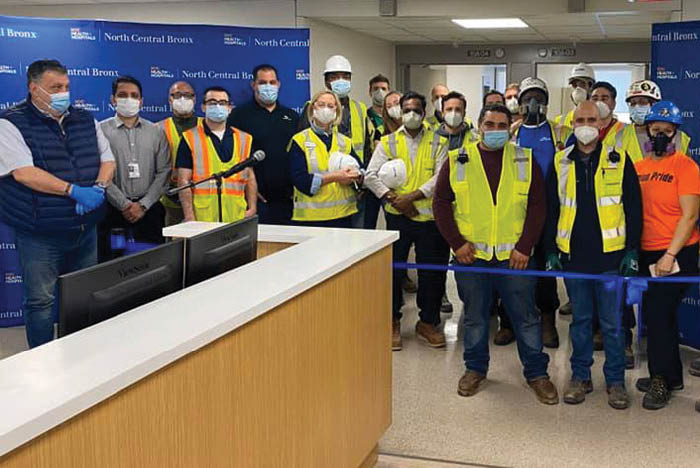 New York has been the hardest hit state by the coronavirus in the U.S., and among New York City boroughs, the Bronx has the highest rates of infection per 100,000 people.

Even though the state’s infection numbers have begun to decrease and level off from a high on April 14 of more than 11,000 cases confirmed to daily numbers below 1,000 as of press time mid-June, New York City is still working diligently to open up more ICU beds as new infections continue to present and in preparation for a possible second wave of COVID-19 infections.

The public hospital system NYC Health + Hospitals committed to a goal of tripling its ICU capacity across its 11 hospitals. The system announced it would add 3,000 beds to its organization. NYC Health + Hospitals North Central Bronx will host 120 of those beds on the 10th, 15th and 16th floors of its hospital.

The hospital hit its first milestone when it opened 20 of those beds in early May, and a spokesperson with the health system says the remaining beds will be completed this month.

Although the hospital refers to the beds as “temporary,” it says that the ICU beds at North Central Bronx will remain even after the pandemic levels off in case of a resurgence in infections.

Planning for post-COVID-19 care in the physical environment