EVS leader talks about managing during a fire emergency

Tom Mattice, CHESP, T-CHEST, recalls the event with a bit of awe. In April 2017, he was assistant director of environmental services (EVS) for a large hospital in Manhattan. It was a typical day until a fire broke out in the duct work of the 20-story building.

Fortunately, it was a non-patient floor with offices, meeting rooms and waiting areas. Evacuations began immediately, and about 50 EVS technicians were involved in the effort. 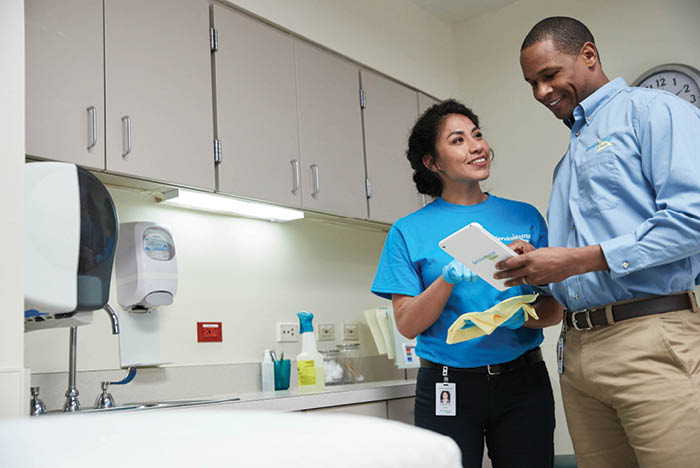 According to safety protocol, the floors above and below the fire also were evacuated. In a short amount of time, there were more than 100 people safely on the sidewalk as firefighters began arriving.

“It was an amazing scene to watch,” says Mattice, who is currently director of EVS for Montefiore Nyack Hospital in Nyack, N.Y. “The EVS team stayed inside and worked alongside the firefighters, directing traffic and helping with fire hoses. They remained calm and focused, and they were very efficient.”

The fire was extinguished quickly and there were no injuries, but that is not the end of the story, nor what impressed Mattice the most.

“The EVS staff went to work immediately afterward — cleaning, disinfecting and preparing the floor for reoccupation,” he says. “They were cleaning walls, floors and furniture that were inundated with high volumes of water and covered with smoke residue. Carpets were extracted and the floors scrubbed and refinished. Within three to four hours, they had put thousands of square feet back in service and ready for use.”

Training and preparedness were evident that day as the EVS staff went beyond their usual responsibilities to safeguard patients and employees. The EVS technicians were later given accolades from the hospital’s administration for their performance in the face of adversity and for maintaining a safe environment for patients and staff.

“The poise they displayed was amazing. It was really something to see, and they made us all very proud,” Mattice says.

The growth of off-site facilities presents many challenges for environmental services.

The overlap of regulations from various governing bodies reveal the need for EVS to have a seat at the design table.