The ITIC curve for power quality

Information technology (IT) equipment has well-known power tolerance restrictions. One of the most widely used tools for determining the power tolerance ranges is the Information Technology Industry Council (ITIC) curve. Like the earlier Computer and Business Equipment Manufacturers Association (CBEMA) curve, the ITIC curve is published by the ITIC technical committee. 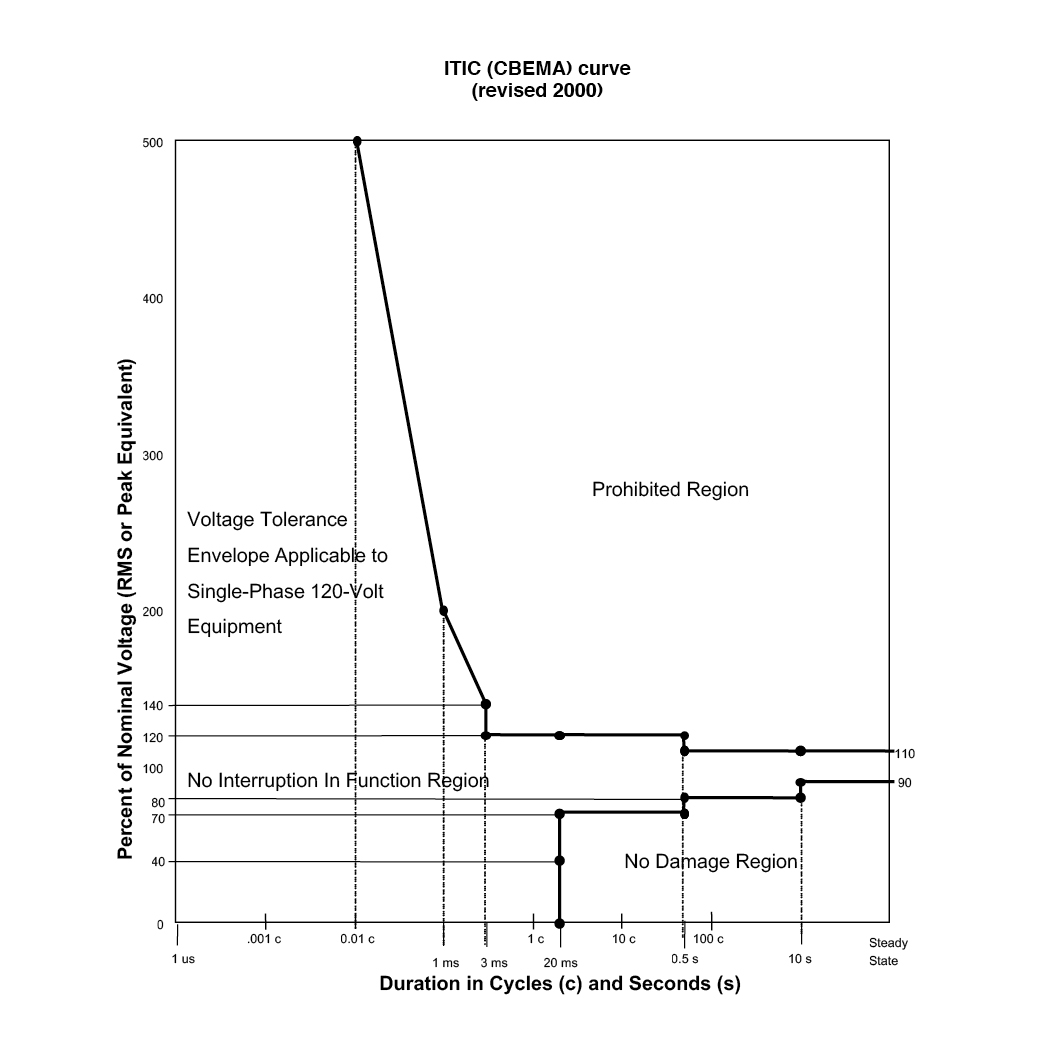 CBEMA developed its image using continuous curves, while the ITIC curve uses multiple linear segments — an approach that is easier to compute and use.

The ITIC curve indicates where IT equipment such as computers, servers, power distribution units, programmable logic controllers and telecommunication equipment is expected to operate properly within the middle “no interruption in function region” portion of the curve.

Above that middle acceptable region is the “prohibited region,” which involves the equipment tolerance for excessive voltages. Voltage spikes or surges in this region can cause damage to IT equipment.

At the bottom of the curve is the “no damage region,” which represents the equipment tolerance for reduction in voltage. Voltage sags and interruptions in this area can cause the equipment to stop functioning (i.e., shut off), but it should not cause damage to the equipment.

The goal of the curve is to be a reference for determining the withstand capabilities of various IT loads for protection from power quality issues such as voltage variations.

Note that a ring wave is a damped, decaying and slowing oscillatory transient induced in low-voltage cables due to switching of electrical networks and reactive loads, faults and insulation breakdown of power supply circuits or lighting.