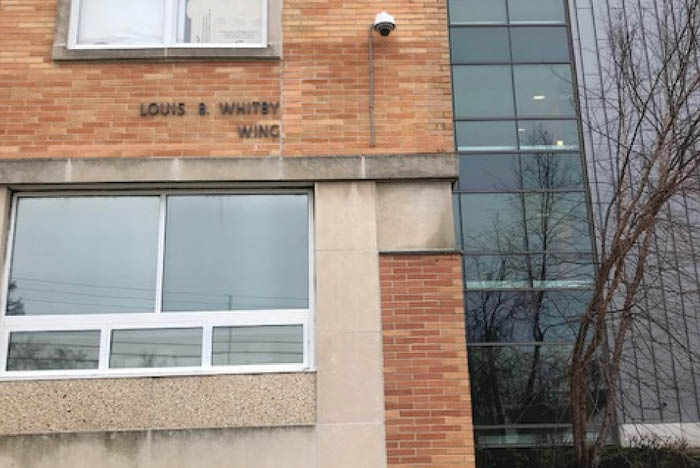 Axis panoramic cameras with a field of view of 180 degrees were installed for exterior coverage of buildings, loading docks and parking lots

Its proximity to the vacation destination of Ocean City, N.J., means the hospital sees an increase in demand for its services during the summer months.

Given the vital importance of hospital security, Shore Medical Center decided to update its surveillance system with a more modern, intuitive solution.

Shore Medical Center’s previous video surveillance system was a combination of analog and internet protocol (IP) cameras from different manufacturers, which made it difficult to manage with the video management system (VMS) the medical center was using at the time.

When surveillance video of incidents was needed under the previous system, exporting it to share with law enforcement or the hospital’s risk management team was challenging. Director of Security Lawrence Phillips would have to produce a DVD, which then had to be password-protected.

This was just one of the many reasons why Phillips knew it was time for an upgrade. He consulted with Fred Banner, Shore Medical Center’s vice president and chief information officer, who suggested they seek the assistance of Corepoint Networks, an Axis partner.

Corepoint proposed a design to deliver an IP-based system that would eliminate problems caused by the hospital’s mismatched video system.

Led by the efforts of Banner, hospital administration approved the new system. The Axis/Milestone solution has reduced the time and effort associated with performing the simple tasks of locating and sharing video with key parties.

Since deploying the Axis video solution and Milestone VMS, Shore Medical Center has benefited from more efficient video management, cutting the time needed to search video from hours to minutes, and allowing information technology personnel to provide valuable information to the hospital’s risk management team and law enforcement faster than before.

In addition, eliminating the analog IP video system has allowed the medical center to reduce the hardware required for video storage and implement a system with automatic failover in the event of an outage.

“In the past, I could easily spend hours preparing video of an incident, but with the Axis and Milestone system, I’ve been able to reduce that to minutes,” Phillips says. “That makes a big difference to me and to the hospital because now I can move on to other things that need to be done to maintain security.”

By using Axis multisensor cameras, Shore Medical was able to strategically place assets to improve coverage with a lower camera count. Rather than installing cameras at both ends of a hallway, for example, a single four-sensor model with a 360-degree field of view was deployed in the center to provide the same coverage without overlap or blind spots. In addition, the multisensor cameras have reduced cabling and installation costs.

Phillips sees the surveillance system project as a lesson in partnership between a hospital and its vendors.