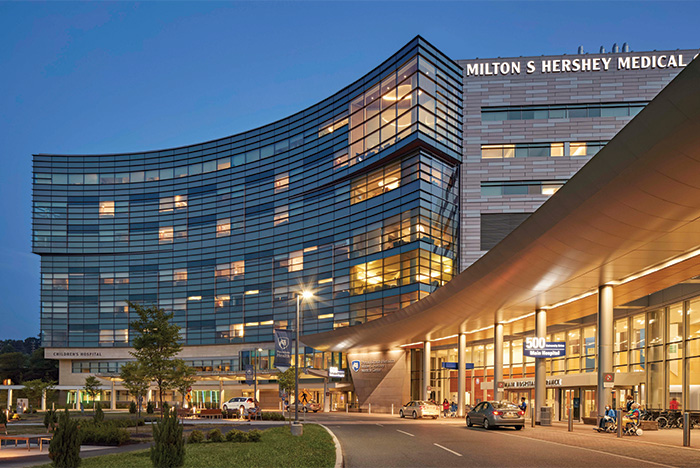 In 2017, Penn State Health embarked upon an aggressive, fast-tracked plan for the vertical expansion of its five-story children’s hospital. The project, which opened in October 2020, represents the final piece of a multiyear implementation of a site and facilities master plan for the Milton S. Hershey Medical Center, which is Penn State’s major medical center and teaching hospital. With the completion of the three-story addition on top of the children’s hospital, the ambitious plan reached full implementation.

By centralizing, consolidating and expanding programs, including the new women and babies center, Hershey Medical Center enhanced the range of services available for new mothers and babies, including critically ill infants.

The result is a comprehensive facility that provides a safe, calm and yet playful space for women, infants and growing children. Despite the complexity involved in building on top of the five-story children’s hospital, the new facility optimizes the yield of the site and strengthens the functional integration of related clinical service lines that had been dispersed throughout the campus. 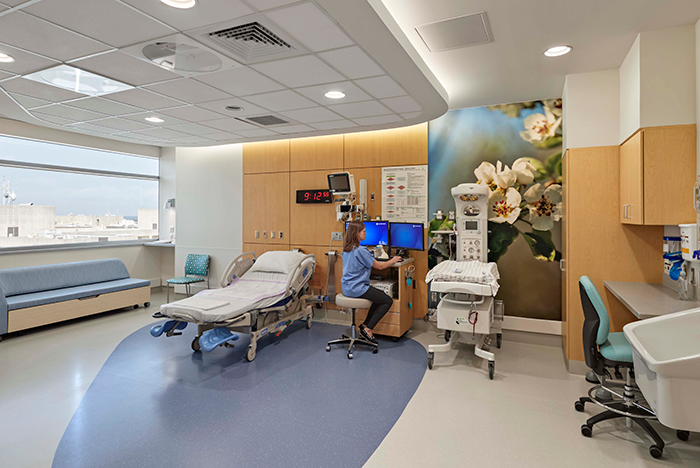 The layout of the clinical areas was planned to optimize staff workflow and to maximize staff productivity. The plan creates flexible, functional and efficient spaces for providers and staff. At the same time, spaces are bright, open, colorful and comfortable to help patients feel at ease. Throughout, the design focused on creating a cohesive and welcoming healing environment for patients and their families.

Outside, the building massing of the vertical expansion was envisioned to ensure a comfortable scale of the medical center’s signature curved exterior dubbed the “Arc” and to further utilize the height of the expansion as a branding opportunity for the hospital. The new facility was designed as a continuation of the base building’s architecture, dominated by the presence of the curved facade. The prominent double-height welcoming lobby and family waiting area for the women and babies center on Level 7 floats above the main hospital lobby, generating a soft-glowing beacon in the hospital entry court.

The $148 million, 126,000-square-foot expansion added more pediatric beds and state-of-the art technology for enhanced access to nationally ranked care in central Pennsylvania. In addition, the labor and delivery unit and the neonatal intensive care unit, which were located in the adult portion of Hershey Medical Center, are now at home with the women and babies center on the seventh and eighth floors of the expanded children’s hospital. The 56-bed Level IV neonatal intensive care unit includes a small baby unit, created specifically for growth and improved brain development in premature babies.

WANT TO BE FEATURED? Visit the American Society for Healthcare Engineering's Architecture for Health Showcase to learn more about participating.