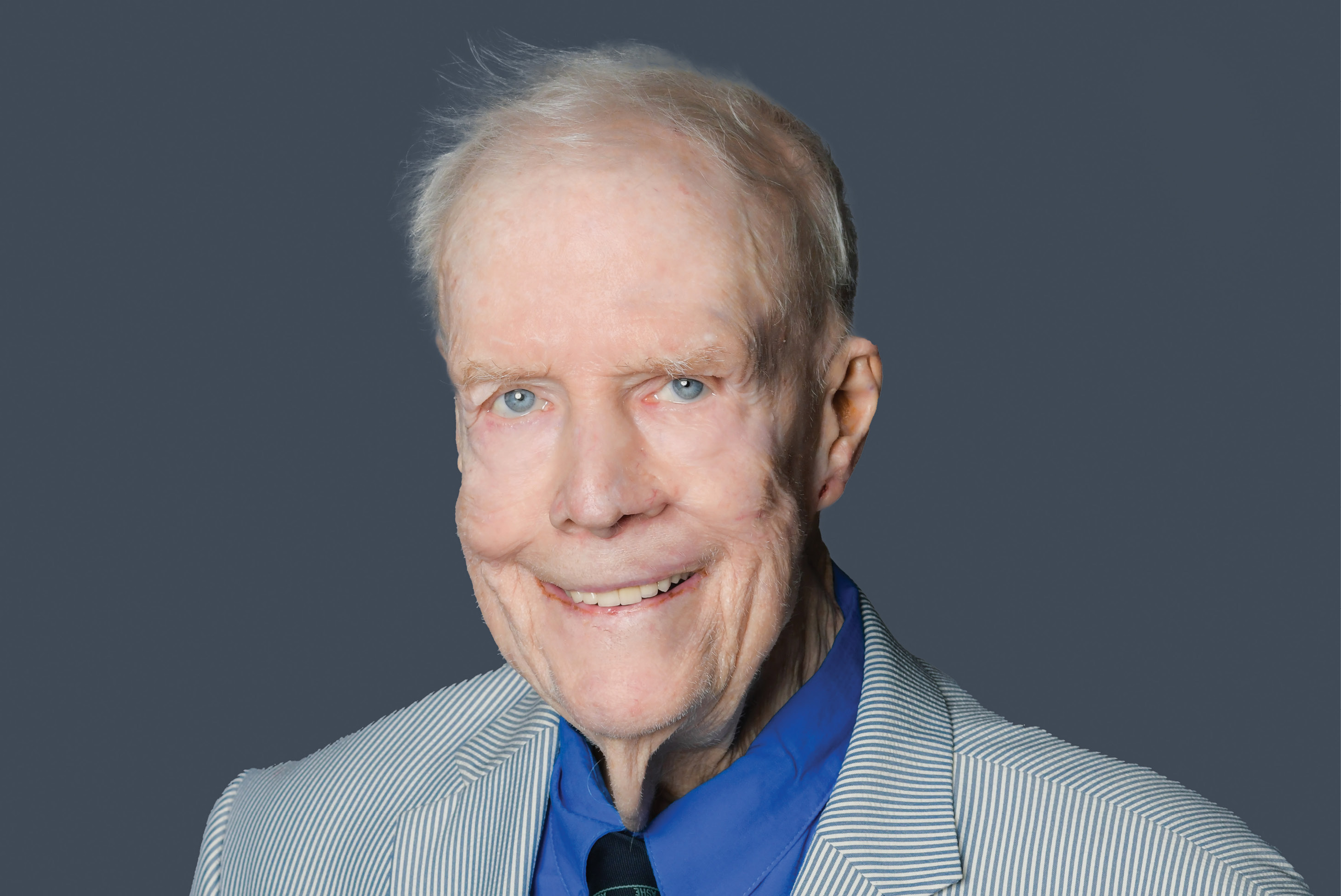 As winner of this year’s American Society for Health Care Engineering (ASHE) Crystal Eagle Award, James A. Shoemaker, BSME, MA, FASHE, possesses a wealth of knowledge about the field. This month, he talks with HFM about his career and years of service in leadership roles within ASHE as well as in his local chapter.

How did it feel to win the Crystal Eagle Award during this year’s ASHE Annual Conference?

I was totally overwhelmed, humbled and grateful.

What led you to the health care field after you retired from the Air Force?

After I left the Air Force in 1980, I had no job prospects. I had read a book by Studs Terkel called Working. He interviewed people across the spectrum from parking lot attendants and elevator operators to physicians and CEOs.

I thought I would get a job in the men’s shirt department at JCPenney for a year or so, then wash dishes at a diner, then be a waiter at a restaurant and so on. My wife scotched that idea, and resumes I sent to engineering firms were being ignored. So, after six months or so, I threw myself a beer party in my backyard.

My wife, who was a nurse, was working on her master’s degree, so she invited some of her classmates, who brought their spouses. I was sitting there gazing over Crosswicks Creek, which was some 35 feet down the bank in my yard in New Jersey. The man sitting next to me asked what I was going to do. I told him I was getting nowhere with resumes. He asked if I had a degree. I told him “Yes, in mechanical engineering.” He replied, “I’m deputy commissioner of health for New Jersey and we need a senior mechanical engineer to review hospital plans — are you interested?” Two days later, I was sitting at a desk at the state’s plans review department with blueprints and a stack of code books on my desk.

What was your job at the New Jersey Department of Health and how did it affect your perception of the field?

I found my job rather complex, probably because I didn’t really know what to do. We had five architects and five engineers in the office. I was learning the ropes by talking to the others in the office, studying the code books and pouring over the details of the blueprints. I really had no perception of the health care facilities field because I had never been in a hospital, except when I was born. However, I did perceive that hospitals are vastly complicated and required many, many safeguards and many trades other than the medical disciplines to endure.

Why did you decide to move into facilities management, and how did your later experiences change or expand your perception of the field?

I was bored with the job at the state, so I thought I would go to night school to begin working on my master’s degree, taking two courses per week at night after work. While at school, two of my classmates were the chief nurse and assistant chief nurse at St. Francis Medical Center in Trenton, N.J. They convinced me to apply for an opening there for the assistant director of engineering. I applied a couple of days later and was immediately hired. It was my two-and-a-half years of experience at St. Francis that led me to apply for and gain the position of director of plant operations at Deborah Heart & Lung Center in Browns Mills, N.J.

Reflecting, I can say, “Wow, how the field has changed not just in 20 to 30 years, but in that short timespan I went from the department of health to starting at Deborah.”

How did you become involved in the Healthcare Facilities Management Society of New Jersey and, later, ASHE?

When I joined the staff at St. Francis Medical Center, Bill Kemppainen, the director, immediately took me under his wing. He was a marvelous man. He taught me more ropes, and he got my start in ASHE by taking me to a meeting of the Healthcare Facilities Management Society of New Jersey, which was then called the Executive Hospital Engineers of New Jersey.

The first meeting I attended was [the] election of officers. They said they had all the positions filled except secretary. Someone looked my way and said, “How about the new guy?” I looked around and no one was behind me, so I was it. I accepted. They called me the next day and explained the “railroad job” they did on me. They said I could back down, but it seemed like a way to get to know them and learn more, so I accepted the post.

The next year I was president-elect and then president. That was in 1984, when I was working at Deborah Heart & Lung Center, and Deborah allowed me to attend my first ASHE conference. My colleague George Thomas and I were in the small auditorium at the Diplomat Hotel in Hollywood, Fla., when the curtains opened and 10 people were seated in a row. It turned out to be the ASHE regional directors, as they were then called. I casually mentioned to George how interesting it would be to be on a national board. Well, a couple of years later, the Annual Conference was in Grand Rapids, Mich. I was there, and Nancy Montenegro, ASHE’s executive director at the time, approached me and said, “Congratulations, Jim.”

It turned out that George Thomas, who was by that time chapter president, was made chair of the nomination committee for the ASHE Board [now the ASHE Advisory Board], and based on my casual comments in Hollywood, Fla., they nominated me. I had never mentioned my comment to George again after we left Hollywood, so maybe it was fate? I then served two-year terms on the board and was nominated to run for president-elect of ASHE and was elected to that position in 1993. So that’s how I got involved. Of course, I was learning more and being mentored all along the way.

What value did these organizations bring to you as a facilities manager?

Can you give me an example of this networking?

Absolutely! I found that the many seminars we attended were great learning experiences, of course, but I also placed very high value on discussing what we recently learned with colleagues after each seminar or that afternoon at the hotel or elsewhere. That is called “networking,” and it takes many forms.

My favorite gathering at the annual conferences was the first-time attendees’ reception. I would seek out a group of newbies, welcome them and mention networking. For example, I would point across the room at Tom Schipper, and say, “See that man? He’s from California. I was tasked to write an earthquake policy for my hospital in New Jersey. I called Tom and he sent me his policy. I tailored it to my facility and there you have networking at its best.” I’d tell them networking is the backbone of ASHE. We love to help mentor each other.

What advice can you give to the young generation of facilities leaders?

Become a sponge for knowledge, and learn all you can. Help others along the way. Get involved, join an ASHE chapter in your region. It’s a wonderful experience. And remember to network!

Former ASHE staff member Tim Adams discusses his passion for the field and what he finds most rewarding.

Former ASHE president and long-time member shares the journey of his career.

Winner of the 2017 ASHE Crystal Eagle Award talks about his career and challenges ahead.