Gundersen's recycling pays off in more ways than one 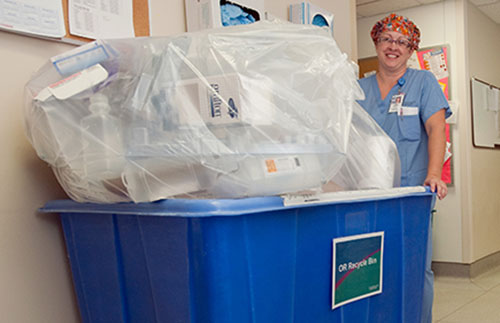 Gundersen recycled, reused or diverted 850 tons of its solid waste stream in 2015.

Even though commodity prices for some recycled materials are down or flat, Gundersen Health System, La Crosse, Wis., continues to forge ahead with its program while focusing on ways to optimize performance.

In 2015 Gundersen recycled, reused or diverted from landfills 46 percent of its solid waste stream or more than 850 tons. That results in more than $70,000 in recycling rebates and money saved by diverting waste, says Tom Thompson, sustainability coordinator, Gundersen.

The amount is almost equivalent to what the health system saved and earned in rebates in 2014 when 742 tons of materials were recycled, reused and diverted, Thompson says.

Though the amount recycled increased in 2015 from the year before, the rebates for some recyclables, especially plastic, decreased because it dropped in value as oil became cheaper.

Despite the drop in commodity prices, Gundersen continues to push ahead on its recycling program because it is a revenue stream, saves money and is important to its sustainability efforts, Thompson says.

To indicate the achievement of recycling nearly half of its solid waste stream, Practice Greenhealth, Reston, Va., uses 25 percent as a baseline for hospitals that earn a place in its Top 25 Environmental Excellence award program. Gundersen has achieved the designation 10 years in a row. 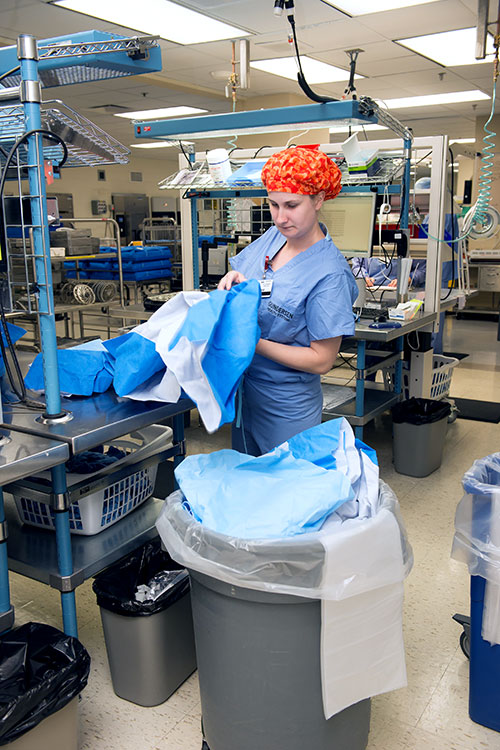 To achieve the 2015 recycling rate, the health system:

Despite its already impressive recycling rate, Gundersen wants to reach 80 percent within five years, Thompson says. That way the health system will be in position to benefit from any increase in the value of recyclables while continuing its sustainability mission and cutting costs.

Gundersen is striving to recycle fewer materials even as it steps up its overall rate. The health system has started a “think downstream” campaign to encourage staff to reconsider how they use materials and equipment to reduce waste.

As part of the initiative, Gundersen will collect old electronic equipment and devices from staff, patients and community members for recycling, says Andy Kragness, environmental compliance technician at the health system.