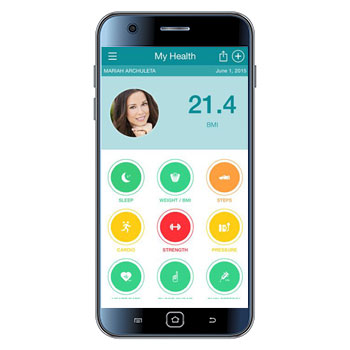 Devices that track and record patient activity and health data are among the most popular when it comes to health care’s Internet of Things. Health facilities are using data collected off-site from these devices to help manage patients’ care.

OSF HealthCare, Peoria, Ill., is working with Intel-GE Care Innovations, Roseville, Calif., to study the connection between patient data from home with data collected in clinical settings. “We want to keep people healthy,” says Suzanne Hinderliter, vice president of teleHealth services, OSF HealthCare. “We want to keep them out of the hospital as much as possible.”

Home monitoring can help caregivers to recognize symptoms early and intervene before a patient requires emergency or inpatient care. “So, we do a lot of looking at how we utilize activity monitors and different wearable-type devices,” Hinderliter says. Activity levels can be an indicator of health status, she notes. “You aren’t going to be as active if you’re short of breath and you’re not feeling well.”

Other devices like pillboxes that can record and report whether they’ve been opened can provide useful information for patient care, as well. If the data indicate that a patient hasn’t opened the box in which she keeps her medication, a case manager can inquire about it during a video visit. The patient may say she doesn’t have the money to refill the prescription or that the medicine makes her feel unwell, prompting further conversations with a social worker, pharmacist or physician to help solve the problem, Hinderliter says.

In January, Carolinas HealthCare System (CHS), Charlotte, N.C., released the MyCarolinas Tracker application, which connects to roughly 80 home health-monitoring devices, such as activity monitors, scales, blood pressure cuffs and pulse oximeters. Pamela Landis, vice president of information services, CHS, says the application takes the data from all of these devices and puts them into context. This includes a data visualization that uses the colors red, yellow and green to represent progress toward a personal goal.

People with accounts for the health system’s patient portal, called MyCarolinas, can automatically connect data from the MyCarolinas Tracker app to their MyCarolinas portal account, so when they log in they can see their home-monitoring data alongside their clinical data. “All that data is there so that you as a patient now start to get a full picture of your total health,” Landis explains.

In addition, patients in the health system’s diabetes and heart failure disease management programs can choose to send MyCarolinas Tracker data to their case manager, who can make clinical decisions based on the data and document these in the patient’s electronic health record. This part of the program launched in February and is already seeing results, according to Landis. She reports that in one instance, a case manager noticed that a woman’s sleep patterns were irregular, a problem that hadn’t been noted during the woman’s regular medical appointments. A sleep study revealed sleep apnea, which was then addressed by her care team.

In another instance, the case manager saw that a man’s activity level had dropped off, called him to inquire why, and learned that the man’s wife had been hospitalized at a CHS facility, where he was spending long stretches of time at her bedside. Social workers were able to arrange for him to take frequent walk breaks and made sure he had nutritious food and other supportive care.

“The clinical context is important, the connection to MyCarolinas is important and then the next piece, for those patients who need it, is the linkage to their care,” Landis says. With home-monitoring data, “we’re able to intervene earlier and more effectively in righting the patients and getting them back on track.”

The phase one implementation gives patients greater autonomy over their environment and sets the stage for future improvements.