Wearables used at home, in the delivery room and even in space are meeting patients right where they are 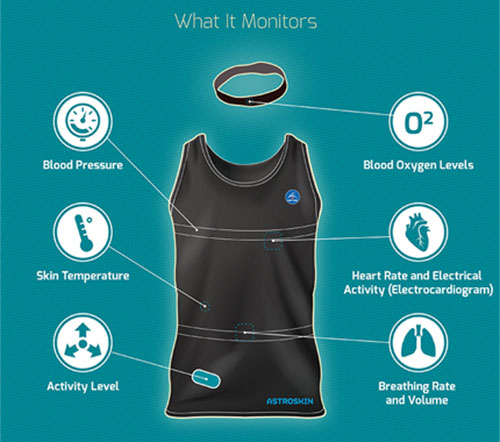 Health care wearables are reaching new heights with the development of Astroskin. The “smart shirt” developed by Carré Technologies will be tested on the International Space Station by Canadian astronaut David Saint-Jacques.

The Canadian Space Agency awarded a contract to Carré Technologies to continue developing the biomonitoring system that will collect valuable data on the astronaut’s vital signs, sleep quality and activity levels.

“Astroskin may have many applications on Earth, such as medical monitoring of those confined to their homes by illness, people living in remote areas with limited medical access, and those working in hazardous environments,” says Marc Garneau, Canada’s minister of transport. “It is another in a long list of space technologies brought down to Earth for all of us.”

Saint-Jacques will test the technology aboard the ISS during a six-month mission running from 2018 to 2019.

“Our team is proud of the role we are playing to support human space travel. One day, thousands of space travelers bound for Mars will need simple reliable medical systems to ensure their health,” says Pierre-Alexandre Fournier, CEO and co-founder of Carré Technologies. “Deploying our wearable sensors and software to the ISS is significant as this represents the ultimate remote patient-monitoring scenario. The findings from tracking the health of astronauts will be used to make our health care system more accessible and support new home care and telemedicine services.” 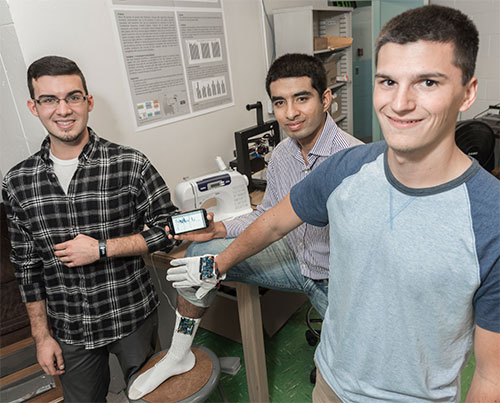 Kunal Mankodiya, center, models a test design of a smart sock, while students showcase wearables including a wristband and glove to monitor neurological illnesses.

A biomedical engineering professor at the University of Rhode Island is researching how to transform every day clothing items — gloves, socks, clothing, shoes — into high-tech wearables capable of monitoring pertinent patient data from patients with Parkinson’s disease.

Kunal Mankodiya, director of URI’s Wearable Biosensing Laboratory, has used the Internet of Things to create a wristband that monitors the tremors of Parkinson’s patients and sends the information to doctors over a wireless connection.

This year his team is embedding sensors, electronics and software into textiles that can be used by patients with neurological illnesses — for instance, gloves that that can measure tremors and rigidity, which are common symptoms of Parkinson’s disease.

Mankodiya says doctors will be able to manage the treatment plan of the patient day-to-day, ensuring that medications are working properly and eliminating the need for patients to make stressful clinical visits.

“Patients with Parkinson's face many mobility issues — driving and even walking long distances," Mankodiya says. "The glove will give patients the option of receiving health care while remaining at home, and it also reduces the risk of falls and other accidents." 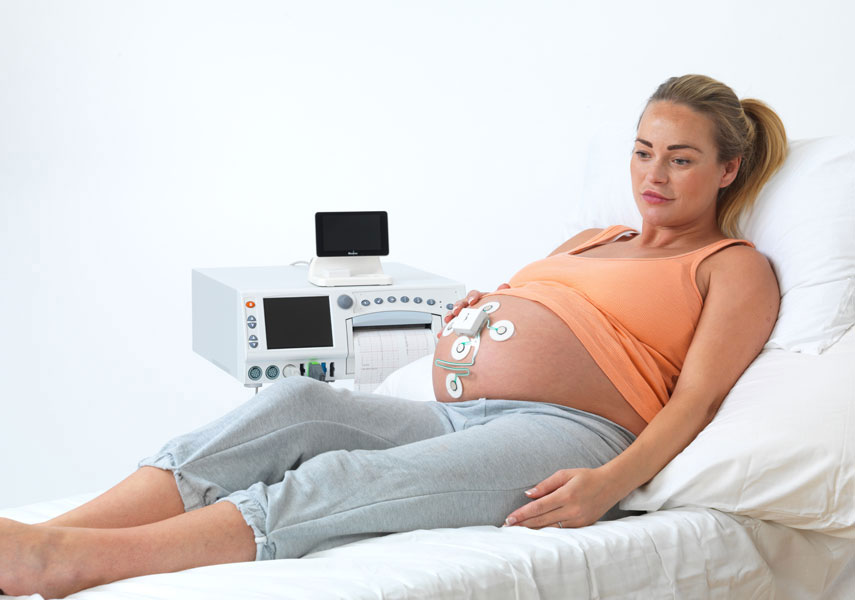 This monitor gives expectant moms the freedom to move around while keeping their babies safe.

Wireless monitoring in the labor and delivery room

Expectant mothers at Hancock Regional Hospital, Greenfield, Ind., are enjoying freedom of mobility during the labor process, with the use of a wireless system that can monitor the vitals of both moms and their unborn babies.

The Monica Novii Wireless Patch System sticks to the mother’s stomach and wirelessly monitors the heartbeagts of both the mother and baby and any contractions the mother has while allowing them to move about the hospital comfortably.

Prior to deploying the new system, Hancock Regional relied on traditional technology that included a wired system consisting of a belt wrapped around the mother’s stomach and attached to a monitor.

Registered Nurse Carlee Turner says the wireless system is preferred by mothers and caregivers. It allows moms to move about freely and nurses don’t have to disturb them to readjust monitors if the belt shifts. The patients can even take a shower with the waterproof sensors still attached.

Tech talk: A digital health startup, medical office of the future and RTLS