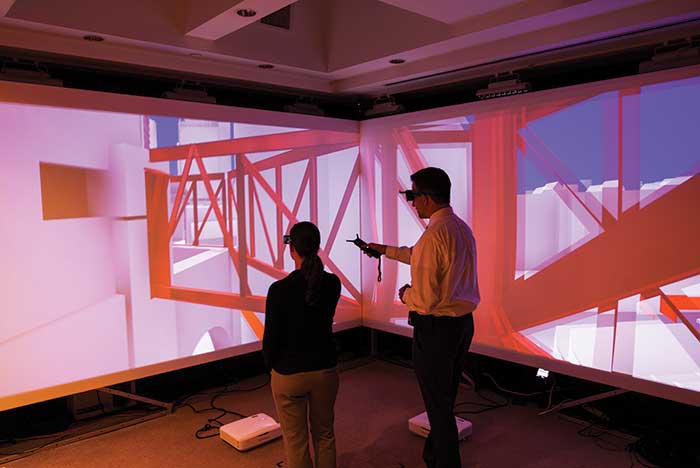 Suffolk Construction uses a variety of virtual reality techniques, such as a CAVE, to immerse users into a project still under construction.

To make construction as efficient and cost effective as possible, more builders are turning to technology like virtual reality, drones and wearable devices to expedite changes early in the process, monitor progress and keep workers safe.

Virtual reality technology also is invaluable for engaging hospital staff in providing their input before actual construction begins. The process saves time and money, say builders who are using the technology.

"From streamlining design decisions early on in the process, to improving productivity and quality during construction, to enhancing the patient and hospital staff experience throughout a project and after completion, the benefits of virtual reality are broad and exciting," says Dave McCool, director of virtual design and construction, McCarthy.

Jason Seaburg, project executive, Suffolk Construction, Boston, says the company just finished work on a $400 million research facility for Brigham and Women’s Hospital in Boston where it used virtual reality. It will start work on a $600 million addition to Boston Children’s Hospital and use the system again.

“What we’re finding is that the technology is finally at a point where you can put people in the 3-D building model by putting on a pair of virtual reality glasses and immersing them in the virtual space,” Seaburg says. 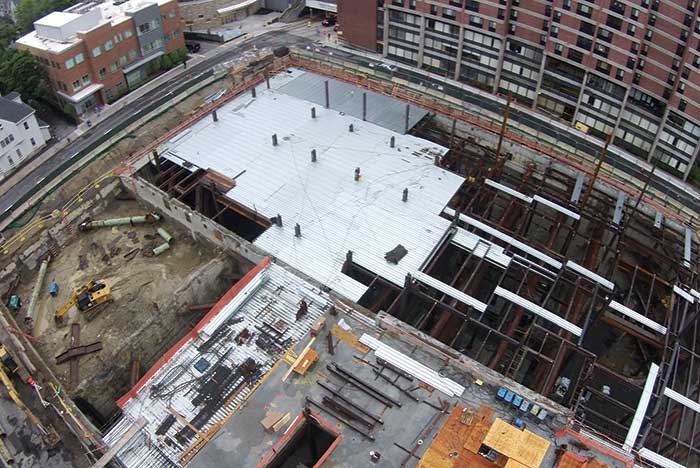 Aerial shots from drones have allowed companies like Suffolk Construction to monitor progress of projects spread over a wide area.

Suffolk uses a variety of virtual reality techniques, such as a Cave Automated Virtual Environment (CAVE), for its ability to immerse users into a project still under construction.

Andrew Quirk, senior vice president of health care and director of the centers of excellence at Skanska, Franklin, Tenn., says the company ‘s experience with virtual reality has been positive so far. “We’re finding that it’s cutting down on the number of change orders,” he says.

Skanska will bring nursing staff into a patient room in the early stages of construction to get their input but they usually have difficulty visualizing the final work, Quirk says. Virtual reality devices enable them to visualize a finished space with all its details. 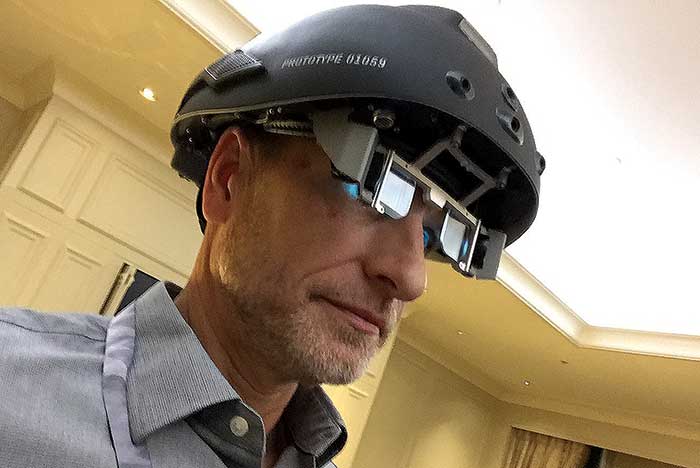 Skanska also is testing the use of wearable, wireless technology, including a safety vest and an identification badge with sensors that workers use on the job. The devices have proven useful in monitoring workers for safety and scheduling, he says.

“We can track how many crews are on site, what they’re doing, and if they’re doing what they need to be doing to keep up with the schedule,” Quirk says.

The use of drones is helping to contribute to project efficiency, too. Seaburg says the company gets great aerial photos with the devices, which helps their teams to quickly monitor progress of projects spread over a wide area.