Keeping an eye on security 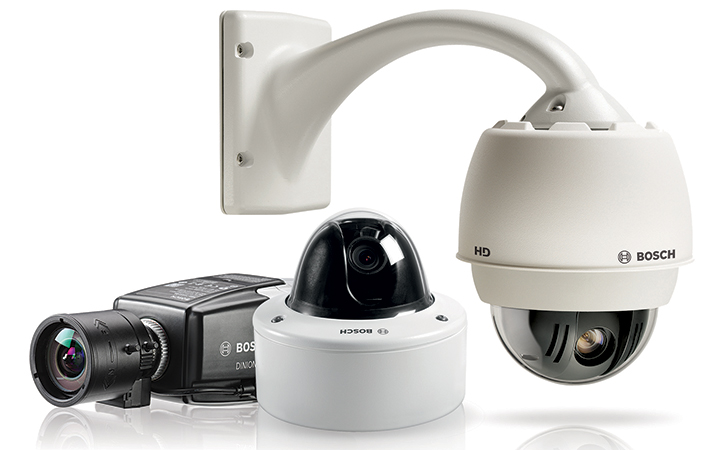 Hospitals pose a number of challenges to providers of video surveillance systems. These include privacy concerns, the need for robust cybersecurity practices, controlling access to specific areas within a facility, and dealing with threats to the well-being of hospital patients and staff.

“Often architects and facilities managers are not in contact with public safety professionals; this results in buildings that are aesthetically pleasing but not ideal for installing security systems for video and access control,” Baratta says. “Security directors need to be more involved in the design of an area from the outset, to better plan for security needs in various areas of the hospital.”

The latest video surveillance systems are designed to overcome these challenges. For instance, upgrading to high-definition (HD) cameras allows hospitals to quickly and efficiently view better-definition footage. For example, new systems can capture the details in people’s faces and license plate numbers from a distance.

“In addition to Tyco’s video surveillance and security monitoring offerings, the Illustra Pro IP line from Tyco Security Products offers a wide range of indoor and outdoor cameras with high-resolution video, up to 5 megapixels, which results in clear, crisp security surveillance,” says Maureen Lally, vice president of marketing, North America Integrated Solutions and Services at Tyco, Princeton, N.J. “The line includes minidomes, bullet cameras, fisheye, PTZ (pan-tilt-zoom) and a microcamera, which gives each health care facility — no matter the size — an option that fits its needs.”

“Multisensor cameras can record and stream video continuously, unlike legacy PTZ cameras that can only monitor and record one area at a time. This means that when an incident occurs, the multisensor camera will pick up the activity,” Whitney says. Arecont Vision began shipping multisensor panoramic cameras in 2006, and that family — SurroundVideo — is now in its fifth generation. SurroundVideo panoramics feature four sensors, each with megapixel HD quality.

“One of the key trends we’ve seen in regard to health care security is the increased use of panoramic cameras to cover a wide area, such as large waiting rooms or corridors, or parking garages,” says Stuart Rawling, director of global business development, Pelco by Schneider Electric, Clovis, Calif. In an effort to address this need, the company has developed the Optera series panoramic IP camera line. It features 180-, 270- and 360-degree coverage and allows users to pan, tilt and zoom within a captured scene to pinpoint an incident in real time or retrospectively.

The Optera series also is equipped with low-light functionality, which is helpful in areas where lighting is an issue — at night, for example, or in a dark parking lot or garage. In these situations, offering low-light technology is critical to protecting visitors, staff and assets.

Verint Systems, Melville, N.Y., offers a situational awareness platform that combines critical data points from multiple systems and sensors, allowing operators to see what is happening in real time through one intuitive interface. “We like to think of this approach as a single pane of glass — allowing facilities managers to quickly identify risks, manage situations and investigate. Bringing all data points into one platform allows for early detection of threats, which can be used to initiate better planning and timely response,” says Kevin Wine, vice president of marketing for video and situation-intelligence solutions.

The latest video surveillance systems are designed for use with smartphones and other mobile devices, experts say. Today’s video systems allow users to take advantage of security benefits such as access control and real-time monitoring without the need to be on-site, Baratta says. With a connected camera, users are able to control their systems from the palms of their hands. Manufacturers build surveillance equipment to support different apps that can offer live streams, storage and analytics that can be viewed via smartphone.

“A smartphone, tablet or other portable device merely represents another viewing or control interface to the security system. The biggest recent changes have been transcoding in the system to lower the bandwidth needs to view a high-quality image and more intuitive interfaces for the current generation of devices,” Murphy says.

The Toshiba Surveillix app works with an iPhone, iPad or Android device to deliver real-time video feeds to a mobile device, according to Greg Hartzell, director of surveillance and IP video products, Toshiba Surveillance & IP Video Products, Irvine, Calif. “Simply log in, select your recorder and view live video. The app allows users to view one camera at a time or four cameras simultaneously if a clear overview of a larger area is required. Also, users can control PTZ cameras and listen to audio transmitted or recorded from an IP camera. Recorded video can be searched by time and date.”

More broadly, video surveillance systems are part of the ubiquitous Internet of Things (IoT). In fact, first generation IP (internet protocol) cameras were among the original IoT devices, Hartzell notes. “Over the past decade, IP cameras have been connected to intelligent traffic systems, and integrated with access control, fire detection and other building systems that not only safeguard occupants, but collect data to analyze ways to improve facilities management.”

In addition to sharing information with facilities managers, new video surveillance devices can pass information to other devices. “Perhaps a camera captures a person loitering in the parking lot or a suspicious object is left behind in a nursing station. Connectivity enables one camera to alert other cameras on the system to track that person or to focus in on the object and then send a text to security personnel warning them of the incident,” Hartzell explains.

As part of the IoT, video surveillance systems are a key piece of a connected world and can be used in a variety of ways, according to Baratta. “For example, the future of health care lies in the ability to discharge patients and continue their care at home. Staying connected via video will be crucial to the success of home care, and increased connectivity will enable that.”

Video surveillance also can be used to reduce energy usage, Baratta adds. “A video surveillance system can be integrated with HVAC and electrical systems so that when it senses that one area of a building is not in use, it can shut down the systems to reduce energy and lighting costs. When that area is being used, it can turn those systems back on.”

Unfortunately, the IoT can pose security challenges, according to Whitney. “Surveillance cameras often lack adequate user ID and password protection. This can play havoc with a facility’s IT infrastructure when streaming video overloads the network used for computers and access control. More importantly, it can open up the network to cybersecurity attacks.” Thus, facilities managers need to be cautious about the use of IoT. They need to make sure that all video surveillance devices used on the network are professional-grade, and installed by trained staff of an integrator or manufacturer.

Digital storage space is another factor to consider, says David Koukel, project manager of information and communication technology consulting, Stantec, Portland, Ore. “In most cases, the cost of bandwidth precludes the storage of a great number of high-resolution cameras remotely,” he says. “Those transport costs are diminishing, however, and direct pipelines or access to a telecommunications backbone can be contracted. It still makes sense to record video locally but, in the near future, redundant or failover for video systems may take place in the cloud and may be an automated process.”

The use of video analytics is an emerging part of hospital security, experts agree. “Analytics aren’t new, but major advances are being made in their reliability and usability,” Murphy notes. “Being able to rely more on the metadata they generate and less on the visual image allows for more cameras to be monitored by fewer people, lowers the risk of human error and separates the identity from the information to help preserve HIPAA compliance.”

Video analytics is rapidly evolving due in part to more powerful processors that can handle video streams from HD and higher megapixel cameras, Hartzell adds. “When done right, analytics plays the role of an additional security force, keeping a watchful eye over the hospital for suspicious activity. The most common applications are license plate recognition, tamper detection, people counting and movement monitoring.”

Lally sees several ways that video analytics can maximize the safety and security of patients, staff and the public:

Neal Lorenzi is a freelance writer based in Mundelein, Ill. 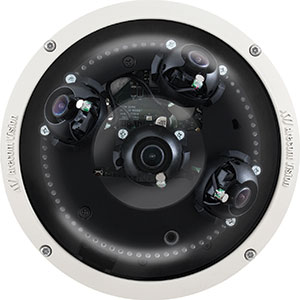 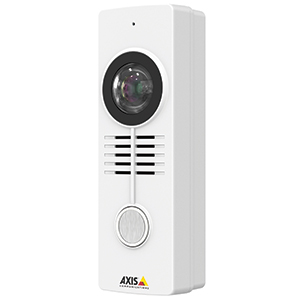 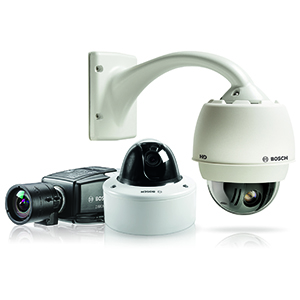 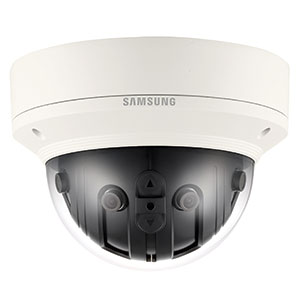 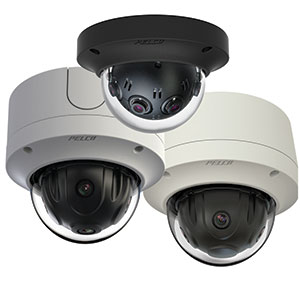 The Optera series panoramic IP camera line comes in 180-, 270- and 360-degree options and is ideal for use in the health care and hospital facility setting. Pelco by Schneider Electric 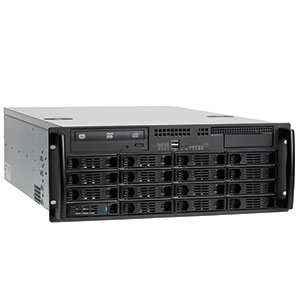 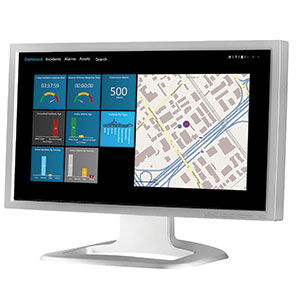