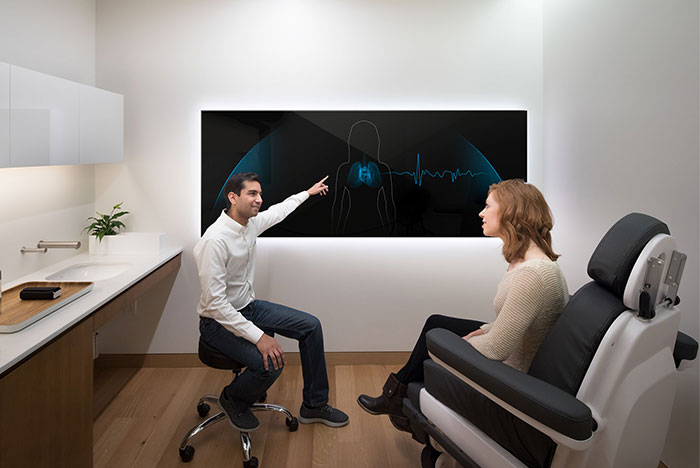 Technology that allows physicians to spend more time with patients plays a large role in the concept behind Forward.

Forward is a tech-laden health care experience driven largely to reduce what its founder saw as frustrating inefficiencies in traditional facilities. Adrian Aoun, CEO and founder of Forward is also a former Google employee who worked on special projects. He recounts helping a close relative navigate the health care system after his relative suffered a heart attack. Although the care itself was exceptional, Aoun says he noticed some inefficiencies that could be reduced through technology, which led him to design his ideal medical system.

Its San Francisco facility is more akin to an Apple Store than the average physician’s office. Members complete their check-in process on an iPad, before going through a full-body scanner that records their vitals. Forward takes all this data and uses software to integrate it in a way that helps doctors to proactively keep up with their patients’ health.

The goal, Aoun says, is to move “common tasks and diagnostics from the labor cost curve to the technology curve,” which means that doctors will have more time to care for patients and analyze records rather than updating them. 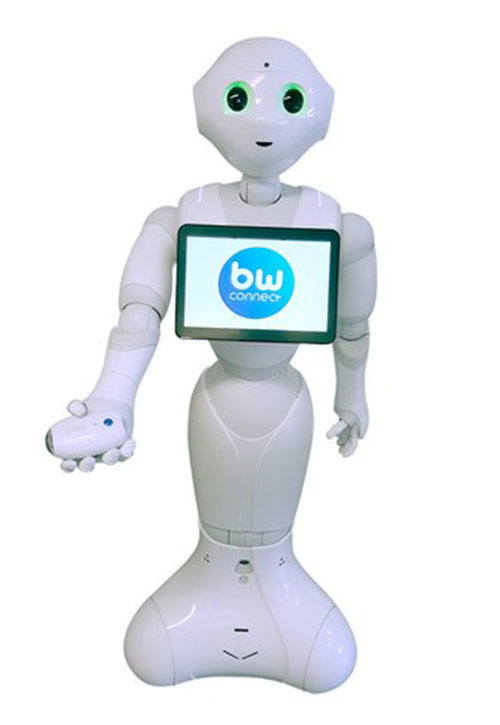 Pepper, a robotic life assistant created by SoftBank Robotics, is being upgraded to play a larger role on the health care team. Pepper has been used for such health care applications as welcoming visitors and assisting in administrative and medical reception tasks. The Visiomed Group, which specializes in developing and marketing innovative health care products, is upgrading Pepper to assist in collecting health data using internet-enabled BewellConnect medical devices, such as MyTensio armband blood pressure monitor and MyThermo medical thermometer.

This will allow the humanoid robot to assist at more stages of care; for instance, while a patient is waiting to be seen, Pepper can take medical readings that transfer to the patient’s health record. Visiomed plans to launch commercially to health care establishments in the second half of 2017.

Georgia Gov. Nathan Deal announced that the state is building a $50 million facility focused on researching and establishing cybersecurity standards across states. In addition, the Georgia Cyber Innovation and Training Center in Augusta will act as an incubator hub for cybersecurity startup companies. It also will house the Augusta University Cyber Institute, which focuses on cybersecurity of health information, health informatics, electronic health records and electronic medical devices.

Hospitals go the extra mile to keep up with patients and improve operations.