New rehab hospital integrates research and care in one facility 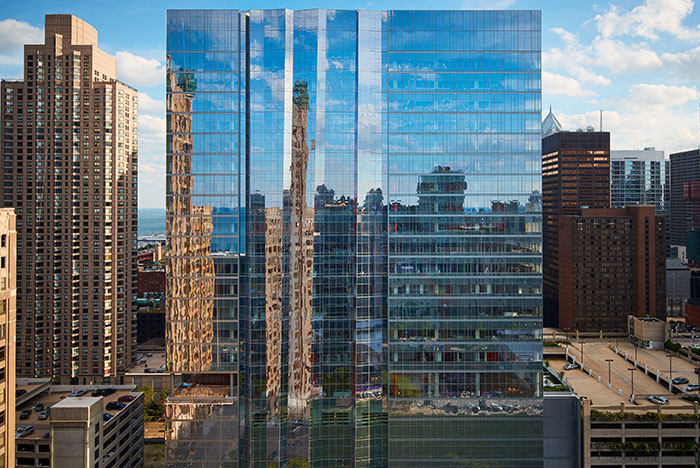 The new Shirley Ryan AbilityLab in Chicago represents a major development in health care through its first-ever, high-level integration of scientific research and patient care in a rehabilitation hospital designed to inspire and promote healing.

The 27-story, $550 million facility comprises 1.2 million square feet, 800,000 of which is devoted to clinical care and research that will make the new hospital one of a kind in the U.S. when it opens March 25.

The new hospital also marks a major rebranding effort by the Rehabilitation Institute of Chicago (RIC), already renowned for its care for patients with severe, complex conditions, by changing its name to Shirley Ryan AbilityLab.

The hospital will include 242 beds, 60 more than that of the current hospital, and around-the-clock patient care that will set the AbilityLab apart from other hospitals of its type. 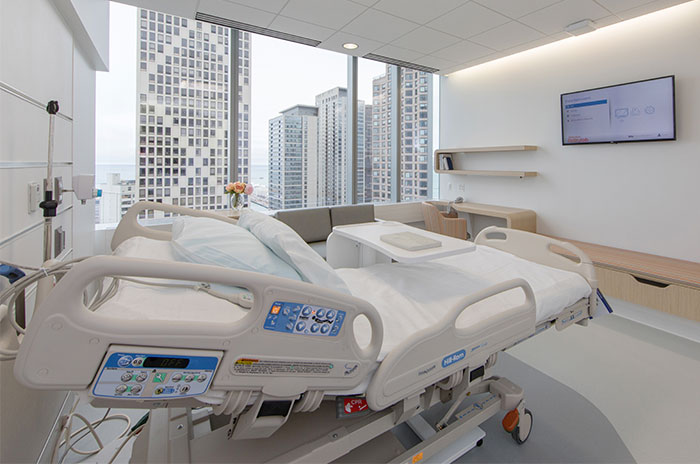 More than 1,800 staff feedback hours and countless conversations with patients and their families went into designing the center's patient rooms.

The AbilityLab is touted by RIC as the first-ever “translational” research hospital in which clinicians, scientists, innovators and technologists work together in the same open spaces, discovering new clinical approaches and applying — or translating — research in real time.

“This model of translational research will change the way people work and the way patients get better, increasing the likelihood that promising research ideas will be converted into viable medical treatments,” says Joanne C. Smith, M.D., president and CEO, Shirley Ryan AbilityLab.

The Chicago offices of design firms HDR and Gensler partnered on the project and utilized the specialized experience of both, says Abigail Clary, director of health, HDR, and principal in charge of the project.

The AbilityLab introduces its translational model of care through five applied research and therapeutic spaces, including the:

Interdisciplinary teams develop new research and insights to help patients gain more function, achieve better outcomes and enjoy greater ability and independence. Each lab has a unique configuration based on a targeted function and the type of experimentation taking place therein.

As an extension of RIC’s and Smith’s philosophy and emphasis on ability and healing rather than disability, the hospital’s design is intended to serve as inspiration to patients and staff, Clary says. 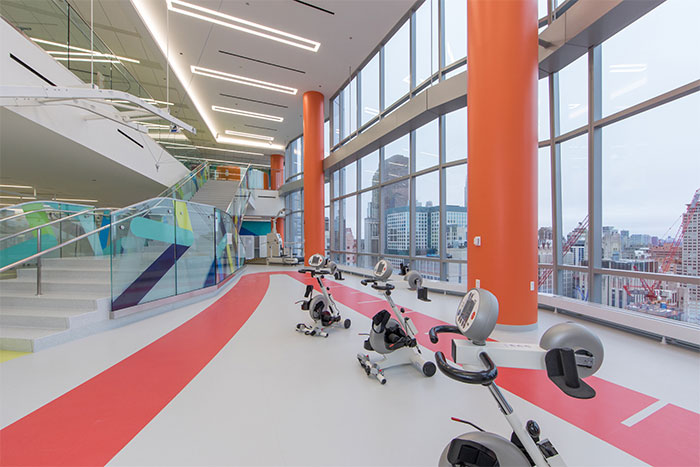 The Strength + Endurance Lab is one of five applied research and therapeutic spaces in the new hospital.

The hospital was designed from the inside out, with the emphasis on how the interior space would serve the patients and staff, she says. The labs,  designed to offer co-visual presence, reinforce the objective of instant collaboration among clinicians and researchers, she says.

“The design allows the patients to see each other and their activity. They can get inspired by seeing someone else’s progress, but it also allows visual connection for the research groups, again to provide more opportunity to allow for more collaboration,” Clary says.

The labs are located on the upper floors of the hospital and feature floor-to-ceiling windows that provide a view of Lake Michigan. Three of the five spaces include a grand staircase used for rehab. The rehab spaces and flooring are designed so that there is a connection to the equipment used by patients and staff.

The front of the modern, forward-looking facility features an angled exterior to celebrate the work and research going on inside the hospital,  she says.

The hospital’s ground floor was designed to accommodate the flow of cars that arrive to drop off patients, a frequent problem at the current RIC hospital. 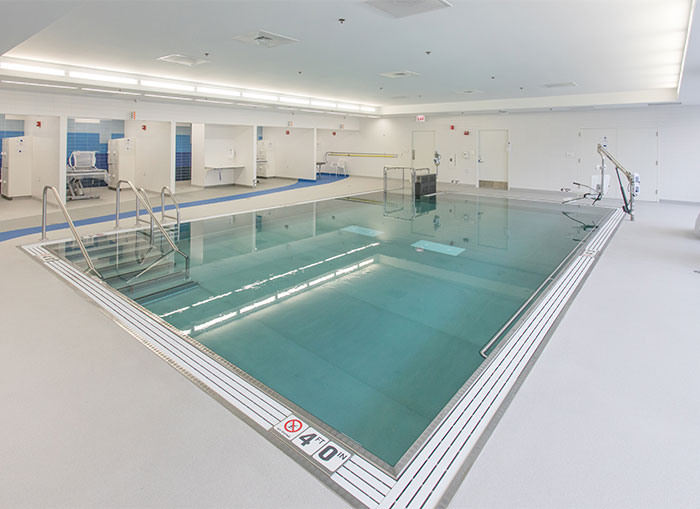 The Shirley Ryan AbilityLab pool will be used for patient therapy.

Patients enter a pre-lobby area and take elevators to an upper floor where the main lobby is located in a two-story atrium in which registration takes place. Other administrative functions are also located there along with a chapel and garden area, Clary says.

New branding will be reflected at the downtown Chicago flagship hospital starting March 25 when RIC will become Shirley Ryan AbilityLab and continue shortly thereafter at the health system’s 40-plus sites across Illinois and Indiana.

Betsy Owens, chief marketing and innovation officer for AbilityLab, says the name change from RIC “shifts the focus from disability to ability, and from the process of rehabilitation to the outcome.”

Project integrates care and research in one facility