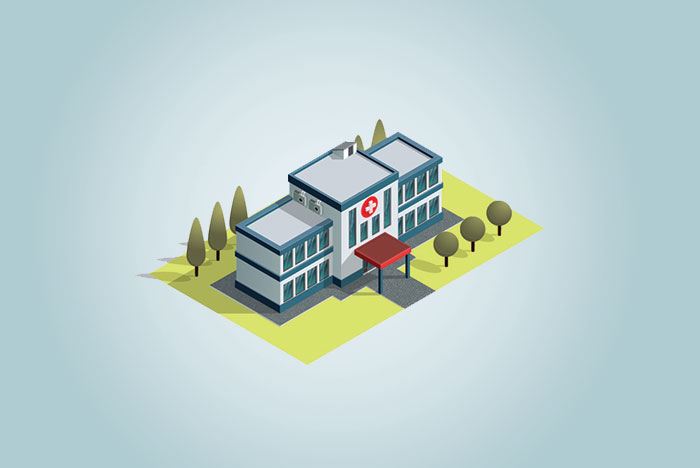 These regulations can affect a number of things, including the design of a building, the services offered at a facility or the site where it’s built. For example, some states require that the emergency department entrance be separate from the main entrance, says Kevin Harney, AIA, NCARB, principal, architecture firm ESa, Nashville, Tenn. Kevin TenBrook, AIA, LEED AP, NCARB, partner at architecture firm PhiloWilke Partnership, Houston, says some states require surgical services to be provided for a hospital to receive a license, while other states do not.

He says, too, that local zoning laws can restrict hospitals to certain types of sites. Retail locations are ideal for microhospitals, “but the way zoning ordinances are written in most jurisdictions, they really view a hospital only in the context of a big megafacility,” he says. He tells of one health care client that was required to purchase a larger site than originally planned for a microhospital in order to meet the minimum size for a locally defined downtown hospital district.

“Regulations just aren’t written with this kind of facility in mind,” says TenBrook. This is true of licensing requirements, too. “At the state health boards that you go to for licensing, the way their requirements are written, you’re really doing a lot of interpretation to see how you fit the regulations,” he says.

No states have defined a ‘microhospital’ as a separate building type, says Michael Pukszta, AIA, director of CannonDesign’s global health practice. “You have a whole series of codes and regulations that you have to follow for a hospital, but sometimes you’re slightly off the menu when you do one of these.”

While he emphasizes that in “the states where we’ve done them, we’ve found a fair amount of flexibility,” Pukszta says microhospital projects have several unique characteristics and “understanding some of those regulatory requirements is key.”