Health systems consolidate training for multiple disciplines under one roof 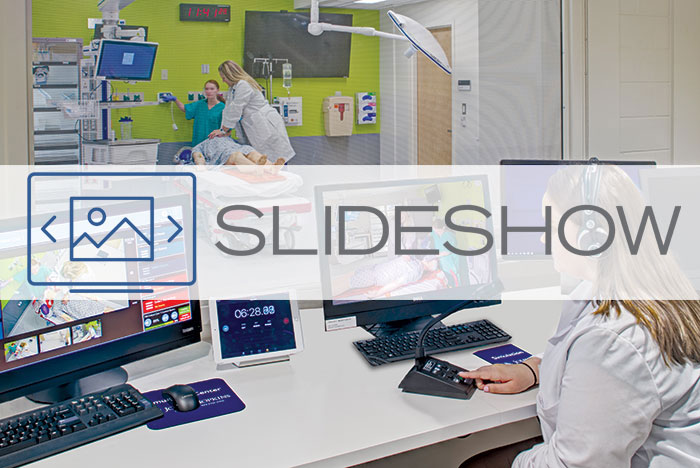 As health care delivery and the related technology continue to grow in complexity, medical simulation centers also are evolving to provide clinicians and medical students with the most realistic and educational experiences possible.

While the exact numbers are unknown, Health Facilities Management reported in 2012 that there were at least 1,000 simulation centers in the U.S. at that time and the number was increasing rapidly.

The trend continues along with an increase in the number of hospital-based simulation centers, says Christine Park, M.D., president, Society for Simulation in Healthcare, Washington, D.C.

“We are seeing growth in terms of hospital-based simulation centers, as well as those based elsewhere, such as within universities,” Park says.

The trend toward hospital-based simulation centers reflects the belief that veteran clinicians need to maintain or learn new skills, too, and proximity to a center encourages their use, she says.

Though the numbers are small so far, another trend involves construction of large, so-called megasimulation centers that offer education and training in multiple medical disciplines equipped with virtual and augmented reality devices and high-response human patient simulators designed with artificial intelligence for added realism.

A case in point is the five-story, 192,000-square-foot Davis Global Center, headquarters for the Interprofessional Experiential Center for Enduring Learning program, which is under construction on the campus of the University of Nebraska Medical Center (UNMC). The state-of-the art interprofessional, clinical simulation facility is scheduled to open in the fall 2018.

The technological marvel will include the latest reactive human patient simulators for clinicians and students to work on; surgical simulation; an array of interactive visualization technology such as head-mounted displays; 2-D interactive, touch-screen learning walls; and 3-D and virtual immersive reality environments, according to UNMC.

Virtual reality and augmented reality devices do not eliminate or replace medical equipment for the simulation center, says Ray Layne, manager of advanced simulation operations, UNMC. But they do intensify the learning experience.

“They immerse the student and engage the student more,” Layne says about the technology. “The students using virtual reality are more involved in learning and they’re more interactive.”

Though smaller in size than UNMC’s facility, the Johns Hopkins Hospital’s new 23,000-square-foot simulation hospital provides the same critical educational and training functions for hospital staff and medical students and with lifelike equipment.

The reality of designing simulation centers

A hospital, a school and even a grocery chain use advanced tech to serve patients better.