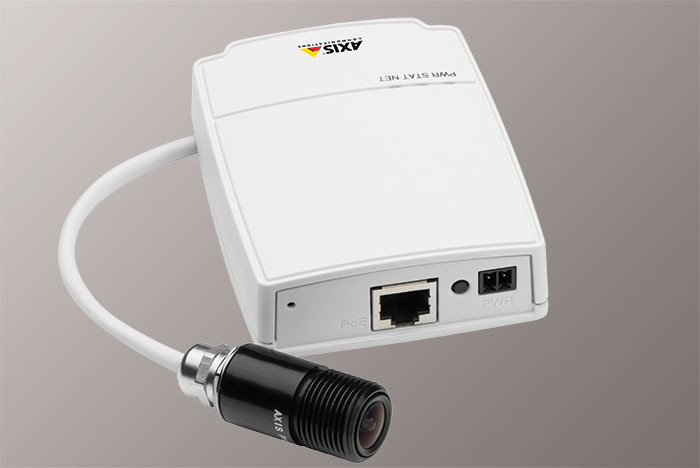 As part of CentraCare Health system’s security upgrade, pin-hole sized, HDTV-quality network cameras were installed in the ceiling above lockers where drugs were kept.

After a period of extensive growth, the CentraCare Health system, St. Cloud, Minn., needed to update and coordinate its safety and security systems at its four hospitals and numerous other health facilities throughout the state.

The health system determined it was essential to install a security system that would provide central oversight to help keep patients and staff safe while also monitoring sensitive assets such as narcotics lockers.

As a start, CentraCare partnered with security system design and integration firm Pro-Tec Design, Minnetonka, Minn., and embarked on a multiyear project that began with replacing its old access control technology with an internet protocol (IP)-based system which, in turn, led to migrating its analog CCTV system to IP video.

CentraCare installed new drug lockers controlled by magnetic card readers which solved a problem of having issued duplicate keys over the years. But to provide full security, the health system needed to visually identify everyone who would be swiping his or her card for access.

Pin-hole sized, HDTV-quality network cameras made by Axis Communications, Lund, Sweden, were installed in the ceiling above lockers where drugs were kept.

To protect patient privacy, the cameras maintain a narrow field of view focusing solely on the lockers, and hospital staff now can visually verify who opens a locker after the installation of new video management software.

“We have now adopted a redundant, cross-referenced approach to controlling access to narcotics,” says Bill Becker, director of safety and security, CentraCare Health.

The solution was a success, and CentraCare extended the access control and video surveillance strategy to other sensitive and high-risk areas in the system.

At the same time, CentraCare was sensitive to complying with HIPAA and Joint Commission patient-privacy standards. This meant ensuring that any surveillance of patient care would be monitored by clinical personnel only and not shared through a universal system, such as a security operations center. Violating patient-privacy regulations can affect accreditation.

The cameras monitor everything from front entrances at health facilities and patient wards to ambulance bays and weapons-screening areas. Only a handful of the original analog cameras, now network-enabled with encoders, are still in place.

“Because CentraCare runs fiber between most of its facilities, we’re able to stream the video back to St. Cloud’s security center for storage on servers,” explains Tim Ferrian, director of sales and marketing, Pro-Tec Design.

“Where the pipeline is too small, we record and store the video locally. But the security director and his team can still view live and recorded video from all the cameras in the system,” he says.

While risk management was the initial impetus for upgrading the security system, CentraCare began using the cameras for patient care and safety as well. Additional uses include monitoring high-risk patients in the emergency and psychiatric evaluation rooms, both the neonatal and pediatric intensive care units, and the birthing rooms.

Decoding requirements of the 2012 Life Safety Code and the 2018 International Building Code.