The engineering initiative was achieved via retrocommissioning and technology upgrades 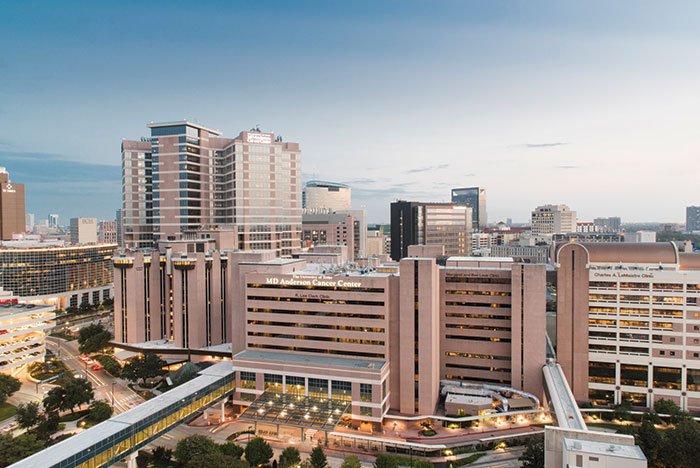 The University of Texas MD Anderson Cancer Center in Houston.

A two-pronged strategy of retrocommissioning combined with technology upgrades has enabled The University of Texas MD Anderson Cancer Center, Houston, to cut energy use and costs while also improving patient satisfaction scores.

The scores had peaked at about 82 (100 being the highest), which caused the facilities staff to take a hard look at how the HVAC system was functioning by conducting a retrocommissioning project as a result of a Six Sigma program undertaken by the department.

The project uncovered a previously unknown number of broken or poorly functioning fans, dampers, thermostats and more. After fixing the deficiencies, staff reduced the number of patient rooms that had failed to meet the temperature range of the designated setpoint, Peglow says.

“What we found was nothing out of the ordinary or at a high level of disrepair, but enough problems that, if it starts to add up, it causes system performance problems. They were problems not readily apparent before we went through the system,” he says.

Another key action taken to improve patient comfort and stabilize room temperatures involved installing self-controlled digital thermostats in each patient room, Peglow says. This enables patients, nurses and other clinical staff to adjust the temperature in each room to the patient’s preferences within a range of 68 to 78 degrees F.

Not only did patient satisfaction scores increase about 10 points in a short time, but, as an unexpected bonus, the hospital has experienced energy savings of about $700,000 annually since the retrocommissioning project a couple of years ago, he adds.

“If you look at not just doing the comfort but you also put the energy efficiency behind your work, you can improve the comfort and probably still generate a significant return on investment, too,” Peglow says.

Still another benefit of the retrocommissioning project and other upgrades is a major reduction in the number of calls from patients and staff about room temperature discomfort. “We ended up reducing the [number of] calls we received about patient room temperatures by 30 to 50 percent,” he says.

Peglow co-presented a report on the project with Dino Coliano, North American business leader of health care for Siemens Building Technologies, at a well-attended session at the annual conference and technical exhibition of the American Society for Healthcare Engineering of the American Hospital Association in August.

“We have a strong sense of the patient experience and [we are] trying to make it as positive as we can. Historically, that has been and still is one of our key strategic drivers,” he says.

Technology and engineering systems help to boost environment of care