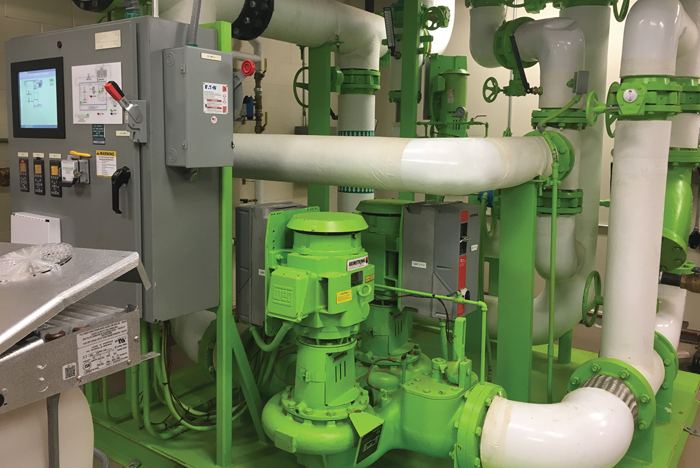 This geothermal package pump skid and control system, which serves 196 bores, allowed downsizing the bore field in conjunction with an auxiliary heat-rejection system.

Projects like the 208,700-square-foot Methodist Le Bonheur Healthcare Olive Branch (Miss.) Hospital sometimes receive their most attention when the ribbon is cut.

The anticipated LEED Gold for Healthcare certification, the exceptional attention to sustainability, and the use of integrated project delivery (IPD) to meet a strict budget and construction timeline are all aspects that capture public attention.

But the real story begins almost five years later, when it is time to reveal whether the many promises and expectations of an energy-efficient facility that meets its goals have come to pass.

In late summer 2013, Methodist Olive Branch became the first newly licensed hospital to open in the state of Mississippi in 25 years. When Methodist Le Bonheur Healthcare was approved to build a new hospital, it was a sprint to get it built and into service for the people of north Mississippi. With a 24-month construction timeline and a $1 million per bed budget that were nonnegotiable, Methodist Le Bonheur’s bar for performance metrics and patient satisfaction also was high. Their sights were set on Environmental Protection Agency Energy Star certification and U.S. Green Building Council LEED Gold for Healthcare certification, which would be the world’s first. 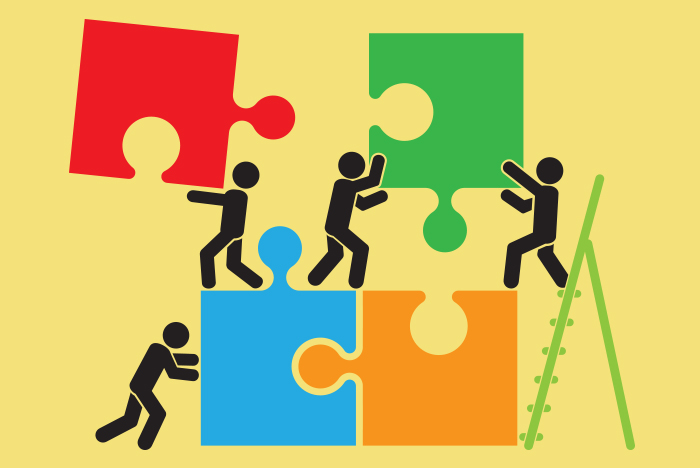 Due to the nonnegotiable parameters, the owners knew they needed to do something different and take some calculated but visionary risks. General limited capital, an environment that was adjusting to health care reform, lower reimbursements and other factors shaped a pro forma that was new to the field, and the owners were convinced that IPD was the way to go.

IPD proved necessary to HVAC selection, which depended on the construction manager’s detailed first cost estimation, the architect’s and engineer’s evaluations of space and system impacts, the structural engineer’s floor- and roof-loading analyses, and the owner’s assessment of operation and maintenance issues, among other elements. With this being new construction geographically far removed from Methodist’s other facilities, the owner assembled a user group that represented staff members from its other five facilities who provided insights on best practices for both facility services and patient care, so that design decisions would include perspectives of those being served by the facility, those using the facility and those maintaining the facility.

Company leadership took a personal interest in the project as well, with Methodist Olive Branch CEO David Baytos often present to ensure that the patient perspective remained central to every design decision.

The cost of operating an HVAC system can make up two-thirds or more of a hospital’s entire energy use and is a common source of complaints from patients and providers. The Olive Branch design team agreed that getting the HVAC system right in terms of cost and performance was key to adhering to the overarching priorities of the healing environment — patient comfort, exceptional care delivery, efficient facility operation, flexibility for future growth and overall patient satisfaction.

The following elements served as guiding criteria to select the highest-performing HVAC system with the lowest life-cycle cost:

For each of these contenders, the team developed advanced schematic designs with energy modeling, space-use analysis, detailed first-cost studies, and potential operation and maintenance issues, such as equipment replacement or effects of possible component failures.

Cost projections for each system consisted of first costs and seven-year operating costs. First costs included equipment costs, related electrical costs, floor-space requirements, and floor-to-floor height requirements, all of which were driven by project scope, objectives and constraints. Seven-year operating costs included both projected energy costs for each system, and operating and maintenance costs (i.e., labor, repair and maintenance). The projected costs and energy metrics were consolidated into a matrix that distilled the relevant information [see table above].

The IPD team selected the ground-source heat pump system with a geothermal bore field, which offered an energy utilization index (EUI) of 158.3, the lowest among the five options. This system offered significantly lower energy costs and the lowest operations and maintenance costs, both of which contributed to the lowest overall seven-year operating costs. The added investment for the geothermal field was within Methodist’s seven-year life-cycle cost analysis, and its energy profile helped to offset increased heat loads from daylighting strategies used to achieve LEED credits.

Final energy models projected an EUI of 122 kilo-British Thermal Units per square foot per year, well below the industry average of 245 and significantly lower than the initial estimate. Spatially, the system eliminated the need for chillers, boilers and air handlers, and dramatically reduced ductwork space, freeing up more room for clinical functions and allowing for a smaller maintenance staff. With a geothermal heat pump for each patient room, patients can control their own room’s temperature directly. Custom soundproof closets house the pumps and provide easy maintenance access from outside the patient room, resulting in minimal patient disruption.

As staff have become more proficient at using the system, efficiency has increased and energy costs have decreased. Not only has the system delivered cost savings and improved sustainability over a conventional HVAC, due to the commitment of Olive Branch’s facility staff, the hospital is performing even better than predicted. It’s important to note that over this four-year period, inpatients served at Olive Branch increased from 47,249 in 2014; 57,892 in 2015; 66,068 in 2016; and 68,500 in 2017.

A staff of four full-time employees operates HVAC, and the system does not require the around-the-clock presence of a facility engineer. By contrast, hospitals of similar size that use a conventional HVAC require three to four additional full-time staff. The absence of boilers and chillers has made a smaller staff possible, in part because a steam boiler requires someone on-site 24/7 to monitor. The preventive maintenance budget for boilers and chillers also tends to be greater due to the higher cost of replacement components.

The decentralized nature of the Olive Branch system requires the maintenance of more than 200 heat pumps, but they are not expensive to repair. Additionally, a failed heat pump will impact a single patient room, while a failed boiler will affect an entire wing.

“We have been able to realize a lower utility cost year over year, in part due to dialing in and balancing our 215 heat pumps and geothermal loop system to run as efficiently as possible,” says Michael Nolan, director of facility services at Olive Branch.

With regard to patient feedback, the Press Ganey Patient Satisfaction Survey reports that Methodist Olive Branch was nationally ranked in the 83rd percentile for patient satisfaction. The Press Ganey associate feedback survey for 2017 placed the facility in the 97th percentile nationally.

Choosing an HVAC system this innovative required the maintenance staff to learn how to operate and maintain the equipment. But due to the collaborative culture of the project, Olive Branch leadership deliberately sought new hires who were interested in the challenge.

While a conventional system has fewer but more expensive parts, the geothermal system involves less expensive but a greater number of parts. With more than 200 heat pumps and eight DOAS units, there are many filters to monitor and change. And while it doesn’t happen often, there is occasional loss of pressure in the geothermal loop caused by leaks that can be repaired but are hard to trace.

The system initially experienced frequent DOAS unit-compressor and other refrigeration system failures. In fact, more than 30 percent of compressors have been replaced. There also were early issues with energy consumption and costs higher than predicted later in the design process, which was caused by the lack of low limits on the DOAS unit DX coil discharge air temperatures. The team also adjusted the fan speeds and air balancing issues to correct this issue.

It took some time for the new staff to fine-tune the balance for the bore field loop and flow to individual heat pumps to achieve greater energy efficiency.

“Once we were able to overcome the initial challenges, the system has performed almost as advertised,” says Nolan. “[It] does involve quite a bit of continuous preventive maintenance due to the hundreds of heat pumps, but we have a great team that thrives on making it work as efficiently as possible.”

Taking advantage of each members' expertise is vital to selecting the right systems for the project.

How to use staff orientation and training to overcome performance issues.