A group of health care engineers found an average of $103,000 in possible energy savings in a northwest hospital 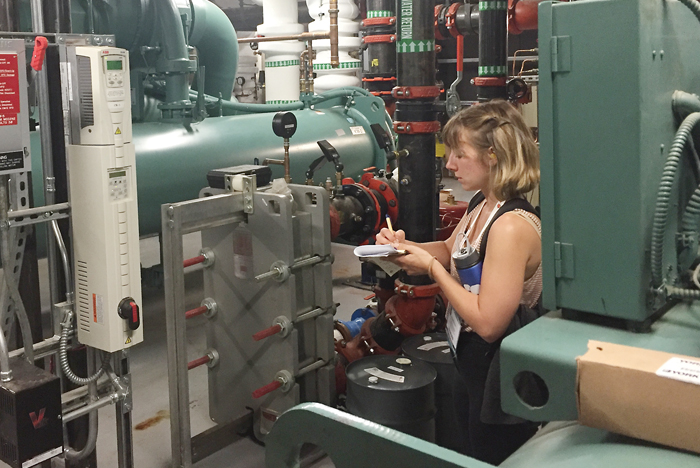 In July, a group of American Society for Health Care Engineering (ASHE) members suspected something was wrong when they felt a surge of cool air wafting up from the greenhouselike dining room below as they stood near the edge of the roof of Northwest Hospital & Medical Center in Seattle.

They quickly figured out the problem: The room had an air conditioning unit that operated separately from a system that opened the roof vents at a certain temperature, which meant the vents sometimes opened just as the air conditioning kicked in. 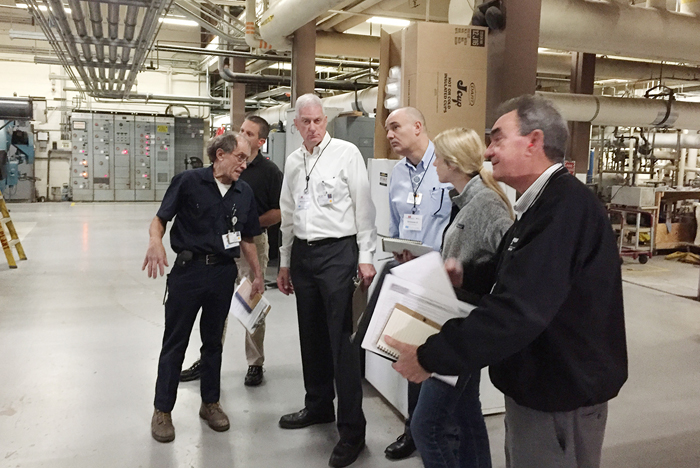 Who should be on the treasure hunt team?

“Few hospitals realize the impact effective power management can have on patient care,” says Justin Carron, global segment director for power management company Eaton, which sponsored the Treasure Hunt training session. “This represents one of the many opportunities to lower energy consumption if hospitals know where to look, and money saved by reducing energy costs can be reinvested back into providing more effective care.”

The event was the fourth treasure hunt held at a hospital. In a treasure hunt, a group scours a hospital looking for potential energy-saving fixes. The first hospital treasure hunt occurred in Bloomington, Ill., in November 2017, followed by events in Monmouth, Ill., and Albemarle, N.C.

As the hospital treasure hunt movement grows, best practices are beginning to emerge, ranging from C-suite involvement to building the right teams to tracking the results.

“Each treasure hunt is a little bit different, based on the hospital and the people involved,” says Clark Reed, the national program manager of EPA’s Energy Star Commercial Buildings. “But there are some success factors that they all have in common.”

A treasure hunt can be mildly disruptive to a hospital’s facility operations, and implementing recommendations that result from the hunt often require leadership approval. Thus, explaining the concept of the treasure hunt to the C-suite, and receiving approval and support, are essential.

“You have to remember that the results of the hunt will be presented to the CEO, so they have to be on board from the beginning,” says Bruce Bremer, who led the training session in Seattle. Bremer and his team developed the treasure hunt concept while employed by Toyota Engineering and Manufacturing, North America. Bremer is now president of Bremer Energy Consulting Services Inc.

Often, when it comes to the C-suite, dollars speak. Thus, facility leaders trying to get their CEOs enthused about a treasure hunt may want to explain that with the four hunts completed so far, the newfound savings ranged from $75,000 to $206,000, with a median of $103,000.

Having C-suite support not only helps smooth the treasure hunt while it’s underway, but it also helps develop the philosophy that looking for energy savings is part of the culture of the hospital. When employees — including clinical, administrative and facility staff — learn that the CEO is encouraging the pursuit of energy savings, the enthusiasm won’t end when the treasure hunt concludes.

“During a treasure hunt, the teams focus on identifying energy-efficiency improvements, but equally important is developing the philosophy of building an energy culture inside the organization,” Bremer says. “The purpose of the treasure hunt is to do both.”

Even after the C-suite is on board, a successful treasure hunt requires many months of advance planning.

Having the EPA’s Energy Star program involved early is a good step. The EPA has a 34-page PDF about how to organize a treasure hunt — including checklists, calculators and other handy tools. The booklet and other free treasure hunt resources can be accessed at www.energystar.gov/treasurehunt.

Among the other primary planning jobs is assembling the right team. Participants should include a mix of internal hospital facility personnel, outside contractors who are familiar with the hospital, and at least one person who has experienced a treasure hunt elsewhere [see sidebar at left].

One area that is often overlooked is building enthusiasm for the treasure hunt. If the facilities people perceive that the treasure hunt will be like an audit, with a bunch of experts probing their areas for flaws, the mood of the hunt quickly will go sour.

“We don’t use the word ‘audit,’” explained Bremer in his introductory remarks at the Seattle event. “That word has negative connotations that we don’t want associated with the treasure hunt.”

Patrick Costello, manager of energy and sustainability for OSF HealthCare in central Illinois, which has conducted two treasure hunts, also notes the importance of setting the proper mood for the event.

“The facilities personnel see a lot of outside people coming in and making negative audits, but in the case of a treasure hunt, it’s a positive event,” Costello says. In the hunts in which Costello participated, the facilities staff were encouraged to fully take part and openly discuss issues with the outside experts on the teams. “That engagement is something that can really energize the facility team to keep an eye out for energy-saving opportunities even after the treasure hunt. The facilities personnel of both of these hospitals are bringing more of these things to our attention now.”

The treasure hunt itself begins with introductions of the participants and division into teams, if there are enough people. Each team typically includes someone who is knowledgeable and enthusiastic enough about the process to raise the excitement level of the team.

The hunt leaders offer participants a lay of the land and brief them about the hospital’s major systems, such as HVAC, electrical and the building automation system (BAS), so they can wrap their minds around the facility.

Next, leaders offer a safety and HIPAA briefing. A hospital is not a regular building, and everyone should be aware of the restrictions and hazardous areas before they venture out.

The following best practices apply to the hunt itself:

Analyzing the discoveries from the treasure hunt is the next step in the process. This involves estimating how much money will be saved annually by correcting the problems and calculating the return on investment (ROI) for corrections that require an investment.

At the Seattle event, Bremer provided spreadsheets with calculations already embedded to determine the cost savings and ROI of numerous common fixes. Typically, each team chooses two or three key findings to share in the report, and they detail these findings in a PowerPoint deck.

The report-out meeting is where all the pieces come together. Senior hospital leaders should be invited, and everyone on the team should take part in the presentation. The estimated savings for all the projects, and their ROIs, should be presented. A report-out meeting builds enthusiasm for correcting the problems.

“It was great to implement the treasure hunt and get the team excited about it,” said Kevin Kajita, formerly assistant director of facilities at Northwest Hospital & Medical Center, after the report-out in Seattle. “The event played into the culture of sustainability that we’re trying to create here. Whenever people can see improvements right from the get-go, it’s a positive.”

Ed Avis is a freelance writer based in Chicago.