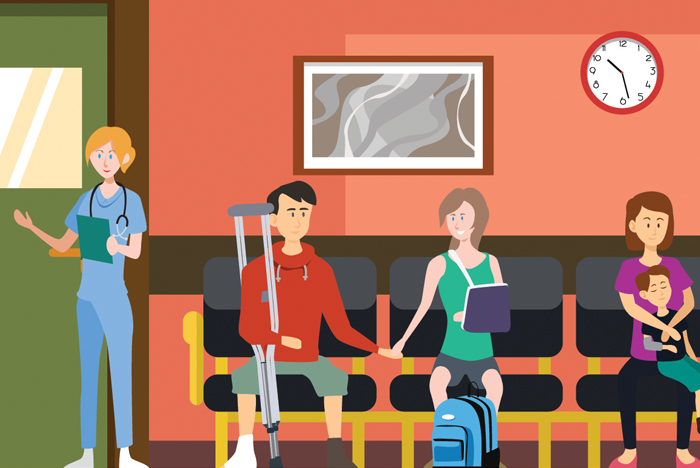 A health care organization wanted to add a remote emergency department (ED) in 2008, well before the trend really began. It picked a location that would enhance its name recognition, and be a feeder to existing hospitals. It was connected to an outpatient clinic, would allow it to later justify a certificate of need (CON) for a hospital and was even next door to a 55-and-older community. 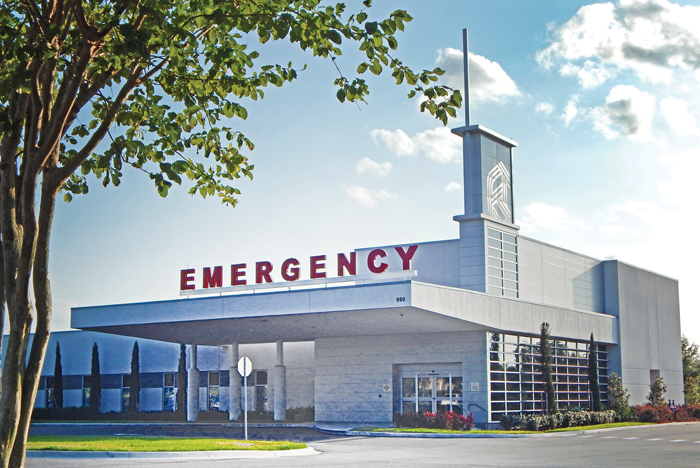 There was only one problem with that location — it was a single-story gym focused on rehabilitation. How could the space be converted into a functional and code-compliant remote ED?

The support spaces ate square footage quickly. The organization wanted to have an on-site pharmacy as well as minimal lab functions. Central sterile wouldn’t be done there, except for minor flash sterilization, but would be done at its hospital about 10 miles away. Additionally, all utilities were moved inside of the dedicated institutional occupancy with separation at the service transformer from the rest of the building. However, the biggest challenge was structural. New footers and columns were added to support the air-handling equipment on the roof, as well as structure work around the X-ray. The structure quickly became the driver for the space layout. Overall, the facility ended up with 11 exam rooms and one trauma room, all organized around a single centralized nurses’ station.

Ultimately, the remote ED was a success. People were admitted into the health care system and, once stabilized, were sent to the main hospital. The organization added an on-site helipad for emergencies. Census increased in its nearby hospitals, and the organization was able to justify a CON for a new hospital nearby.

It was expected that the remote ED might see reduced visits after the opening of the hospital, but that never proved to be true. Even after a second expansion to the nearby hospital, the remote ED continues to serve the community at a high level.

James Ferris is chief operating officer at TLC Engineering for Architecture, headquartered in Orlando, Fla. He can be reached at James.ferris@tlc-eng.com.

Sailing into the future